Stepping Inside Your Own World – 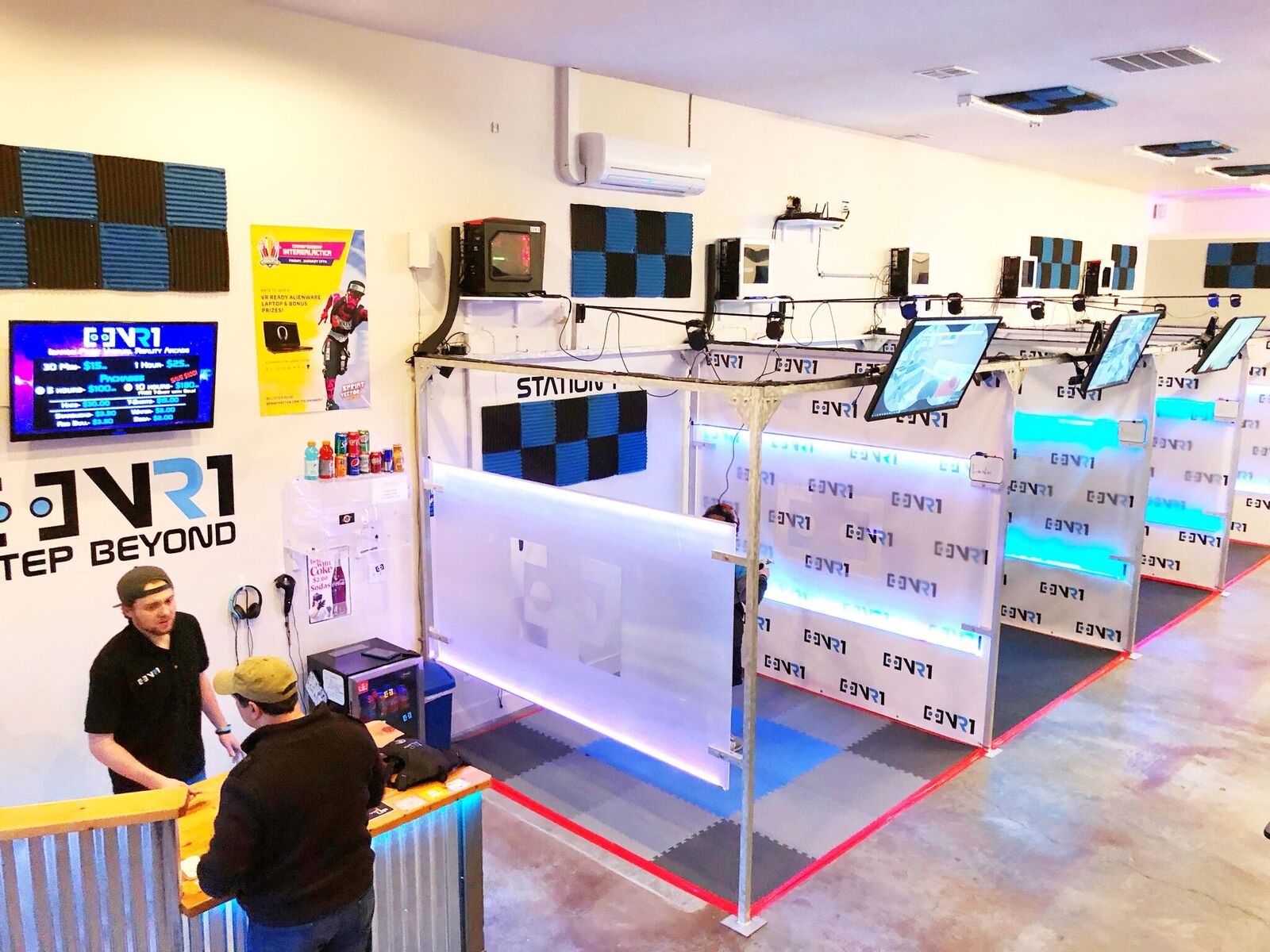 Imagine being able to travel anywhere without leaving the Treasure Valley, or without leaving an 8×8 box. At VR1 Arcade, opportunities on where to go and what to do are endless.

“Once they’re inside the headset, they can travel anywhere,” owner Brendan Smythe says. “It’s basically endless, and that’s the benefit of virtual reality is that it’s all computer generated so you can create anything you’d like.”

The large range of options can have people choosing from playing a sport, such as bowling, tennis, or basketball to being a super hero, such as Spider-Man or Batman.

Smythe opened the arcade when he saw a need for more family-friendly entertainment in Eagle. Being the only virtual reality arcade in Idaho, VR1 Arcade has experienced a heavy amount of traffic from all age groups.

“It’s purely all ages in between,” he said. “I’ve had 93-year-olds, I’ve had 5-year-olds, and all of them have found something that they can do.” 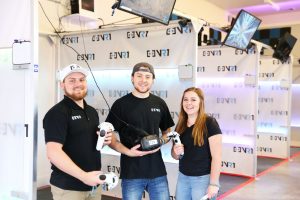 Smythe was first introduced to the technology when working for real estate, where he would walk clients through their homes using virtual reality. Now with a larger space, Smythe uses the arcade to show floorplans in the morning and for arcading in the afternoon.

He also hosts events in the arcade, such as competitions and tournaments with VR athletes around the world. But many of his clients are not considered gamers, as he said that’s a big misconception of the arcade.

“A lot of people think since they’re not a gamer it’s not for them, but I don’t see a lot of gamers coming here,” he says.

As the arcade celebrated its first anniversary in February, Smythe hopes to focus more on the health benefits of virtual reality. He has seen the technology allow people to workout and burn calories without realizing it. One of their clients even lost 500 calories while playing! While majority of people may not like working out, they can definitely discover something they like doing on virtual reality.

“We get scenarios where a dad, who’s 50 years old with bad knees, can now play baseball and actually hit the ball and run on the field and get the full experience, but it doesn’t require that much of him,” Smythe said.

He works to promote using the technology as an exercise and offers a workout session every other Monday from 7 am to noon. During those times, customers get a 20% discount to come workout. 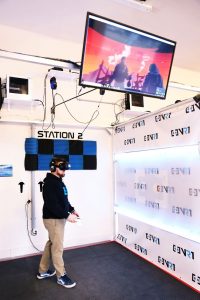 with others, while still having a barrier between them.

Smythe is in the process of opening a second location, as he sees virtual reality becoming more popular. “The new technology that’s coming out is one thing to look forward to. We’re going to be able to get a warehouse next, which will be a larger place. The goal of that is to walk around a 30×30 space.”

Smythe hopes to have the new facility open and equipped with the new gear by this year.