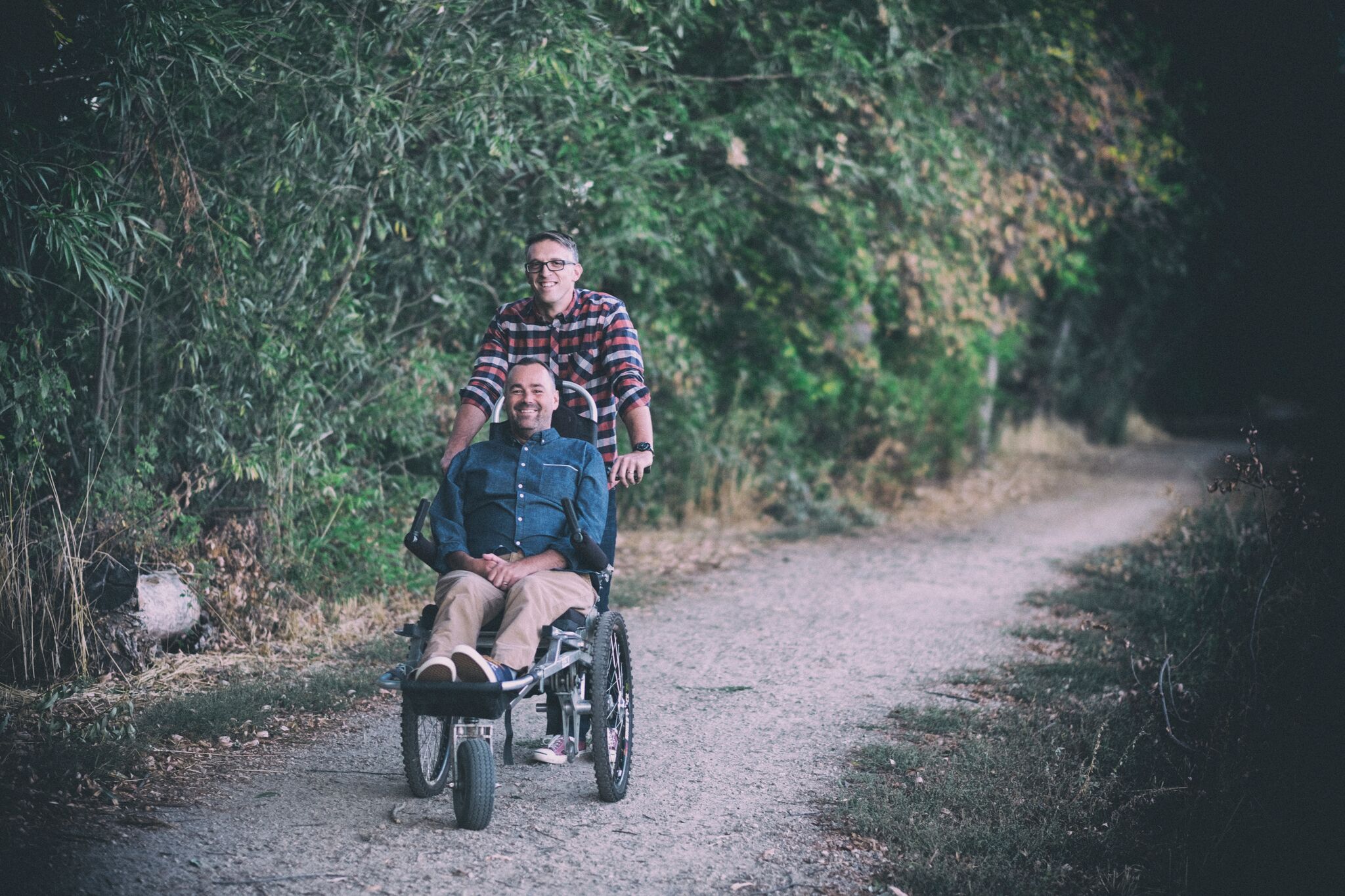 A Story of a Remarkable Friendship and Astounding Courage

It’s been said that everyone has a story. Eagle, Idaho, is home to about 25,000 residents – that equates to 25,000 stories. Here is a snapshot of just one of those stories about two extraordinary men, your neighbors, Justin Skeesuck and Patrick Gray.

Justin and Patrick’s lives have been intertwined since birth. They built forts together as boys and dreamed of becoming world famous skateboarders. Instead, Justin grew up

to embrace graphic design and Patrick became a registered nurse and Director of the Spine Program at St. Luke’s Health System. Both men married and moved miles apart. Patrick and his family settled in Meridian, Idaho; Justin and his family in southern California.

When Justin was in high school, he was involved in a traumatic car accident that paved the way for a dormant neuromuscular disease (MAMA) to manifest in his body. Today, he uses a power wheelchair for mobility and has gradually lost the use of his legs, arms, and hands. While Justin has struggled with this loss of independence and control, he does not deter from a challenge. He has even traveled abroad and written a book called The Disabled Traveler.

Meanwhile, Patrick worked as a dedicated St. Luke’s employee. A self-described Type “A” personality, he spread himself thin in his roles as a nurse, husband, father, and friend to Justin and his family. 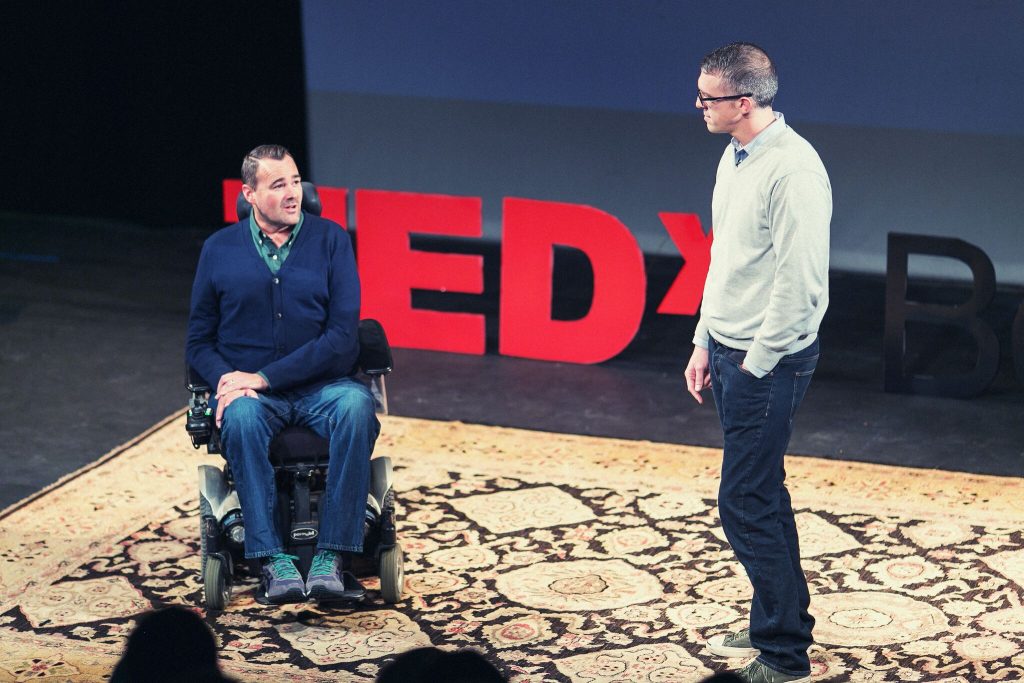 mino de Santiago, a 500-mile pilgrimage in northern Spain, entails a climb over the Pyrenees Mountains, through muddy, boulder-strewn trails, and miles of mind-numbing prairie. Justin said he wasn’t looking for the Camino – it kind of “found him” through a Rick Steves’ PBS travelogue. He thought, “I wonder if I could do it in my wheelchair?” When he asked Patrick if he would travel the 500 mile pilgrimage through Spain with him, Patrick barely paused before responding, “I’ll push you,” – and, he did. Patrick also remarks that while he might have been “the horsepower behind Justin, he pushes me in ways I can’t adequately describe, but they are beautiful.”

So why the Camino? Justin says, “I’m always encouraging people to trust your instincts. Trust your heart and what it’s telling you, because it’s telling you for a reason. You never know where it’s going to take you, but you can’t do it alone.”

Justin and his family moved to Eagle, ID, where Patrick and his family now reside. With the unending love and support from their wives, friends, family, and other travelers along “The Way,” they completed the Pilgrimage in 2014. You can read about it in their book, I’ll Push You. Or, watch their journey unfold in their documentary.

Patrick and Justin have a small group curriculum for churches which launched in January that “dives into the concepts that we really explore in the book …what vulnerability really looks like and what intimacy is, actually, as opposed to what our culture has sold us,” explained Patrick. They also have a children’s book that will be released in April.

Lessons learned? Too many to list! However, Patrick, who admits he can be a bit stubbornly independent, found that when the task was too difficult and “you think you are utterly alone, someone shows up.”

Both men express gratitude for the support that the Eagle community has provided. When asked what advice they would give their community, Patrick said, “At the heartbeat of any healthy community, one of the greatest gifts you can give somebody is to love all of them, in spite of who they are, for who they are.” Justin added, “It all starts with a hello!”