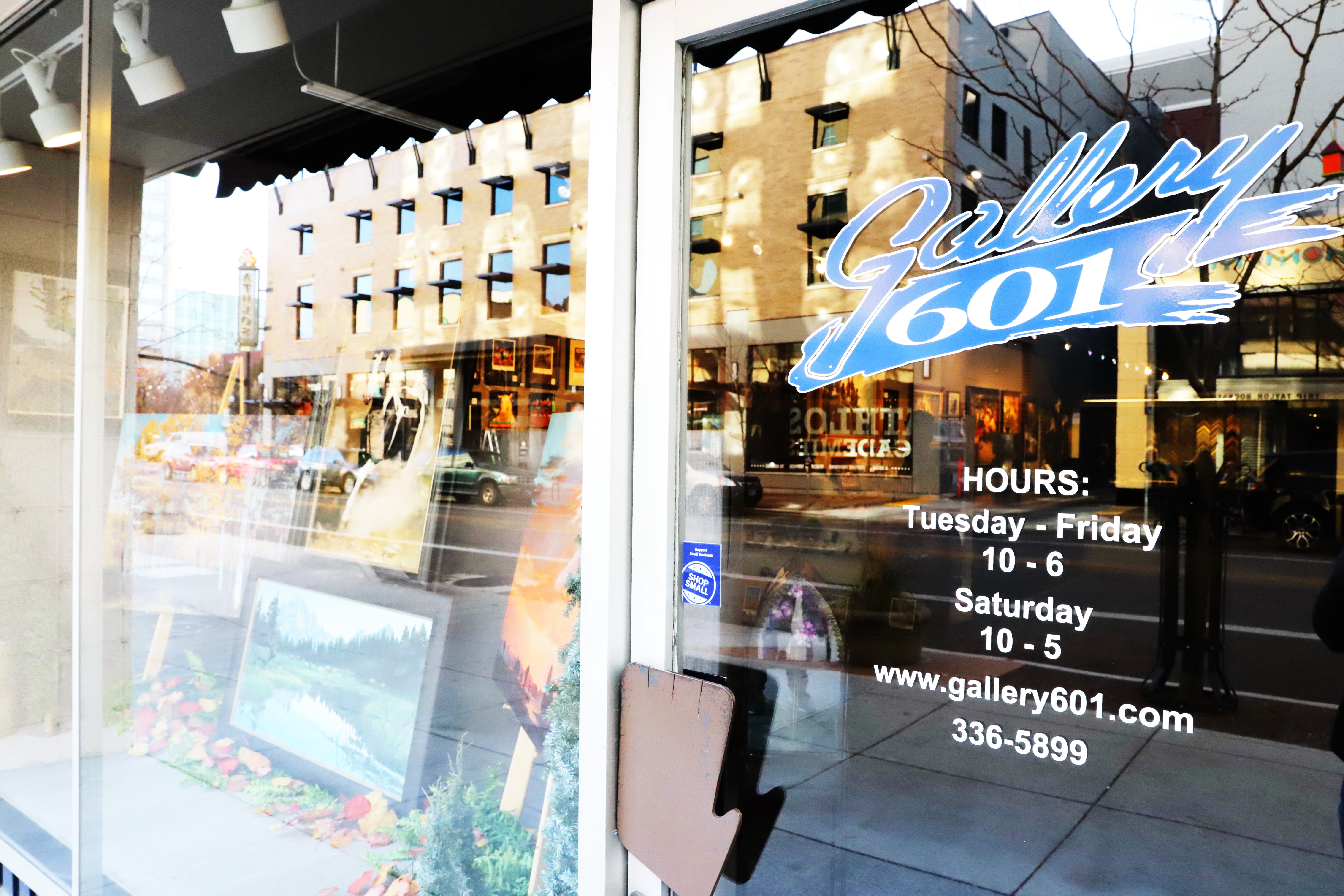 Creating A Community with Art

Over the past few years, Boise has grown exponentially with new creative outlets popping up daily. The downtown area is filled with new restaurants, breweries, and art installations, but some places have been giving back to the Treasure Valley community before it was a destination location. Gallery 601 is a true downtown Boise staple, getting its start almost 38 years ago.

While the gallery has changed overtime, one thing has remained the same, the charismatic owner Terry Begg. Terry originally came to Boise from Vancouver, Canada on a full-ride baseball scholarship to BSU. After college Terry worked at the Department of Corrections; at this time he started selling Charley Russell images. His images became so popular that his small side work led him to the opportunity to buy the gallery.

The gallery was originally located at 601 West Main Street, hence the name. Since then the gallery has moved to 211 North 10th Street where it has now been for 16 years. Gallery 601 was one of the first to be involved in First Thursday. Shortly after the gallery moved Terry met Christine Otradovec, who he is now happily married to. The pair have now run the gallery together for over 15 years. Along with offering original paintings and prints, the gallery offers a small variety of jewelry, handpicked from their trips to Africa. Museum-quality framing is also available. Along with the 10th Street location there is a second location located in the grove behind the ice rink that has a small selection of pieces.

Over the years, Terry has built many friendships with his artists, and he attributes at lot of his success to this. Terry explained that when artists come to town for shows, he has a very personal approach. From the time they step off the plane, everything is on him, he even houses most of the artists at his home, often creating true friendships with the people who make the beautiful artwork he displays at the gallery. Terry said, “The personal relationships built with a lot of artists created an artist loyalty that has allowed us to offer more originals, which now account for about 80 percent of our sales.” At his home he even has a wall that artists will paint on while passing through. An east coast publishing company handles a lot of Gallery 601’s bookings, but at this point Terry says that most of the artists are personal friends.

Gallery 601 gives back to the community in many different ways. Each one of the gallery shows is a fundraising event of some kind. The Gallery is responsible for the fundraiser that donated the planetarium at Capital High School. For the past 12 years, they have been hosting a silent auction fundraiser, called Art For The Animals, which Christine explained was very close to her heart. Originally the funds went to the Boise Zoo, but they now are given to the Idaho Humane Society. Their next fundraising event is going to be held at the Visual Arts Collective in May. After that they will have a fundraiser at a former governs property in McCall. The cause is still to be determined.

Terry and Christine have over 6,600 works of art that they have collected over the years, and Gallery 601 is an ever-changing staple of downtown Boise.

Previous article
Get Your Arcade On – In Eagle, Idaho
Next article
Find Your Voice, Share Your Story, and Be Unforgettable