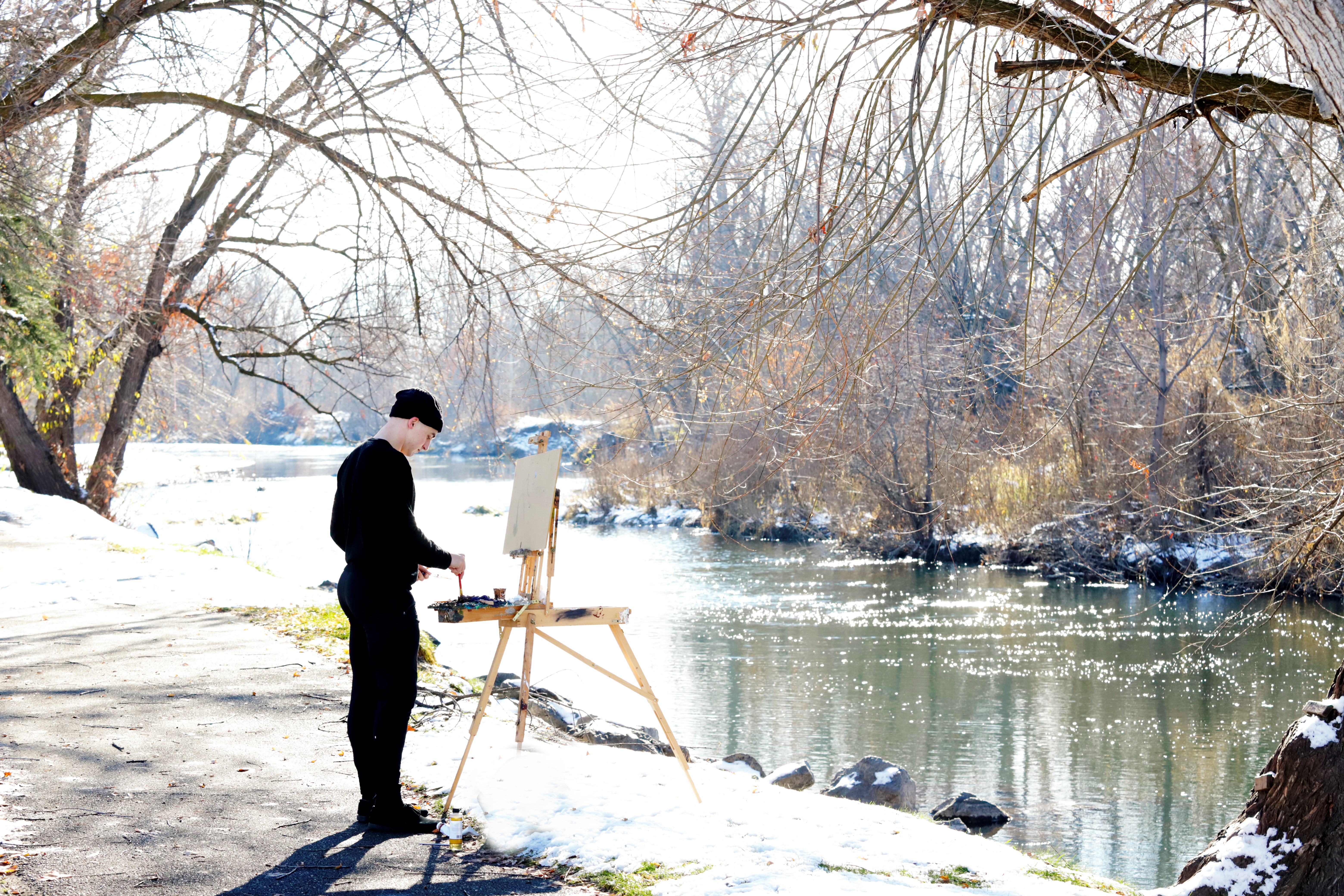 Exploring the World Through Art

“Every kid is an explorer; drawing, creating, and exercising their imagination in the world. Artists are the kids who keep drawing and keep creating.” Chase Bindner has been interested in art as long as he can remember and now, at the age of 23, still finds himself creating as a means to explore the world around him. From a young age, Chase would go sit at his favorite coffee shop, Rembrandts, and draw for hours. He explained this is where he believes he truly got his practice, “Many people have talent, or the desire to do something. What separates the ones who leave those abilities dormant and the ones who become extremely successful in their craft is 10,000 hours of practice.” He described the warm ambiance and high caffeine intake as the catalyst to his artistic abilities.

At the age of 14, Chase enrolled in private oil painting lessons at Venture Coy’s studio in Eagle after seeing his work in a gallery. Chase explained that he was the youngest in his class, but the lessons really opened up many doors for his creativity. As a high school sophomore, Chase told his parents he was going to attend the Arts West School for the Performing and Visual Arts. He explained, “at Arts West I trained with Jim O’Halloran, who taught me about drawing, art history, and life as we know it. He is one of the funniest people and most interesting characters I know, who really helped me open up as a person and grow into the artist I am today.”

Chase uses a wide variety of mediums and says that he is always looking for new ones to experiment with. “I carry a micron pen and sketchbook under my arm everywhere I go. Seriously, everywhere; to the store, friends’ houses, dinner, everywhere.” He described the sketchbook as a peak into his brain as well as the first step for bigger projects. Along with oil painting and micron pen he uses mixed media, collage, and sometimes even found material. Chase said, “I also draw frequently with India ink and metal nib pen, a technique I learned from Jim O’Halloran at Arts West.”

In 2014, Chase moved to Manhattan and lived in Harlem at 149th St and Broadway where he attended Parsons School of Design. He graduated in May of 2018 with his BFA in Fine Arts. He described the city as inspiring him in the same ways that the river inspires him here in Idaho. He said, “painting is predicated upon opposites, natural vs artificial, lightness vs darkness, hard edge vs soft edge, warm color vs cool color, and so on. The relationships between city and nature are the major interests of my practice.” He describes his art as a way to educate or inform viewers of an idea or concept. “My goal with painting is to ignite a sensation in the viewer that compels them to create, either physically or to manifest understanding and awareness within themselves of what I’ve put forth.”

You can find Chase’s work locally at Maison Blue in downtown Eagle or online at his website listed below. Chase would like all of you to know that, “anyone can create! But to create art, music, and poetry, you must practice. I hope my work opens your eyes to the things you’ve never seen in the world around you.”

Previous article
Find Your Voice, Share Your Story, and Be Unforgettable
Next article
Kids Communicate