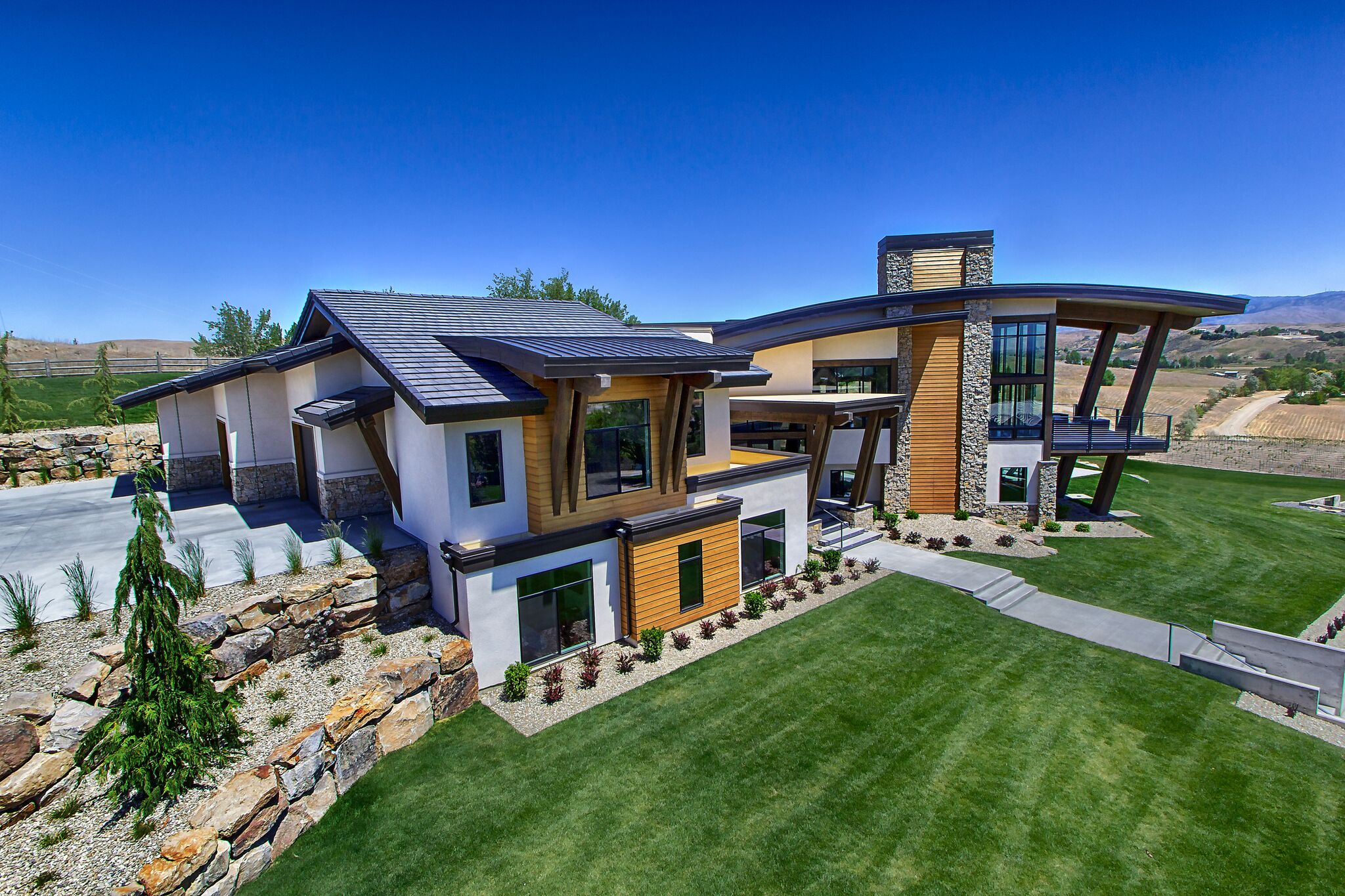 I scanned the surrounding homes from a distance, each impressive in their own right. The size and location of these houses are enough to strike a chord of awe in the eyes of any passerby. Home after home, firmly mounted in front of the iconic Idaho high-desert foothills led me to guess which of these residences belonged to the Coopers. The voice inside my navigation app advised me to turn left. 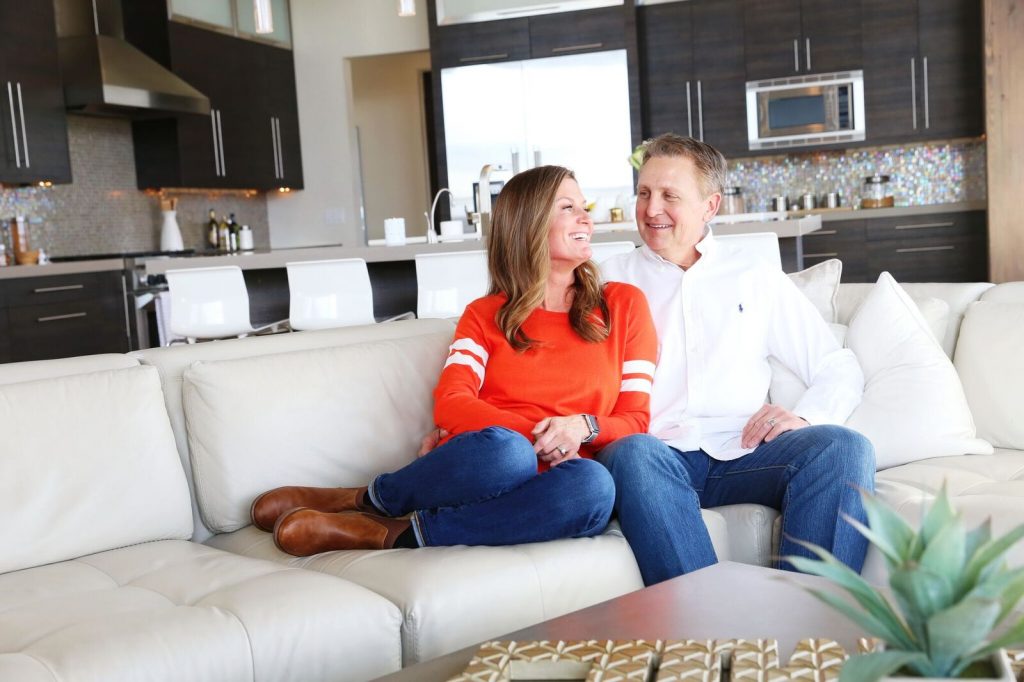 Previously obscured by the tree line is the architectural gem that is the Cooper’s home. The curvature of the driveway introduces the home from one perspective and guides a visual journey as I progress upwards.

The concrete steps lead up to a glass door which is placed between two windows, creating a welcoming view into the foyer of the home—just as welcoming as Bobbie and Steve Cooper. Step through, and there is crossroads, with the upper and lower levels accessible from the entryway.

As described by Bobbie and Steve Cooper, the design theme of the home is the marriage of rustic and modern, a melding of Bobbie’s tastes and Steve’s west Texas roots. With each of their preferences as the driving forces, the result is an unconventional, uniquely constructed home. 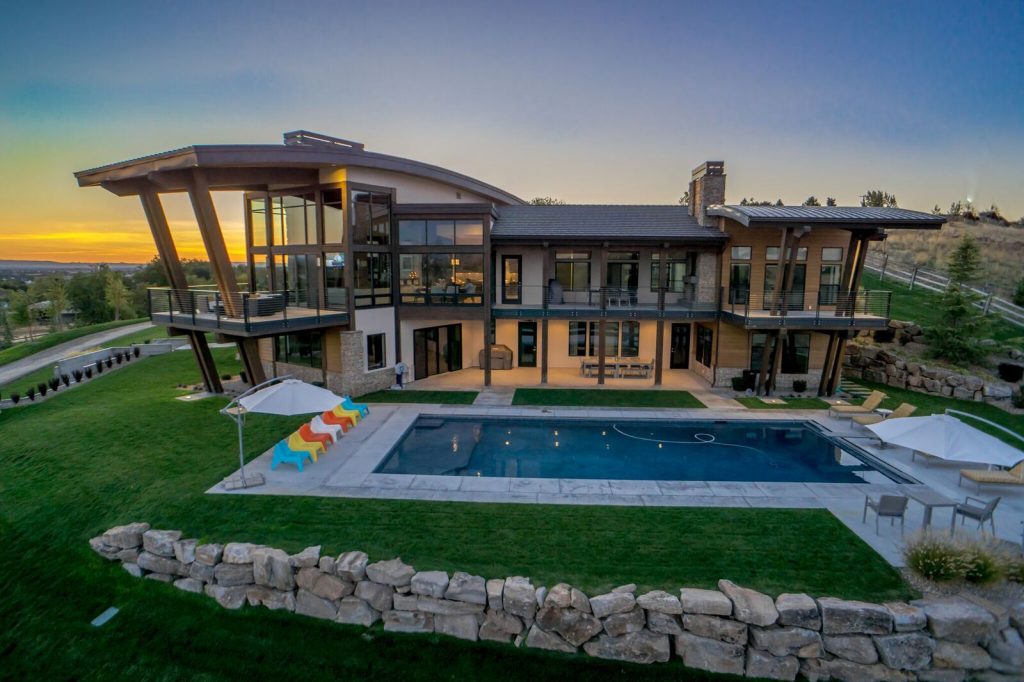 The first thing I notice after stepping inside is the endlessly spacious ceilings. The kitchen, located on the upper level, sports a modern, stylish and clean aesthetic while the living area to the right features a fireplace encased in brick stonework that scales the height of the wall. Natural light floods the entire floor through the glass windows and patio doors which lead to a beautiful, expansive panoramic view of Bogus Basin and the entirety of downtown Boise. Immediately in front of the home showcases an athletics field used for football games, most notably the Turkey Bowl, as well as a large vineyard. 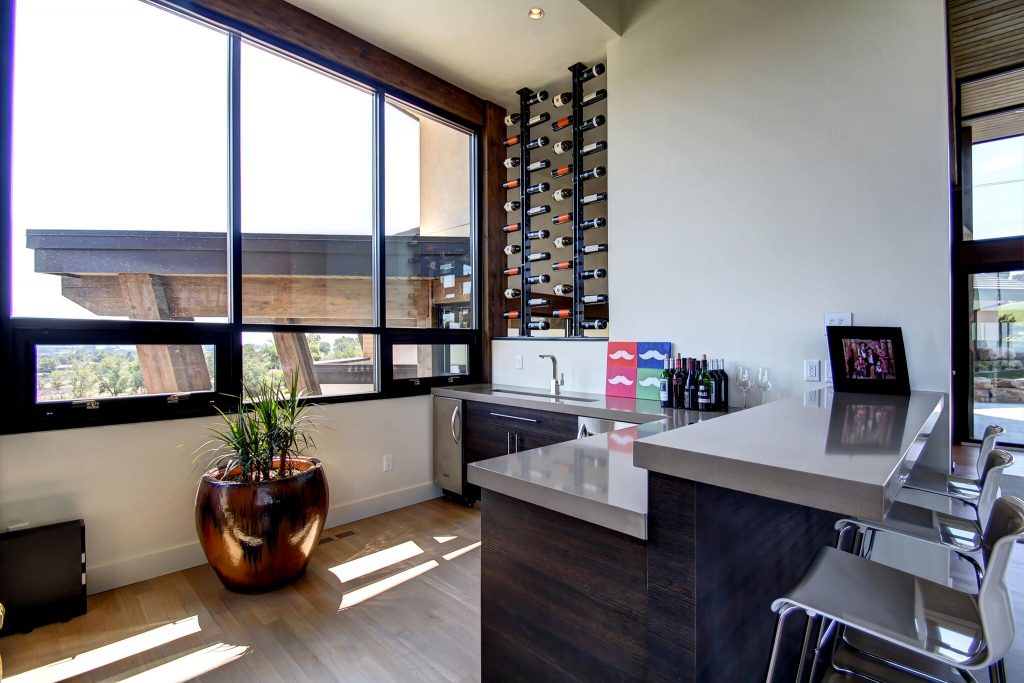 nt to the kitchen is a bar seating area with a few bottles of One Stone Hill, the Cooper’s wine, which was crafted with some guidance from winemaker, Angie Shaltry. Through the window is a farmhouse, an original structure incorporated into the artfully constructed home and surrounding property.

Beyond the kitchen leads to more giant, wall-sized windows and a doorway to a larger patio which features a cozy wood-burning fireplace and more breath-taking views of the Valley. Further down the hall are a bed and bath, the latter featuring soft, earthy tones and white porcelain.

Step down to the lower level and the design theme switches to exposed concrete, steel and white walls, a modern style compared to the combination of sleek, stylish colors and wood beam ceilings seen in the upper half. 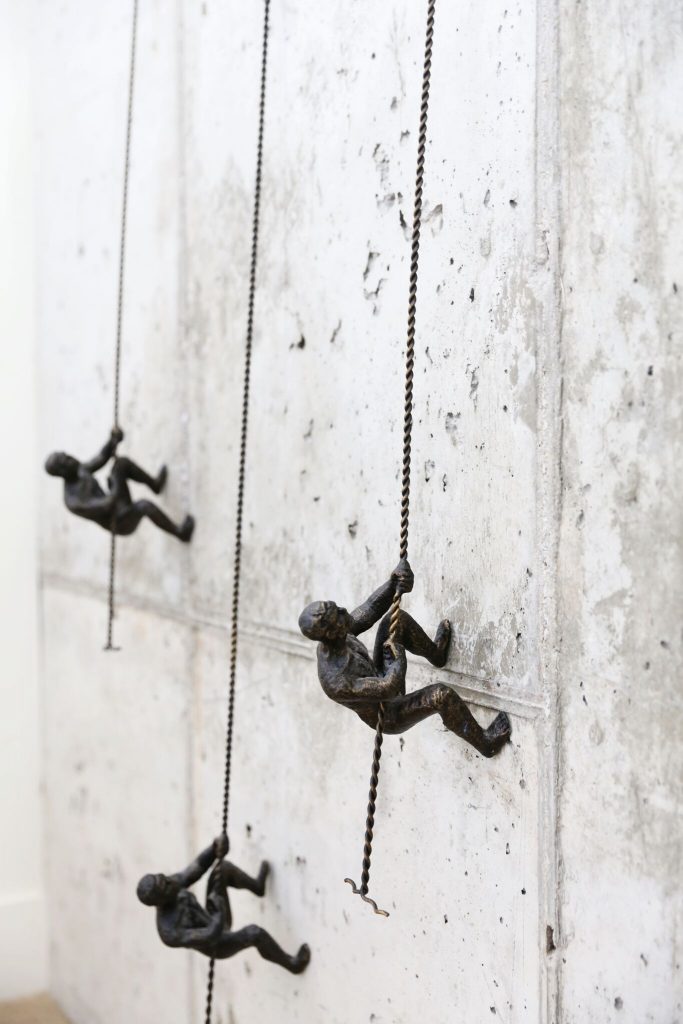 th their three boys in mind, kids and teens alike have enjoyed this vast space with amenities and entertainment abound. A home gym is located at the beginning of the hallway, followed by the kid’s equivalent to a “man-cave,” equipped with a spacious couch and wall-mounted TV, as well as an air hockey table and French doors which lead to the pool.

Each of the kids’ rooms feature the same concrete and white theme, resistant to the perils of young boys and the activities they like to take part in. Beneath the stairs is a space designed for the youngest, a sort of children’s corner with video games and kid-sized furniture.

Words simply don’t do this property justice. An artfully designed home, constructed with precision, must be seen in person to truly appreciate its magnificence. Thankfully, you may have the opportunity. The family has hosted many events over the past five years, from weddings and graduations to birthdays and homecom 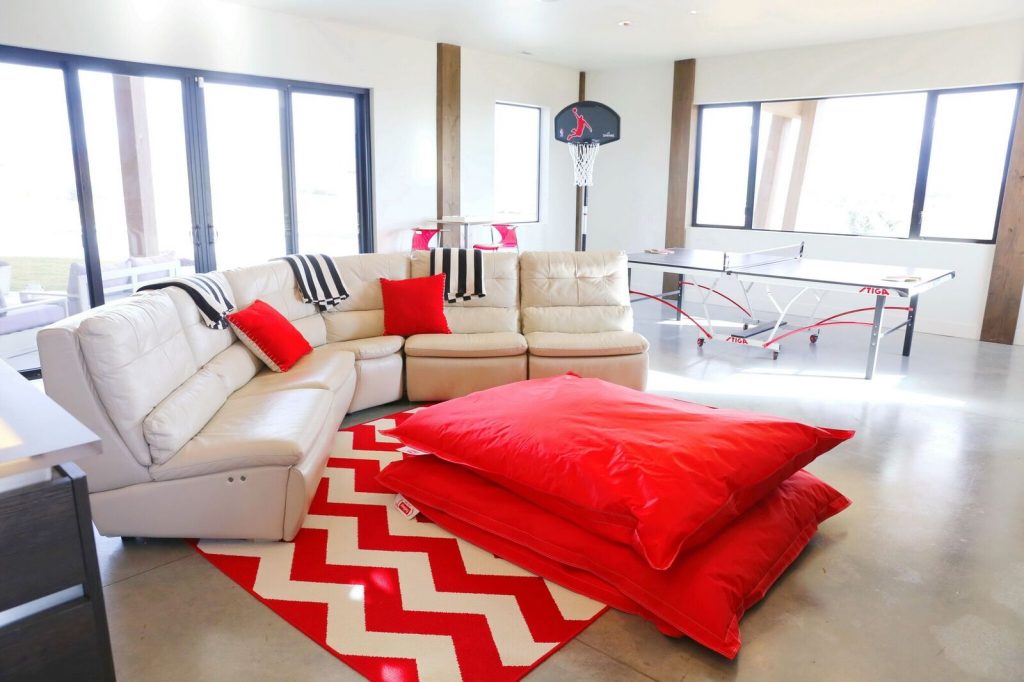 ing parties. If you are interested in booking an event, you can reach Bobbie at bcooper@goodwoodbbq.com.