Where The Stars Align 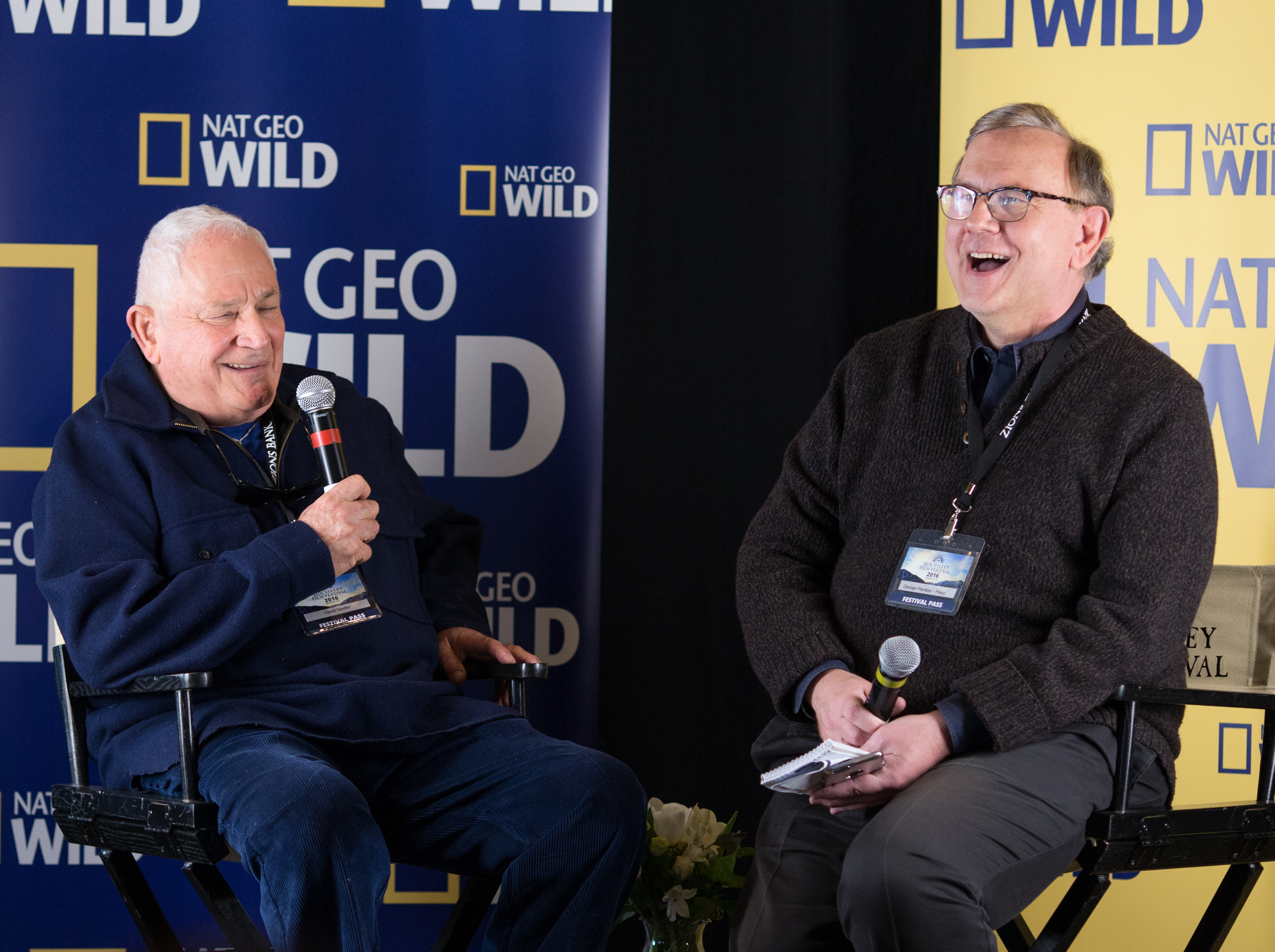 A three hour drive from Boise, Sun Valley is the home of a world-class ski resort and an up-and-coming film festival which promotes local talent and hosts internationally known movie stars such as Clint Eastwood, Bruce Dern, and Jodie Foster.

Sun Valley has had a relationship with Hollywood since the 1930s when Averell Harriman invited film stars like Clark Gable, Marilyn Monroe, and Claudette Colbert to his ski resort. Today, Hollywood notables and movie buffs alike have another reason to visit Sun Valley thanks to screenwriter Teddy Grennan, producer of Coming Through the Rye and Among Ravens. Grennan visited Sun Valley when he was between jobs a few years ago, and thought the famous mountain resort would be an ideal location for a film festival.

“I called a couple of friends of mine,” remembers Grennan. “They said there’s film festivals everywhere. And I said there isn’t one in Sun Valley.”

Now in its sixth year, the Sun Valley Film Festival is open to filmmakers and moviegoers alike. The lineup at SVFF is eclectic. “The biggest challenge is to get the distributors and studios to recognize the value of sending their films to Sun Valley,” states Grennan, SVFF executive director. “The marketing of these films, where they go, to what film festivals, is really important. The lineup here continues to be a lot like KCRW’s ‘Morning Becomes Eclectic.’ You can get a great old Stones’ song mashed right up against LCD Soundsystem’s latest record.”

Candice Pate, SVFF Director, notes that attendance at the festival has grown and it has had a tangible impact on Wood River Valley’s economy. “Our first year, we generated a $1.2 million economic impact. The second year, it was $2.4 million. It went to $3.4 million in year three and last year it was over $5.4 million,” states Pate. “That’s something that everybody in the region can be very proud of.”

Laura Mehlhaff, Director of Programming for SVFF, encourages Idaho screenwriters and filmmakers to enter the One Potato Short screenplay competition, which was developed to support emerging filmmakers and incentivize filmmaking in Idaho. The winner of the screenplay competition will receive $5,000 to bring a script to life by filming on location in Idaho. The winning script of 15 pages or less must be filmed in Idaho.

Other contests include the High Scribe Award, which is for feature length screenplays; the short film lab for writers of short screenplays of 10 pages or less; and the Future Filmmakers Forum for young filmmakers in grades 7 through 12.

Writer/producer Chris Moore will judge the High Scribe. An Emmy-nominated Executive Producer of Project Greenlight and The Chair, Moore has produced box office sensations including Good Will Hunting, the American Pie anthology, and the critically acclaimed Manchester by the Sea. Past hosts and mentors have included Academy Award winner David Seidler, The King’s Speech; Academy Award winners Nat Faxon and Jim Rash, The Descendants and writers/directors of The Way, Way Back; Academy Award winner Stephen Gaghan, Traffic; Academy Award nominees Melisa Wallack and Craig Borten, Dallas Buyers Club; Will McCormack, Toy Story 4; and filmmaking legend Mark Duplass, Togetherness. During the Screenwriters Lab these dynamos present their latest work during a live table read, discuss their careers, and take questions from the audience.

The Sun Valley Film Festival has something for everyone. “We celebrate varied aspects of film culture, and showcase films from hard-to-find indie gems to arthouse theater stalwarts,” shares Mehlhaff. “Between the films, panels, guest speakers, parties and other events, people of all

interests tend to find something that resonates. While there are all-inclusive passes for those who want to participate in everything, we have plenty on the docket that is either free or sold on an individual ticket basis.”

The Coffee Talks series is often hailed as the ‘crown jewel’ of the festival. The Coffee Talks are always free and open to the public. It’s a chance to hear from dynamos in the world of film regarding their experiences and what they’ve learned along the way, as well as an interactive Q&A session. Past coffee talks have featured Academy Award winning screenwriter David Seidler, Oliver Stone, and Kevin Smith. The SVFF organizers feel it’s important that filmmakers and film lovers are able to participate in the festival.

David Seidler, Award Winning screenwriter for The King’s Speech wowed the crowd at one of last year’s Coffee Talks. He had some advice for filmmakers and screenwriters and for life in general. “Don’t use up your writing energy working as a journalist or teaching. Learn a craft–become a plumber. Pace yourself. Don’t win an Oscar when you are too young.” At the age of 74, Seidler was the oldest winner of the Academy Award for Best Original Screenplay for The King’s Speech. A British-American, he related that he wrote to the Queen Mother to ask her permission to write the story about George VI, and she requested that he not do it in her lifetime. He had to wait 25 years until she died at 103. He shared some advice from Francis Ford Coppola. “‘Don’t start a script until you know the end.’ You need to know where you are going. You need to know the destination before you start a trip. Know where you are going and who you want to be. Keep in shape, floss twice a day and get out of the house and go to a gym.”

“Don’t get divorced. Keep your marriage whole. If you are going to get divorced do it quickly and do it when you’re young.” He noted a thing that agents are good for–they have a good information network and should be able to tell you if something is already in development. He shared some advice from George Bernhard Shaw. “If you want to have a serious message, always have humor.” Seidler pointed out that when doing a true story or biography you have to research your subject heavily. But “people don’t live life in a 3 act structure so you have to do modifications.” He does a lot of rewriting and writes every day. After an initial draft, Seidler goes back 20 to 30 pages and rewrites. “Keep writing. It’s the only way to learn. The most important script you will write is the script of your life.”

Film festival goers have three options for passes: The Festival Pass, Party Pass, or Film Pass. You can also purchase ticket packages or individual tickets. The Festival Pass grants access to all of the festival which includes first priority admission to all the films, the Screenwriters Lab,