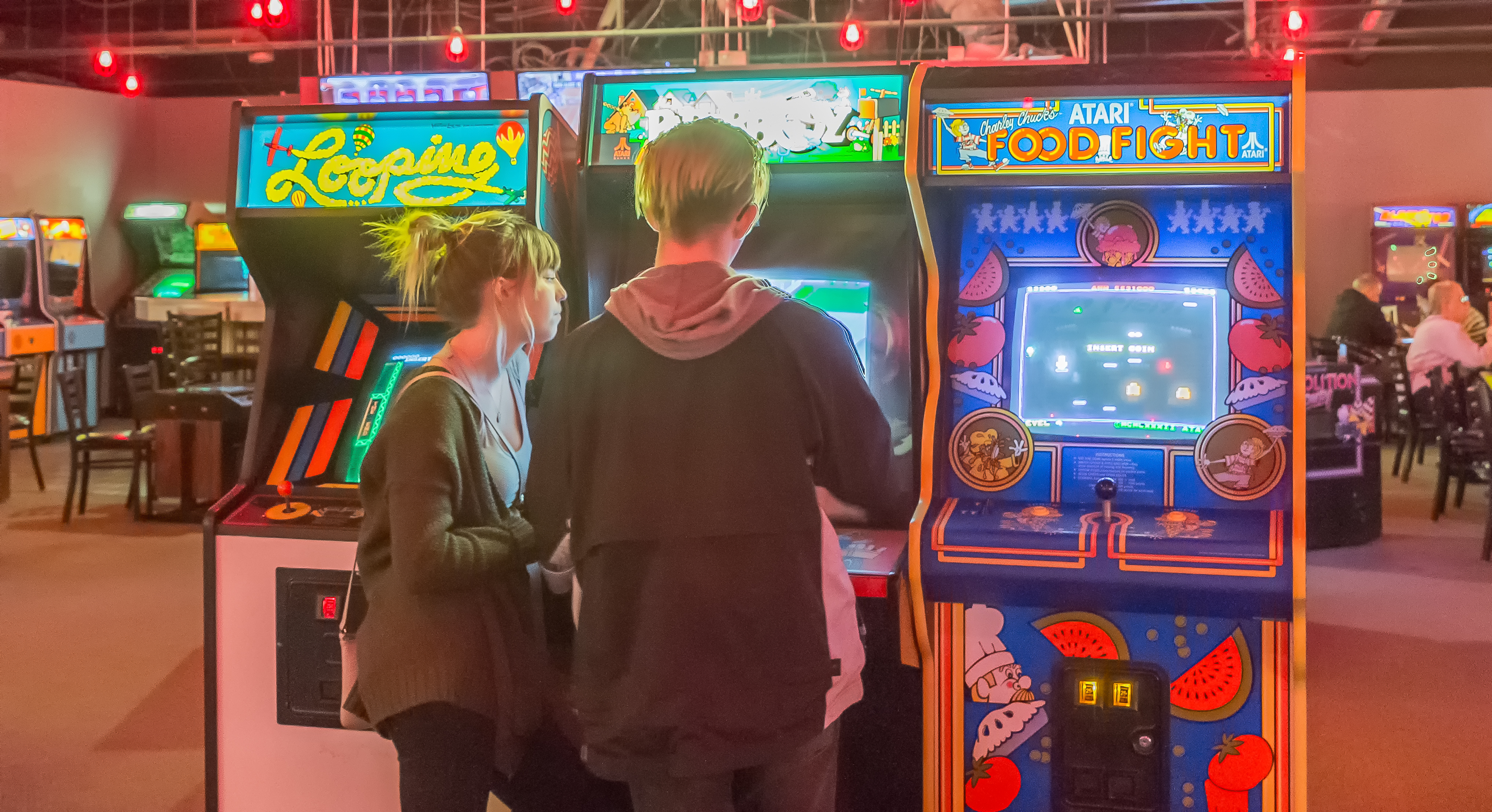 “I grew up as a kid in the ‘80s, every Saturday morning I’d get on my bike with a pocket full of quarters and ride to the local arcade until I ran out of quarters. I lived through that golden age of video games in the early ‘80’s arcades,” shared Steve Barbey, owner of Grinkers Arcade.

Grinkers is a vintage ‘80’s era all-ages game arcade located in downtown Eagle. They have 250 different games offering a variety of machines including pinball as well as traditional vintage arcade games like Donkey Kong, Pacman, Centipede, and much more.

Three games turned into 17 and eventually torn with what to do with the games. Barbey opened a retail space that became Grinkers.

“We are tucked away in the corner of the building. It’s actually kind of fun. When people walk in the door, because it’s the corner, they expect it to be smaller but walk in and realize this place is huge. We’re 7,500 sq. feet with 250 games, so it’s very significantly sized place.”

In addition to games, Grinkers also offer a small menu of food items such as sandwiches, as well as beer and wine.

“We wanted the arcade to be an evening rather than a pit stop. We wanted people to be able to come and spend their entire evening here and offering quality food and drinks was the key to accomplishing that goal. A parent can bring their kid here and while the kids are going crazy, they can relax and enjoy a glass of wine.”

Additionally, once a year in October they host an event called ‘Grink Fest’. Last year attendees flew in from 28 different states and Canada to attend the event. Grinkers is the largest vintage arcade west of the Mississippi river.

“It’s fun for people to discover some of the history of many of our games. We have a Missile Command Cockpit–there are only 13 games known to still exist. It’s also the lowest serial number on record. The super cool part is 007, so it’s double O 7, 1 of 13 and lowest serial number and so it’s the coolest Missile Command Cockpit on the face of the earth. We have a lot of rare early ‘70’s games, which truly represent the very beginning of video games. It is an arcade but it’s also a museum–a museum where you get to touch and play with the museum pieces, and it’s just a lot of fun.”