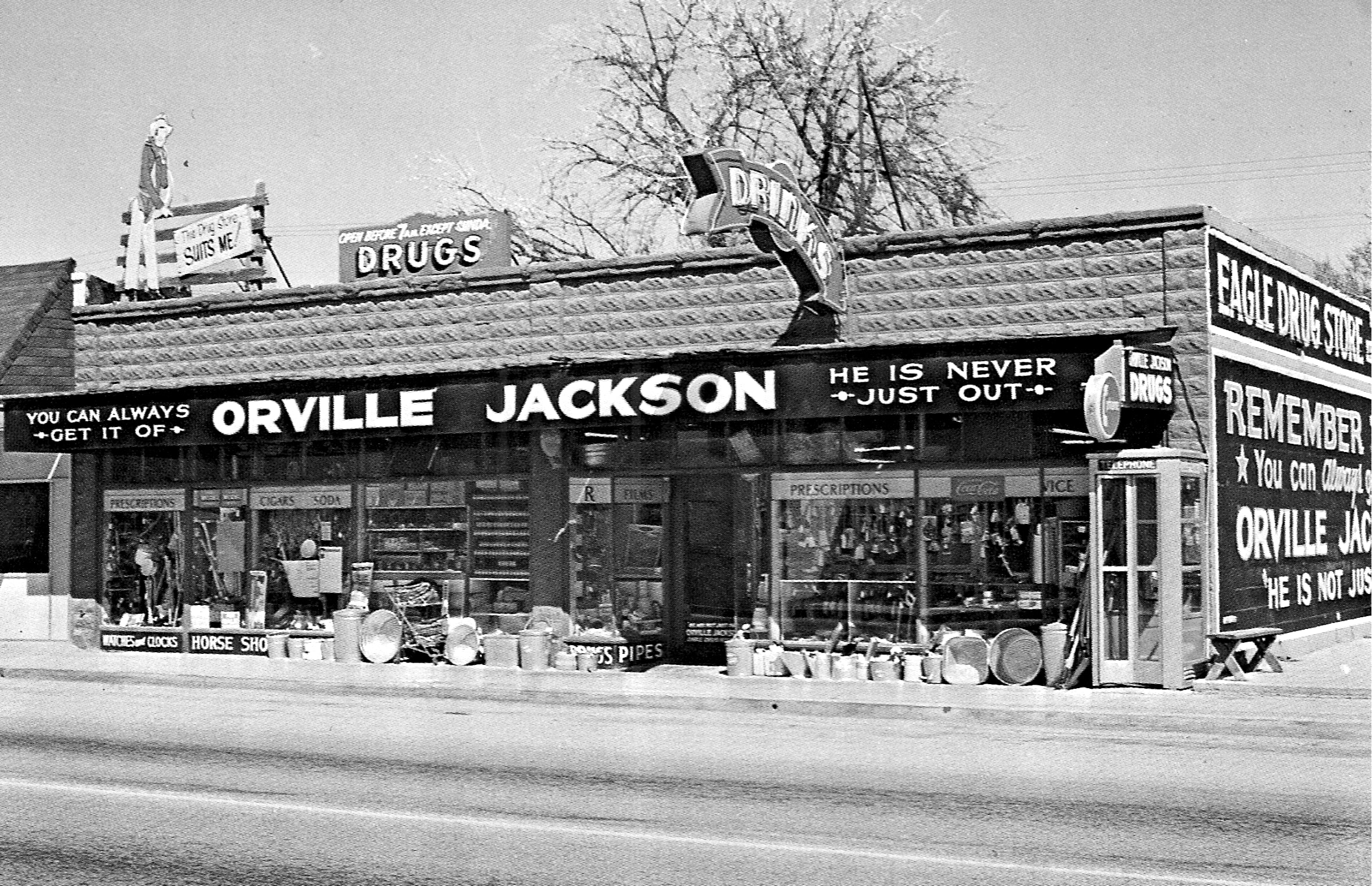 A Brief Look into Eagle’s Past

“A people without the knowledge of their history, origin, and culture is like a tree without roots.” – Marcus Garvey, publisher, journalist, activist, and orator

What was once a small 1970s town with a humble population of about 300, Eagle, Idaho has grown to become a pinnacle of dining, art, culture, and recreation in the Treasure Valley. Not to mention, its aesthetic and reflective beauty, melded together by the surrounding natural landscapes and awe-inspiring architecture.

The early days of Eagle echo most of historic Idaho: the gold rush. Hopeful families flooded the West in search of a better lease on life, namely, a few gold nuggets to pad their pockets. And, like many before them, Idaho’s wild and untamed land and temperate seasonality enticed them to stay.

One of the most prominent names in Eagle homesteading was Truman C. Catlin, who saw that there was much more than gold to be found in the fertile soils of The Gem State, the very nature of the soil was what he was going to make his future on. And so, he, along with several others, purchased a large plot (land that makes up what is now Eagle Island State Park), and began to quite literally sow their future in farming. The plot was named as such due to the vast amount of Eagles in the area at the time.

Another notable name is the history of Eagle is the Thomas Hugh Aikens, who bought land and water rights around the same area as Catlin in the late 1800s, which seems to be where the City of Eagle got its start. From there, Aikens and other prominent early settlers began to build—schoolhouses, bridgeways, water-front property, and of course, farmland.

By the 1900s, the economy soared and business began to boom. Buildings went up left and right, leaving behind some of the most striking architecture in the Treasure Valley. The very history lives within the stone walls and rising brick buildings that line the streets.

One of the first buildings to go up was the Eagle Drug Store in 1906, followed by the first bank in 1910 and a custom meat-cutting shop at the Boise Valley Packing Company building in 1913. With each passing year, Eagle grew. Orville Jackson’s prominent drug store moved to the main strip, where it still retains the original name and signage, even 100 years later. (To read more about Eagle’s timeline, visit www.buildidaho.com).

Much like the rest of Idaho, Eagle is experiencing a massive surge in population growth—an estimated 200% since 1990—and while the Gem State struggles in many ways to keep up with the boom, Eagle strives to maintain its unique identity. The City recognized that one of the best ways to keep up appearances and stay true to where they came from was to establish a group that would help preserve their rich roots. In 2001, the Eagle Museum of History and Preservation was formed, directly across the street from Orville’s Drug Store, and they have worked diligently to maintain that historic lineage.

Dedicated curators, like Alana Dunn, Manager at the Eagle Museum of History and Preservation, work to research, understand, and preserve both the knowledge of Eagle’s past, but also to protect the immaculate architecture itself.

For many who work in the essential field of history and preservation, the excitement of discovery and understand is perhaps one of the greatest features of the job. Finding the roots, connecting the puzzle pieces, and putting together the past is how we effectively grow into our future.

But some mysteries are more difficult than others, like trying to find out the past of a historic building.

One such building is now home to Meg Glasgow’s Finer Frames, but Alana isn’t entirely sure of the building’s full past. But excitement lives in discovery, so the search is never over. For Meg, however, she loves her new Eagle location, and while it would prove interesting to know the history that lives in its walls, she is content to grow and build her future with Finer Frames. 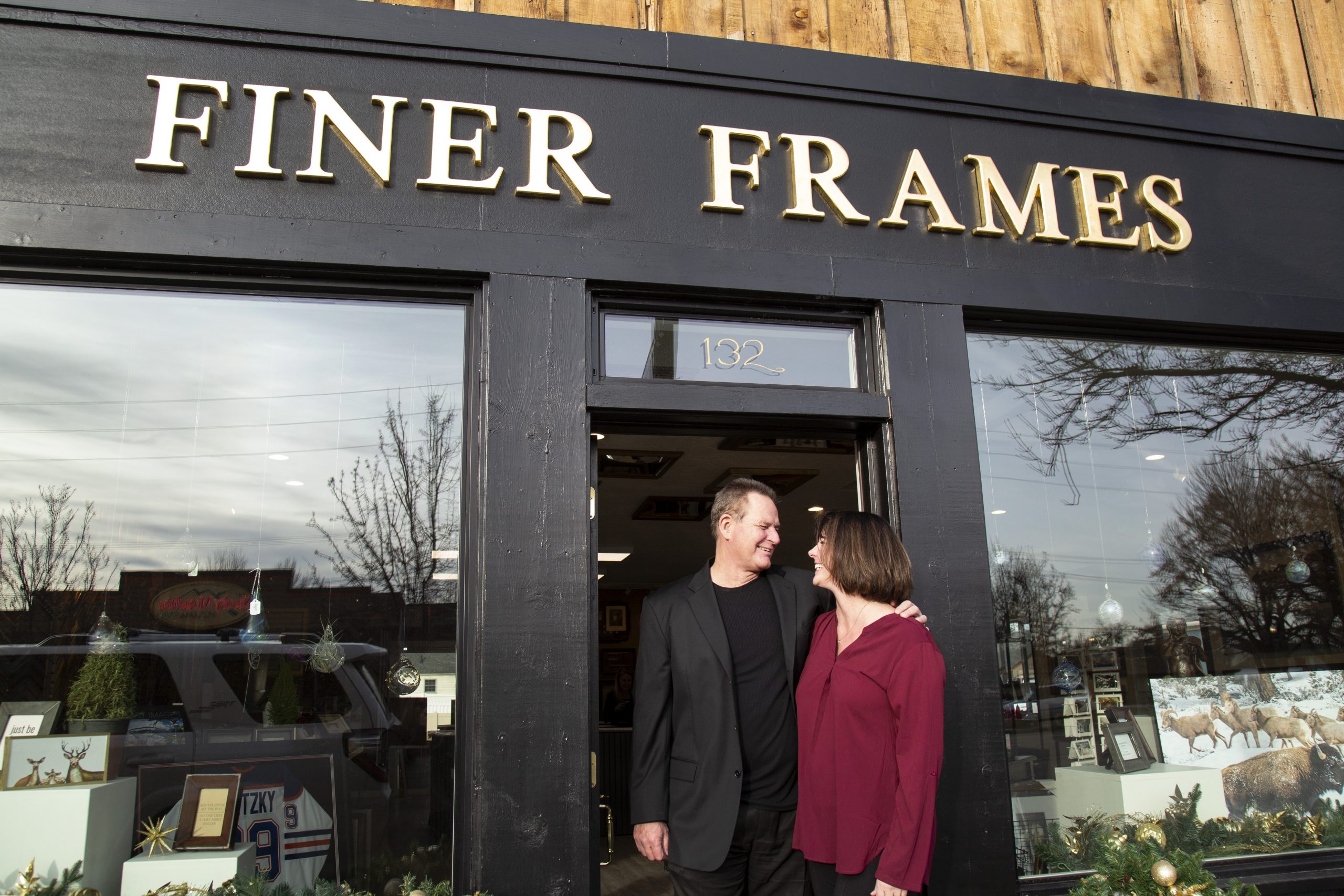 “We know it was a feed store in the 50’s, but we have no idea who owned it or what the building was before that, or if any other building sat on that parcel of land,” explained Alana. There are old images of the building that help put together its story, but there isn’t a strong paper trail to follow.

At age 27, Meg started her company, Finer Frames, whose premise was to provide high-quality framing to the Valley. Her goals were modest, “To work hard and earn enough to spoil myself and my little girl too. Because family is everything,” said Meg. In 2010, Meg closed her Meridian location to take care of her mother. Two years later, while still taking time for family, Meg opened her first Eagle location. This transition allowed her to spend time where it mattered, while still owning and operating a business. To this day, she doesn’t regret the move, especially since it prompted her to open her downtown Eagle location, wherein Meg and Finer Frames have seen great success.

“We wanted to make a difference and give the community a center for arts and culture with events like Eagle Art Walk and Eagle Plein Air Festival. We hope that community will continue to support the gallery and all the local artists we represent,” said Meg.

Visit Meg in her downtown Eagle location, stop by 132 E. State Street in Eagle or online at finerframes.com. The history lives on in the walls, maybe you can help discover the origin.