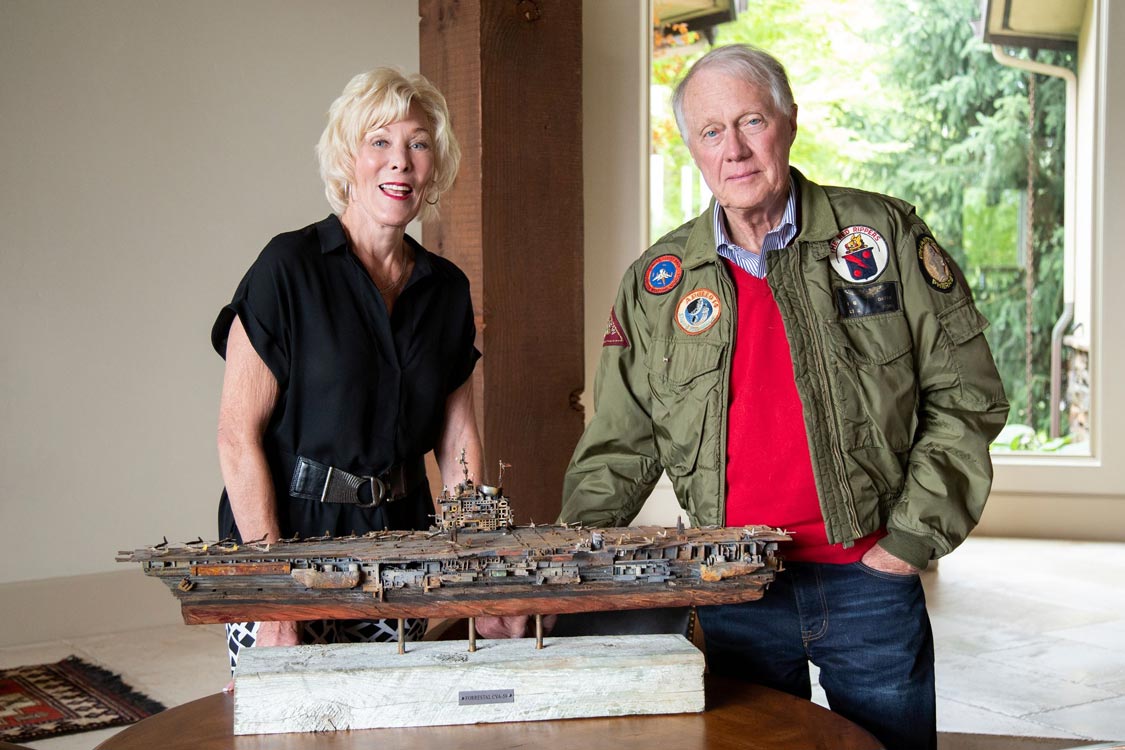 In 1966, a young Thomas Dater enlisted in the U.S. Navy as a reservist, committed to five and a half years of service. As a naval aviator, he was assigned the position of backseat Radar Intercept Officer (RIO) on the Navy’s F-4 Phantom fighter jet. He was uninterested in the front seat pilot position which required an additional year of commitment.

Dater was a member of the VF-11 squadron stationed in Oceana, Va. His own VF-11 squadron was established in 1950 and followed in the footsteps of other VF-11 squadrons who had flown distinguished missions in WWII and the Korean War, earning the renowned squadron the nickname The Red Rippers.

But for 23-year-old Dater, the excitement wasn’t in the history but in what laid ahead.

With the required college degree, a strong spatial orientation, and being mathematically inclined, in 1968 Dater was sent to the prestigious Top Gun school, at the time located at the Naval Air Station Miramar in San Diego, Calif.

As depicted in the famous 1986 film Top Gun starring Tom Cruise, Dater recalls his own excitement, sense of competition, and the pride he felt attending the prestigious flight school.

“We weren’t singing in bars,” Dater jokes in reference to scenes from the movie, “but the technical depiction of what it was like at Top Gun is fairly accurate.”

Dater remembers his orientation when one of the high-ranking Naval officers asked if there were any “reservist pukes” among the ranks. When Dater called out, the officer challenged him as to why he thought he deserved to be at Top Gun as a reservist. Similar to the hot-headed pilots in the movie, Dater responded “because I am the best.” The confident aviator was referring to his in-depth knowledge of the F-4, its radar capabilities, and missile profiles. He knew how to do his job efficiently and effectively and was excited to prove himself.

Also, like Tom Cruise’s Top Gun character “Maverick” and his backseat RIO “Goose,” Dater had a call sign; a nickname given to him by his squadron. He went by Skater because he always managed to skate out of the worst duties.

As the backseat RIO, Dater was responsible for positioning the aircraft, running an intercept against an adversary, and directing the front seat pilot, or “the stick” as Dater refers to the pilot.

“It was a tough job,” Dater says. “You had to know the radar system like the back of your hand. You had to be able to read it and know in an instant what to do, to lock onto a target and receive data like airspeed and location then quickly work out geometrical maneuvers to get behind an opponent so they wouldn’t see you.” 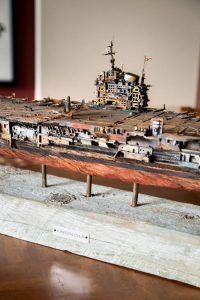 At Top Gun, Dater flew with Murt Pelegrin, a pilot from his VF-11 squadron who he knew but had never flown with before. “He was a good stick,” recalls Dater. They flew the McDonnell Douglas F-4 Phantom, a long-range supersonic jet interceptor and fighter-bomber designed primarily for air-to-air combat, or “dogfighting.” At the time Dater attended Top Gun, the planes they flew against were configured as the Soviet MiG-17, MiG-19, and MiG-21 which implemented tactics used by the Russians.

As the culmination of Dater’s 30 days at Top Gun, the naval aviators were to scramble and shoot down a drone launched from Point Mugu Naval Base just north of Malibu, Calif.

“I picked up the target at 45 miles, using radar with only a 50-mile capability,” remembers Dater. “My senior instructor asked me how I saw it, considering most didn’t see it until a 12-mile range. I answered him by saying again, ‘Because I am the best’.”

After completing his training at Top Gun, Dater returned to The Red Rippers to share what he’d learned with the rest of his squadron.

He served the remainder of his time in the Navy with two nine-month deployments or “cruises” in the Mediterranean. His aircraft carrier spent about half its time ported in cities including Barcelona, Cannes, Athens, and many more. While at sea, the Navy’s budget allowed each aviator 23 hours of flight time a month. With an average flight lasting two hours, it was enough to maintain proficiency. When he wasn’t flying, Dater wasn’t partying and singing in clubs like Tom Cruise’s character. The squadron had to remain ready at all times.

The Red Rippers never served in direct combat but ran intercepts against Russian planes flown out of Egypt. They provided cover over Amman, Jordan where U.S. citizens were being evacuated. Dater recalls one flight off the coast of Israel where he picked up a flight coming out of Syria that, once locked on by Dater, turned around and flew home.

While he never saw actual combat, Dater’s Top Gun training came in handy on many occasions.

For half of one cruise, he was assigned to fly with a U.S. Air Force exchange pilot who got vertigo when flying at night without the moon, stars or a horizon to orient him. Dater relied on his instruments and his experience to see his partner through.

There was also the time when, due to a mechanical problem, Dater and his pilot were ejected on takeoff, just 11 feet in front of the ship and at an altitude of 30 feet. The next day they were put right into another plane and told to just get back on the horse.

Dater’s fondest memory is of a night he and his flight team were trying to land on the carrier in particularly bad weather. The carrier deck was pitching so badly that they were unable to land and were diverted to a NATO base located in a small Greek town called Araxos. They stayed the night and discovered the next morning that their U.S. Army brothers had painted their planes in Army insignia, in honor of the Army/Navy football game being played back home. “We took a lot of flak when we landed back at the carrier covered in Army insignia,” laughs Dater.

Some things have changed for today’s naval aviators, as many pilots are now flying single-seat aircraft like the F/A-18E Super Hornet, carrying the pressure of flying as well as managing automated weapon systems. Dater also describes how aircraft carrier catapults are now electromagnetic instead of steam piston like they were at his time of service. Plus, as Dater observes, today’s enlisted service men and women are there because they want to be, as opposed to many Dater served alongside who were there because they were drafted. Today, those assigned to air combat truly are the best of the best.

When asked if he misses his days as a naval aviator, Dater says he misses the camaraderie but is happy that fifty years later he is still in touch with many of his Top Gun classmates and other officers from the VF-11 squadron. He doesn’t miss the deployments when he had to be away from his family for extended periods of time which is what led him to leave the Navy in 1971 when his commitment was complete.

When Dater entered back into civilian life, he wanted to move to Boise for the outdoors and peaceful lifestyle it offered. He and his wife, Victoria, now live in Eagle where Dater has worked as an insurance salesman for 47 years. “The skills I learned at Top Gun are skills I’ve used throughout my life,” reflects Dater.

Of course, for those Top Gun fans who’ve been wondering for almost 35 years what happened to that hot-headed pilot “Maverick,” mark your calendar for December 23 when Paramount Pictures is scheduled to release the long-awaited sequel, Top Gun: Maverick.