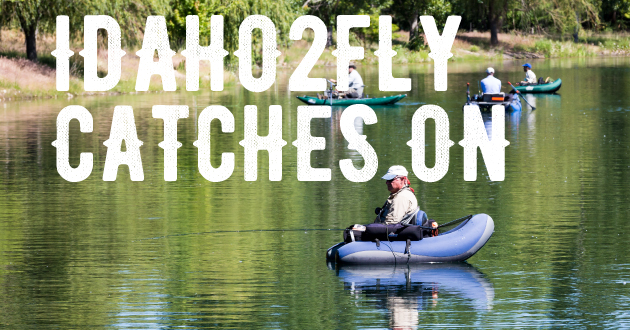 When cancer survivor Timm  Brown arrived at his first Idaho2Fly retreat near Mackay a year ago, he was a guest who would pick up a fly rod and reel for the first time. When he showed up at his second last fall outside Ashton, he was a volunteer jack-of-all-trades. He enjoyed both retreats equally.

“I was already looking through and past the guest portion and toward giving back,” Brown said.

Idaho2Fly recently extended its support of men with cancer beyond fly-fishing destinations and into the larger community. The nonprofit organization followed up more frequently with retreat guests and their families, established a year-round presence by adding events, and grew its referral network inside and outside the health professions. Board members fielded more inquiries about volunteering as they planned for the long term. 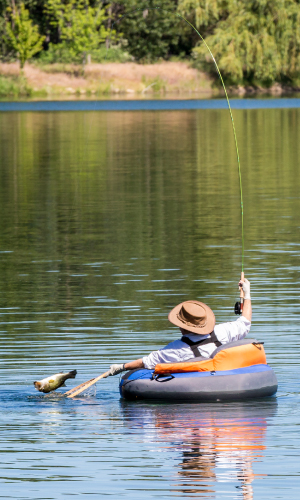 “We are pleased with the success we have had so far, and we are working hard to build an organization that will survive all of the individuals and continue as a valuable participant in the community,” board President David Lombardi said. “It’s important that this continue beyond any of us.”

Lifelong fly fisher Dick Wilson, a semi-retired neurologist, started putting together what would become Idaho2Fly after attending another organization’s retreat for men with cancer in Montana in 2009.

“These guys will say, ‘I spent the day on the river and I didn’t think about my cancer once.’ And that is a health benefit,” he said of many 2Fly retreat guests.

In a two-angler, one-rod approach, a 2Fly volunteer “fishing friend” with considerable on-water experience assists the guest on-stream. Knowing when to just listen is important for fishing friends, about 20 percent of whom have had cancer themselves, said Wilson, board member and program director.

Idaho2Fly volunteer Tom Jans last fall fished with a retreat guest who, after catching his first ever fish on any kind of tackle, immediately decided to take up fly fishing and get more involved with the organization. Some guests don’t pursue the sport on their own later but want to volunteer anyway, he said.

Brown, as a retreat guest at the end of his own cancer treatment and then as a volunteer, said he enjoyed connecting with everyone—from guests and fishing friends to various volunteers, including discussion leaders from the health professions. Not all guests want to say much about their cancer, at least initially, but “the program helps all of us in our different stages of treatment,” he said.

“I lost both parents to cancer, so it was an easy thing for me to do,” Sali said. “Those guys are extremely well organized, so they make it easy for me.” He is involved in various nonprofits, and 2Fly is “one of my favorites. It’s a great bunch of guys.” 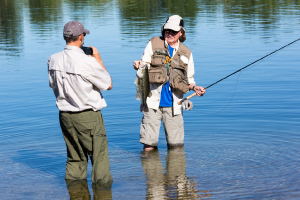 Previous article
Summer Happenings
Next article
Quilting on the Grid