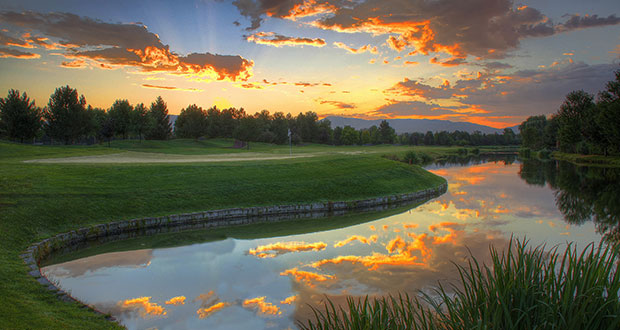 Once in a while, the elements combine to create a perfect service opportunity. Eagle golfer and entrepreneur Hannah Dupay may only be 11 years old, but she is already making a world of difference for children who have been diagnosed with cancer.

“She’s been well-spoken since she was tiny. People wouldn’t believe me when I’d say, ‘She’s only five.’ She’s just Hannah. I don’t know how else to put it,” said Hannah’s mother Lisha Southern-Kelly, reminiscing about her inspirational daughter.

Before Hannah Dupay was even born, her cousin, Ruben Cuervo, endured a terrible battle with cancer, including several bone marrow transplants donated by his four-year-old brother at the Memphis St. Jude Children’s Research Hospital. Family photo archives contain a picture of Hannah and her cousin in a limousine that the Make-A-Wish Foundation sent as part of Ruben’s wish for a trip to Disney World. Today, Hannah’s cousin is 15, driving, and in remission. Hannah looks to those early childhood experiences as a continual source of inspiration.

As Hannah grew, she became an enthusiastic golfer, playing competitively by age nine. While on the course, she noticed an ongoing need: most golf ball markers attached to hats or visors, which the then-ten-year-old didn’t like to wear. As a solution, she invented magnet-embedded hair 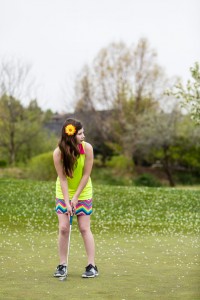 accessories containing the golf markers, and her first business, Goodie Girl Golf, was born. Mother and daughter went to the PGA merchandise show, and Hannah’s business was featured on the Golf Channel. Goodie Girl Golf is now expanding into junior golf apparel and possibly, golf shoes.

“I personally didn’t think I’d wake up one day and hear, ‘Mom, I want to start a business and be a CEO,’” says Southern-Kelly, “She’s just a kid who is so far beyond her years. She’s such a giving person.”

That generous spirit became apparent at what seemed like an otherwise ordinary local Make-A-Wish tournament. Both Hannah and her mother quickly realized that she was the sole participating junior, which meant she would be golfing with three older gentlemen.

“Those men were so nice,” says Southern-Kelly, “They told us, ‘We don’t even need to play, she’s doing so great out here.’ They realized she felt out of place.”

“It was really surprising and made me a little sad,” Hannah said. “I thought there were going to be at least ten juniors.”

When the tournament ended, Hannah looked over at her mom and said, “I’d really like my company to host a junior event to raise money for the kids of Make-A-Wish. If I could get kids to do it, they could learn that they might be small in size, but that they’re extremely powerful. Kids can make a difference too.”

“We got a lot of support,” Hannah says. She also got encouragement from her 1500 Twitter followers based all over the country, who were fascinated by the story of a ten-year-old CEO.

“People were really happy with the idea,” Hannah says, “but some didn’t think it was a real, serious thing that would ever come true. We got a lot of help, and it was amazing.”

She visited Make-A-Wish’s downtown Boise office to get a feel for what they did. They were more used to Kids for Wish Kids events, where children held bake sales and car washes to raise money for other children. Hannah’s dream was a little bigger. She met some of the kids and families that the organization impacted and encouraged Make-A-Wish kids to attend the tournament so that participants could meet them, hear their stories, and become further inspired.

The first junior-focused Make-A-Wish golf tournament (which was open to all ages) was held last October. While there, Hannah spoke with a cancer patient who told her, “It’s been hard, but once you get through it, it becomes something that you can kind of learn from.” 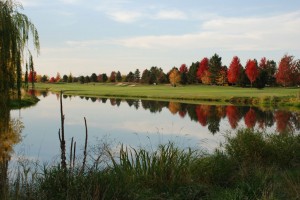 The initial tournament hosted approximately 30 golfers, and raised $1,000 in much-needed funding for the Make-A-Wish Foundation.

“For the average kid’s four-person family, a trip to a Disney park costs around $6,000,” Hannah notes.

This year, Goodie Girl Golf’s young CEO, who was featured on TV as a Seven’s Hero and donates spare time at the Meridian Food Bank, thought the junior-geared tournament’s repeat should happen much sooner, since kids are busy with soccer and football in the fall. A pre-summer date of May 30, 2015at BanBury Golf Course seemed ideal. When course officials sat down with Hannah and her mother, the Lewis and Clark Middle School sixth-grader, coached by BanBury’s Chelsea Kinard, told them she’d like to see 100 junior golfers participating at the challenging course’s event.

“She never ceases to amaze me,” says Southern-Kelly, “She keeps really busy. Every now and then, I want to say, ‘Hey, Hannah, go play Barbies or something,’ but she enjoys being around a lot of people. She helps kids at school who struggle with their grades. We discussed homeschooling, but she wanted to be around the kids and decided to challenge herself in other ways. For her, the social part usually wins out.”

For a girl who has already left such a mark on her community, it’s not surprising to learn that she has big plans for the future. One is to apply for a spot on the popular television show “Shark Tank,” which she watches frequently, in order to gain a broader understanding of business. She’d also like to become a doctor or research scientist someday to aid in finding solutions and cures for cancer.

Her personal experiences with cancer, coupled with an entrepreneurial, helpful, and social personality, experience as a CEO, and a natural talent for influencing others prepared Hannah Dupay to make a meaningful difference at a young age. Hannah is quick to offer her gratitude towards her mother, her coach Chelsea Kinard, BanBury’s Head Pro, Ben Bryson, and many others.

“More than anything else, “says Hannah’s mom, “this tournament means the most to her.”

In addition to Hannah Dupay’s junior tournament, there are a variety of giving-through-golf opportunities in the Treasure Valley. 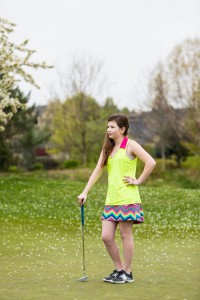 FalconCrest Golf Club has hosted the John Borbonus Tournament each year in early May for the past nine years, in honor of the owner’s son who was killed overseas. Proceeds go to the Idaho Veterans Assistance League and Boise State Golf. On June 5th, they’ll host the Jayden DeLuca Foundation golf tournament, in memory of the two and a half year-old daughter of Jeremy and Karalie DeLuca, who passed away as the result of a heart condition. Proceeds go to children and families fighting cardiac diseases. Information courtesy of Rick O’Neill, Head Golf Pro.

Finally, Hillcrest Country Club is hosting the 26th Annual Alberston’s Boise Open on July 6th through the 12th. The Tyson Foods Tickets Fore Charity program allows groups and individuals to select an organization to donate the proceeds of their ticket sales to, such as local high schools and sports teams.

Whichever events you participate in, golf with the knowledge that you are helping individuals in need.