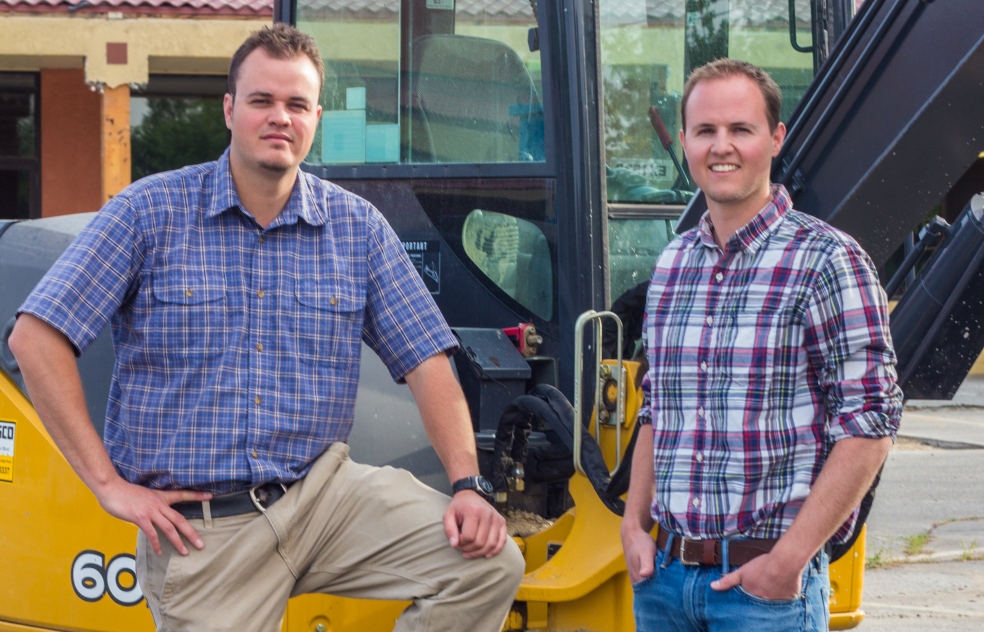 After decades of neglect, Eagle’s Guho Corp. General Contractors are not only giving the old King’s Plaza Shopping Center a new name, but a much-needed facelift as well

After the stagnation in growth caused by the economic downturn, the city of Eagle appears to be booming with growth once again. New developments, both commercial and residential, seem to be sprouting up everywhere and all the time. But, in the case of the King’s Plaza Shopping Center, in with the new doesn’t always mean out with the old.

In an effort to maintain Eagle’s new and polished facade, Eagle-based Guho Corp. General Contractors have focused their attention on an under-appreciated space in the heart of downtown Eagle. The old King’s Plaza Shopping Center, soon to be rechristened as Eagle Towne Plaza, was once one of the community’s most popular shopping complexes. The growth of the past decades, however, has cast its shadow on the old Eagle center, rendering it one of the area’s most under-utilized properties.

Developer Matt Guho would like to see this change and has been working with LKV Architects to give the center a much-needed facelift after years of neglect. “We are excited about having the opportunity to tackle the project,” Guho explained. “The center presents great opportunity with not only its location, but with the current demand for large, contiguous retail and commercial space in downtown Eagle.” And, with construction underway, lease agreements for 70 percent of the building are already being negotiated. “We’ve had a lot of activity for the remaining portion of the center and continue to talk to both local and national tenants,” Guho added. While Guho Corp. remains tight lipped on naming names when it comes to the perspective tenancy, there is an air of excitement surrounding the project that suggests big things are in the works and that the Eagle community will be pleased with the additions Eagle Towne Plaza will bring to the community.

“The amount of interest has been excellent,” added Matt Mahoney of Lee & Associates Idaho, Guho Corp.’s partners in the development of the property. “Recently, the overall retail and contiguous space vacancy in Eagle has dropped significantly. This project can accommodate larger square feet users at an affordable rate. As the leasing agent, I am very pleased by the positive momentum of the project.” According to Mahoney, the rebranding of the 35,000 square-foot complex will not only benefit the tenants but the community as well, adding to the unique appearance of the area.

Kent Krohn, from LKV Architects, has been working to ensure the new image of the complex is as fresh as Eagle’s newer developments. “LKV Architects has sought to bring the old Kings Plaza Shopping Plaza more in line with the design trends we’ve seen in Eagle recently,” Krohn explained. “Bold gables in varied siding patterns trimmed with natural wood elements will speak to that, while the careful use of rich but muted colors presents an interesting face along the building’s full frontage. This, combined with significant site and landscaping upgrades, will bring a fresh new look and feel to this familiar downtown Eagle location.”

“The ultimate goal is to rebrand the image of the existing building, and bring life back into the center,” Guho explained. “This takes a great amount of collaboration and a creative approach. The conceptual drawings we’ve published thus far have all been well-received by the city and the general community.”

This summer Guho Corp. celebrated its 20-year anniversary of doing business in the Treasure Valley after relocating their company from Southern California in 1993. Guho Corp. is comprised of third and fourth generation contractors and is known as one of the more prominent developers throughout Eagle and Treasure Valley, with some projects extending out to the Wood River Valley, Moscow, ID and Post Falls, ID. Locally, Guho Corp. is responsible for such notable developments as Bosanka Village, the Cobblestone Building and Edgewood Business Park, as well as the memorial grounds at the Idaho State Veterans Cemetery.

Construction on the new Eagle Towne Plaza is well underway and is expected to continue through September of this year. For more information on Guho Corp., please visit their website: www.guhocorp.com. If you are interested in learning more about leasing availability for Eagle Towne Plaza, please contact Matt Mahoney or Brian Herbert of Lee & Associates Idaho through their website, www.lee-associates.com.