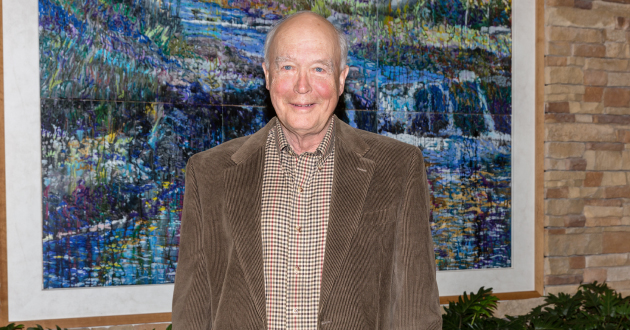 He and his wife, the former Diane Brown, and their three children own Brown’s Industries, based on Riverside Drive in Eagle. Deboer is longtime owner-operator of Evan’s Building Center in Eagle, the Brundage Mountain Resort ski area near McCall, and the 55-room Salmon Rapids Lodge in Riggins.

DeBoer, 77, a hard worker and eager learner who has been through several economic cycles, remains optimistic about Idaho. “It’s definitely growing,” he said.

“Boise has been strong, and I can see McCall picking up, too,” the Brown’s board chairman said. Eagle has seen growth and “has become a very desirable location for people not only in the local area but coming into the area from the outside.”

Among Brown’s-held businesses, Evan’s was hit hardest by the recession, DeBoer said. Fortunately, it did not expand during thepreceding boom in construction, and during the downturn kept revenue coming in fairly steadily from its hardware-store side.

“From a business standpoint we are slowly, gradually recovering from the downturn in the building business,” he said.

The recession’s impacts on Brundage and Salmon Rapids Lodge were softened by some corresponding increase in close-to-home travel.

The approximately 15-year-old hotel at Riggins saw continued demand for government and other meetings and demand from regional travelers identifying it as a central stopover point, DeBoer said.

“It has benefited from good fish runs, people traveling b 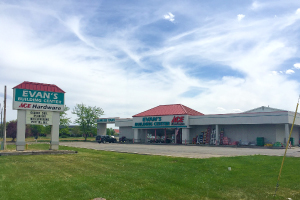 y car, and by the growing recognition of Riggins as a destination for wilderness backcountry travel, jet boat trips, rafting, and fishing,” he said.

Brundage revenue as of late March was tracking more than 20 percent above 2014-15 and about double that of a decade ago, DeBoer said. Sources of additional revenue in recent years—helping as skier visits and snowfall fluctuated—included expanded instruction, equipment rental, tubing, and terrain-park offerings as well as an enlarged backcountry skiing area accessed by tracked vehicle, more food-and-beverage offerings, and more season-extending activities like mountain biking and hosted events.

As an Idaho Travel Council member for six years in the 2000s, he tapped his Brundage experience to help operators of small 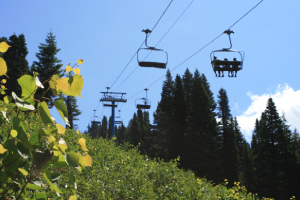 guiding, skiing, and hospitality businesses market themselves in the West’s big cities.

“A lesson from the small operator is that it’s a hell of a lot of work,” DeBoer said. These entrepreneurs remind everyone how important it is to take care of each customer, he said.

Other lessons he has learned include that long-term employees benefit a business and its customers – some Brown’s staffers have been with the company 35 years—and that “everything takes longer than you hope for” due in part to ongoing business and regulatory challenges. He has supported an additional highway connection between the Eagle-Emmett area and locations to the north, proposed about a decade ago.

“There’s just no place that has as many pluses, in my opinion, than this area,” he said.