The Spirit of Sun Valley 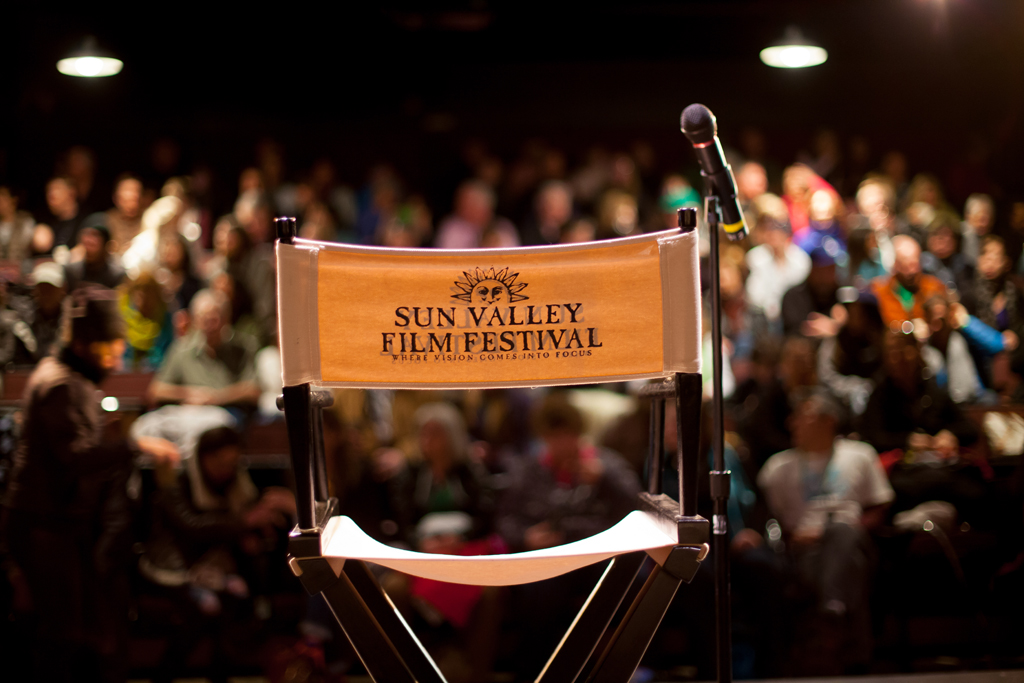 Once upon a time, Sun Valley, Idaho was known as the stomping grounds of America’s elite. From Earnest Hemingway and the Kennedy’s to Tinsel Town’s own Marilyn Monroe, Sun Valley’s reputation for being the playground of the rich and famous was undeniable. Even today Sun Valley is still frequented by a stunning array of business executives, professional and Olympic athletes, best-selling authors, and political power players and, of course, Hollywood celebrities.

The presence of that old Hollywood charm was brought back to Sun Valley during the second annual Sun Valley Film Festival, which took place March 14–17. Directors, producers, media and talent from across the nation arrived in Sun Valley to promote films, attend events, network with one another, and play in the pristine wilderness. Without a doubt, it seemed as if Sun Valley’s halcyon days had returned.

The festival showcased over 30 films and documentaries, which were shown at local venues including the Sun Valley Opera House, the Liberty Theater, the Magic Lantern Cinemas and the NexStage Theatre. The Sun Valley Lodge was also hot spot during the festival for many celebrity guests looking to hobnob and network the night away.

At the Jodie Foster Coffee Talk on March 17, I had the distinct privilege of interviewing Jodie Foster. Foster said that she has been coming to Idaho for years to escape the “madness of Los Angeles.” Foster loves Sun Valley because it is a sanctuary of pristine beauty—it is Foster’s Shangri-la.

During our interview, Foster said her career is more focused on directing at present, where a number of years ago she was solely focused on acting. Foster is empowered by her role as a director and hopes it will inspire other women to join the ranks of the industry’s movers and shakers.

Foster also touched on her childhood during the coffee talk as well. Foster began acting at the age of three and feels as though she lost a part of her childhood to the industry, but is glad to be involved with what she loves. Foster graciously answered questions from fans, locals and filmmakers alike, but she seemed to find the greatest joy in answering questions about filmmaking from the children at the event.

At the same event, I also had the pleasure of meeting Christopher Albert, Vice President of Global Communications from Nat Geo WILD, along with Mayu Mishina, senior writer and publications manager of The African Wildlife Foundation. The two were present to launch a campaign known as the Wild to Inspire Short Film Competition, which will “give independent documentarians the chance to win and apprenticeship in wild life filmmaking with an acclaimed National Geographic filmmaker in Africa.” The winner of the short film competition will receive an all expense trip to the Sun Valley Film Festival in 2014 and a trip to Tanzania, Africa to shoot on location.

I also spoke with Sun Valley Film Festival honoree, Barbara Kopple, who had directed and produced the documentary “Running From Crazy,” which was filmed in Ketchum. The documentary helps bring awareness to the legacy of the Hemingway family and the need for public awareness of mental illness and suicide.

The film’s star, Mariel Hemingway is the granddaughter to the late Nobel Prize winning writer, Ernest Hemingway. Hemmingway was glad to be a part of filming in Idaho as it is representative of her roots and upbringing, along with the trials and tribulations her family when faced with fame and mental illness.

Mariel’s sister, Muffet Hemingway, a current resident of Sun Valley, is also featured in the film. In addition to the Hemingway sisters, video footage from the 80s of Mariel’s father, the late Jack Hemingway, along with her late mother Byra Whittlesey is also present in the documentary. The late Margaux Hemingway’s presence in the film adds a glamorous, yet turbulent look into the life of fame and its impacts on the Hemingway family, whose legacy will forever be apart of Idaho’s cultural identity.

When I interviewed Kopple, said she felt as though she had been “a member of the Idaho community during filming,” since everyone she came across was so cordial. Koppel commented on the beautiful presence of Idaho and the fact it was a great escape from her life in the Big Apple. Kopple also mentioned that she would like to visit Sun Valley in the future and hopes to be a part of the Sun Valley Film Festival in 2014.

As the fun of the Festival began to wind down, I was able to catch up with Sun Valley Film Festival Director, Candice Pate. In talking with Pate I learned more about the vision for the festival in 2014 (bigger and better). Pate said “The attendance from last year to this year has doubled. I am so pleased with the results.”

Next year’s Sun Valley Film Festival will be March 13–16. And while the details of next year’s festival are still being worked out, the Festival’s website, www.sunvalleyfilmfestival.org, has information available on this year’s winning films, sponsorship information and tourism information for the Sun Valley area.

Previous article
Out of the Shadows
Next article
The Wounded Walk