In the style of Olive Kitteridge comes:

Lida Stearl in The Done Thing

• From the author of You Could Be Home By Now

Lida Stearl prides herself on always knowing the most appropriate thing to do in any given situation, confidence that has served her well in building her career as an orthodontist, maintaining a happy marriage, and raising her young niece in the wake of a violent tragedy. But now she’s a widowed, retired, empty-nester and the small perfections of an orderly life are not quite enough to stop her from feeling adrift.  Then a well-intentioned birthday gift leads to the discovery that Clarence Lusk, on death row for the murder of Lida’s sister and preparing for his final appeal, is seeking penpals. Lida, furious, does not think he is entitled to any such consolations, and decides to teach him a lesson: she begins to write him, pretending to be naïve, twenty-three, and just the slightest bit flirtatious. As she accumulates details of Clarence’s life in prison and his connections outside it, her preoccupation with the crime and its echoes intensifies, unsettling those around her and jeopardizing her relationship with her beloved niece. When the date of Clarence’s clemency hearing is set and he begins to suspect there is something strange about his penpal, Lida finds herself in danger of losing what little family remains to her. 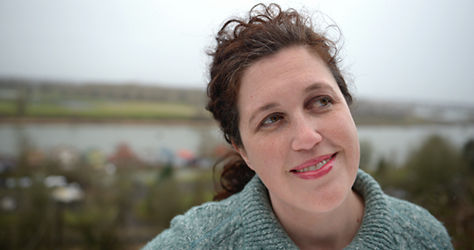 Tracy Manaster is a graduate of Wesleyan University and the Iowa Writers’ Workshop. She was the 2006 recipient of the National League of American Pen Women’s Joanna Catherine Scott prize for novel excerpt. Her nonfiction has appeared in Iagora and Moxie magazines and as interactive exhibit texts for the Smithsonian Institution’s National Museum of American History. She lives in Portland, Oregon with her husband and twin daughters.