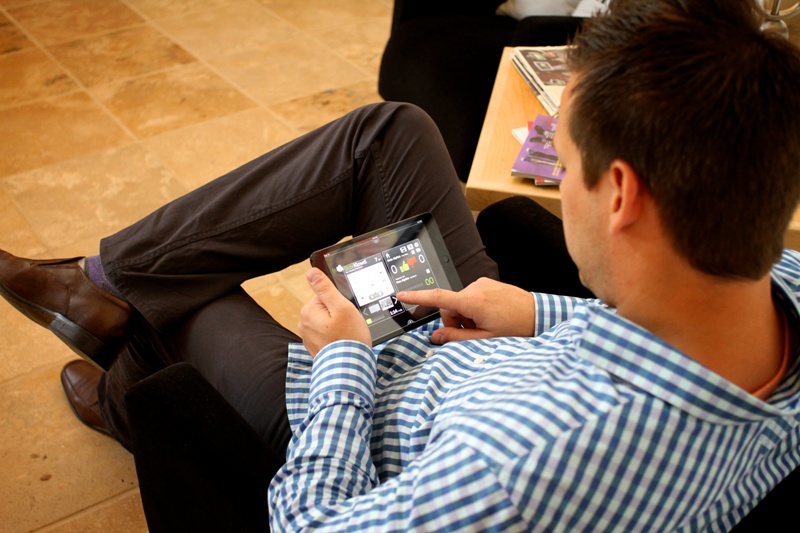 Eagle start-up Klowd.com has the art of public speaking down to a science

How was your last presentation? Fabulous, I’m sure. Your preparation was meticulous, your graphics gorgeous, and somebody laughed at your jokes. But what do you actually know beyond that? For instance, was your audience ever distracted, confused, or preoccupied? Did people look at their phones? What were they feeling and thinking while you spoke? Generally, these questions go unanswered because audience reaction and dynamics aren’t measured in close detail in real time.

That is, not until now. Klowd.com a start-up in Eagle co-founded by Ken Holsinger, CEO, Justin Foster, CMO, and Casey McMullen, CTO is bringing speakers closer than ever to audience dynamics. The application they’ve developed advances the art and skill of public speaking by measuring audience reactions.

Some of us don’t really want to know what our audience is thinking, but for those who want or need results by understanding their audience, SlideKlowd is an effective tool. And in this age of instantly shared communication, hiding your head in the sand about your message or effectiveness is risky. As Foster states “We’re in a culture where you have to be self-aware, or the culture will make you aware.“

Originally the idea for SlideKlowd was as a sports app for a fan club. When Holsinger, a native Boisean, attended a BSU vs. Virginia Tech football game in 2010, the Broncos were victorious – Kellen Moore threw a late-game touchdown that won the game. Holsinger was so thrilled he wanted to buy club seats for next year’s season. However, he was unable to reach anybody to buy the seats. When he did, the victory’s strong emotions had passed, and he ended up not buying. The experience got Holsinger asking, “What can you do with emotion and a device?” He realized that with the right application, the power of crowd emotions could work strongly for anyone trying to get volunteers, opinions, donations, or participation, and the idea for SlideKlowd was borne.

SlideKlowd also suits the new ways communication is evolving. People now have the power to immediately share their responses about anything and that’s changed the nature of communication. As Holsinger and Foster explain it, “the sage on the stage is no more.” Instead two-way style communication is taking precedence. The presenter is asking, “What is the audience going to say to me?” and, the audience asks, “How can we contribute?”

More importantly, the application really “ups” a presenter’s speaking prowess. Holsinger explains that only one percent of the population has the “gift of gab,” the natural know-how to emotionally engage an audience like Martin Luther King Jr. for example; the rest of us must learn the art. “Just becoming aware of how people respond to your presentation will improve your speaking and modify your behavior, says Foster.” He adds, “our app won’t necessarily save the world, but it will destroy boredom.”

Currently SlideKlowd’s primary markets are education, events, corporate training, and organization development. Boise State University begins a pilot program this fall using SlideKlowd in the classroom, for staff development and at events. Slideklowd is just about two years old, so where is it in terms of growth? Foster explains, “We’re moving to the next level from a start-up to a sustainable long term company adding people, partners, resources.” And they are working on developing SlideKlowd into other areas such as political campaigns.

Klowd.com’s clients are outside of Eagle, many in large cities across the US. Yet, Holsinger and Foster are quite content to keep the company in Eagle. The small city is a refreshing anchor for them and their families that counterbalances demanding travel and work schedules. In terms of business climate, they have found the infrastructure excellent and city hall to be accessible; they are here for the long-term preferring to build relationships and benefit from what they call Idaho’s “culture of scrappiness.”

To learn more about the SlideKlowd al and explore it for yourself, visit www.slideklowd.com.