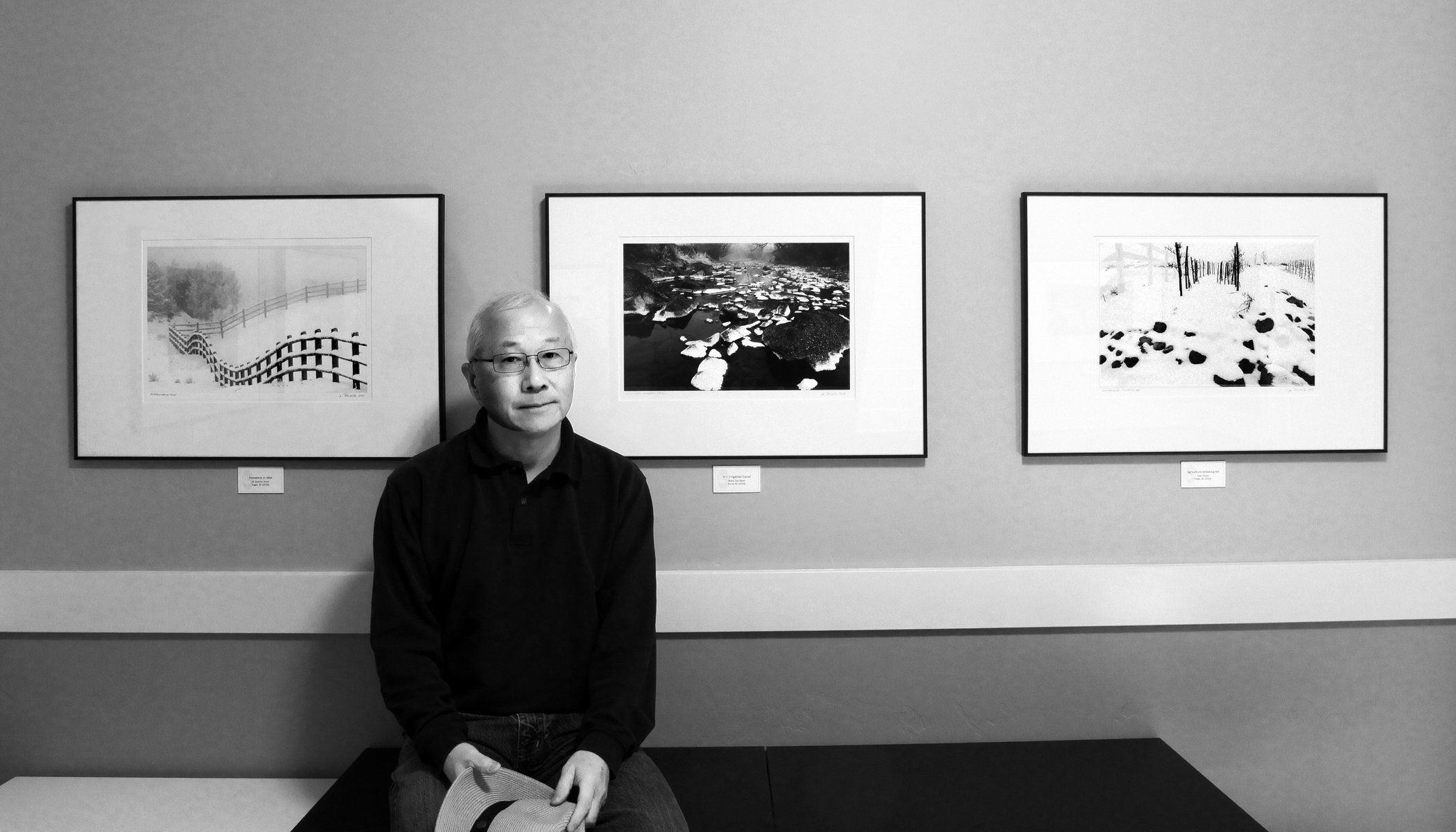 Gerry Tsuruda decided to retire to Eagle, Idaho in 2013, but the contours, nooks, and crannies of Idaho captured the imagination of this prolific photographer and his grand intention to retire was quickly dispelled. Captivated by his new home, he was excited to share his images and renewed interest and passion.

Tsuruda spent more than 25 years traveling the roadways of California documenting agricultural fields glowing golden in either California’s famous sunshine or shrouded in fog in the Central Valley. He captured the beauty of the rice paddies and preserved images of disappearing family farms.  Before his departure from California, he spent a few years documenting a Sacramento area nature preserve for the Natomas Basin Conservancy, the habitat home to an endangered snake species.

e in Eagle. The area he will cover in his 30 mile project extends to Banks, Placerville, Idaho City, Mayfield, Morey Nelson Snake River and includes Melba, Givens Hot Springs, Marsing, Homedale, and  Parma.  His project, called 30 Mile Island: Places Not Far from Home, proves you don’t have to travel far to find beauty and create amazing photographs. “I like to joke that it is all about being close enough to always be home in time for dinner,” says Tsuruda.

“30 MILE ISLAND is a project about home, about being grounded and looking for interesting visuals in all places, whether in a wheat field, a fish hatchery, or a neighbor’s yard. For me, it’s that simple.”

“I use manual controls on a fairly unsophisticated camera. I use two interchangeable lenses and no filters. My only other tool is a tripod and occasionally a rickety ladder. I use a baseball cap to shield my lens from unwanted sun flare. It doesn’t always work. I never leave sight of my car. That is my photographic life.”

“The thing that makes 30 Mile Island work is the diversity of Eagle and its surroundings. So much to experience, from open land to water to mountains to trees, from sporting life to a healthy art culture. The only thing missing is the ocean, but I am willing to accept that. My photographic findings are often serendipitous, in that I often have a destination in mind, but seldom seem to end up there. Something on the way often catches my eye.”

“Although 30 Mile Island is a project for all seasons, I have found winter to be especially inviting. In exchange for a bit of physical discomfort, I have enjoyed photographing snow, ice, fog, and the sense of isolation that is winter. It is also special because this project idea was spawned by some early successes in photographing in the elements in the winter of 2015. “ 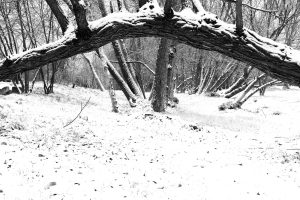 “I started taking photographs in the early 1980s. I literally did not touch a camera of any kind until the age of 33. The equipment left to me by my long departed father sat untouched in the closet until that time. My father had tried to interest me in photography early on, but I showed no interest. I wish I could relive those moments.”

After an introductory photography class in Orange County, California, Tsuruda was hooked. After fifteen years as a computer analyst, and a decade as a serious hobbyist, Tsuruda finally became a professional. The work he is proudest of is a photo-documentary called “Silent Harvest – The Disappearance of the Family Farm.”

“The single most influential element of my photographic awakening was our move to Yuba City in 1987, a grand departure from the hustle and crowding of Los Angeles. Photographing in the relative isolation of rural California was therapeutic and opened up a new world of subject matter. I will always take great joy in discovering scenes that have been largely unrecorded by other photographic footprints.”

“Home is Eagle, Idaho, a lovely place. Eagle is still bordered by farms and maintains that sense of open spaces. It is tranquil and quite beautiful. It is very family-friendly and a great place to retire. My modus operandi is to take short trips here and there, looking for design in whatever corners of the small radius they may occur. Leave home, return home. Repeat.”

Tsuruda is not just another California transplant. His mother was born in Idaho, but lived most of her long life in California. “Now her ashes have returned to her birth state.  It was my destiny to bring her back home. After moving to Eagle I discovered that my cousin is married to a descendent of the founder of Eagle, Thomas Aikens.”

“And now Eagle, Idaho and its surrounding environs are calling. A mix of rolling desert landscape, major waterways, cascading rapids, winding mountain trails, rural communities, and a vibrant capital city – these are my new digs.” Not a bad life for a guy who didn’t pick up a camera until the age of 33.