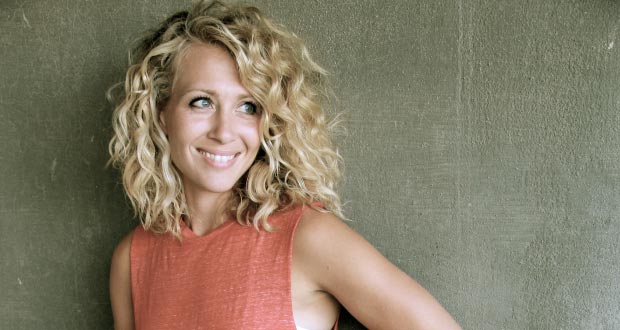 Desirae Bronson takes her song-craft from Boise to Nashville

When it comes to music, Desirae Bronson is a self-described “late bloomer.” This petite NashNextCountry country music semifinalist with the curly blonde hair and smoky vocals is a self-trained musician; she didn’t even pick up a guitar until her brother started learning the instrument 8 years ago. With encouragement from a church leader who recognized her talent, Bronson, who calls Meridian, Idaho home, started to perform at the age of 21, winning fans at local venues including the Knitting Factory and the Sapphire Room. 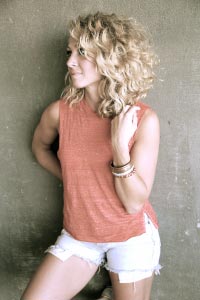 Now, 5 years after the release of her first album in 2010, Bronson has a shot at country music superstardom. But she needs help from her Treasure Valley fans.

“I think my husband was surprised at first,” Bronson told me about her decision to pursue a music career when she called me from Nashville, where she is representing Idaho as a potential finalist in the Nash Next Country contest. “He didn’t know I had this in me, but he has been incredibly supportive from the start.”

Bronson has opened for headliners at Revolution Concert House and the Knitting Factory, and she performed at the Mountain Home music festival this year. She credits Sheryl Crow as a musical influence. “A lot of people compare me to her,” she said. Her confessional ballads and clean vocals are similar to Crow’s storytelling musical style. In 2013, Bronson was chosen as RAW artist “Musician of the Year,” and she received over 100,000 votes to win the National Radio Talent Contest. She has also been a finalist in Nashville’s Music City Songwriting contest, and

“There’s something incredibly vulnerable about putting yourself out there,” Bronson told me when I asked her what it felt like to perform her own music in front of crowds of people. “I wrote the song ‘Pep Talk’ to explain how hard that process can be.” One of her most popular songs, “This Is Me,” showcases her down-to-earth, country-girl nature. With no formal training, Bronson, relies on formidable natural talent. “My Dad’s side of the family is all incredibly musical,” she said. “I guess I’m lucky to have this gift.”

The Nash Next contest is similar to American Idol. Contestants are given challenges, then they post their performances to the Nash Next site where fans can vote for them. As a semifinalist, Bronson must successfully compete in 5 challenges, including most creative cover (Bronson does a delightful version of Miranda Lambert’s “Automatic”), a Twitter Jingle, a live broadcast, an Instagram challenge, and a picture collage challenge. The 10 finalists will each create a music video with animation and will participate in a 2016 Nash Next national tour. The grand prize winner will be announced in December.

Bronson describes the Treasure Valley music scene as “incredibly supportive,” but she is also grateful for the opportunity to meet artists from all over the United States as part of the Nash Next challenge. Through the whirlwind ride, she has maintained the down-home attitude that shines through in her upbeat lyrics: “I’m not afraid to let you see this is me.”

2.       Register as a fan and vote for Desirae Bronson’s songs in the contest’s challenges.

4.       You can also purchase Bronson’s music on iTunes. Visit her website to see where she’s performing next.