The Arts: Setting The Stage 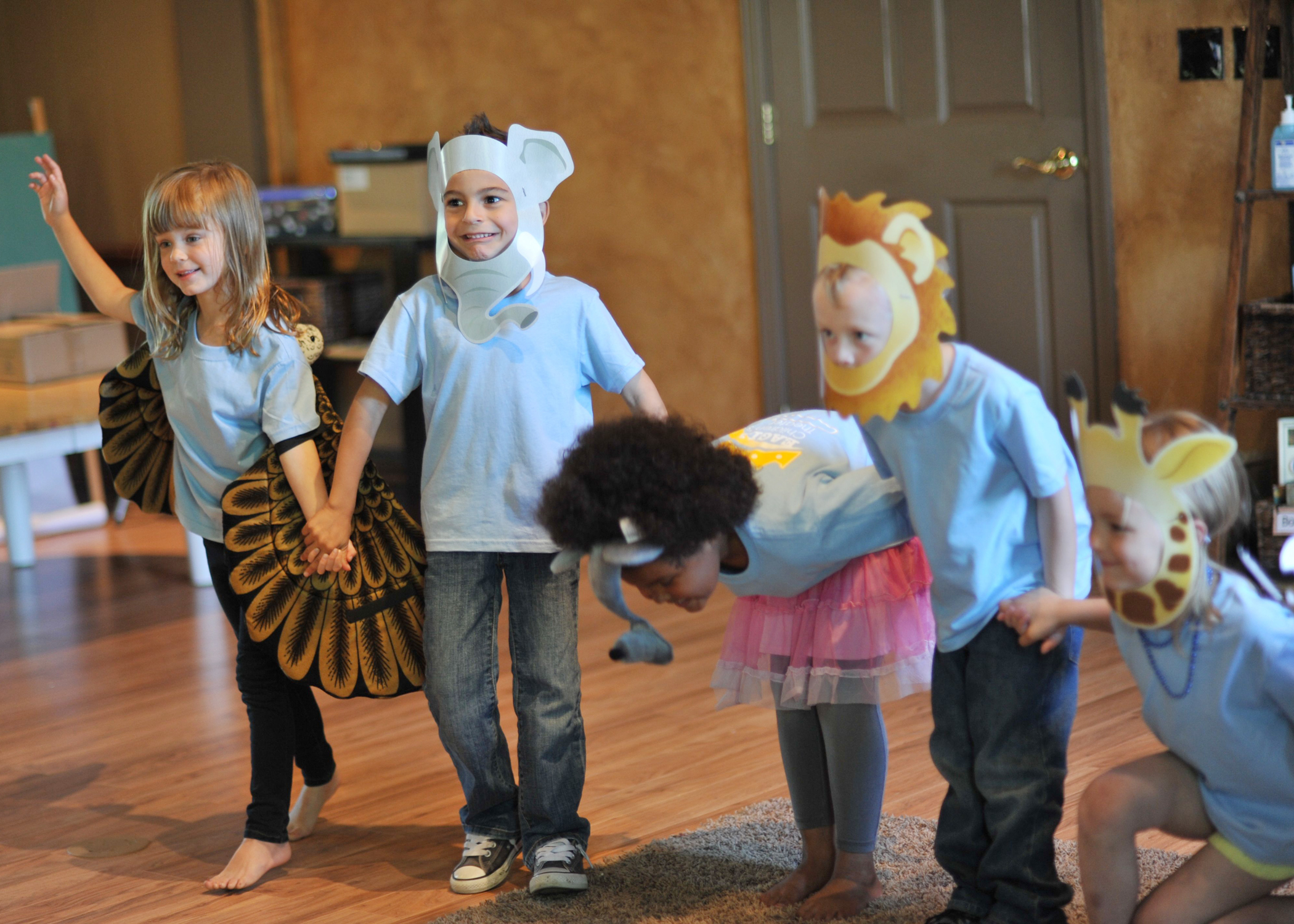 This past May, Amy Janson opened the doors of Eagle Children’s Theater to a rousing reception, proving once again that old adage that good things come in small packages, if not small actors.

The road to Eagle Children’s Theater wasn’t a straightforward one. Janson admits while she was trying on different hats in life, she was never really certain what it was she wanted to do with her life. A vibrant personality, Janson did know one thing about herself, she has always been very good at communicating. She calls it “talking her way through life.” Either way, Janson followed her communications ability and obtained a degree in Public Speaking from Washington State University and began to seek opportunities in the world of acting.

However, it wasn’t until chatting with her daughter’s preschool teacher about what she was ‘doing with her life’ that the answer came swiftly and simply: “With a public speaking degree and acting background, you should start a theater for kids.” the teacher said.

“I had goose bumps after she said that and suddenly I knew what I wanted to do with my life.” Janson recalls.

Janson raced home and sat up late that night developing a business plan and a curriculum; suddenly Eagle Children’s Theater was set into action. Inspired by her expressive five-year-old daughter, Janson decided that Eagle Children’s Theater would be aimed at kids age 4-6. “There are plenty of activities for kids 7 and up, I wanted to give a younger group the chance to have an extracurricular activity.”

With a lot of support and encouragement, Janson began marketing to people she knew in a very grass roots sort of way. Word of mouth, Facebook, and flyers announced the arrival of Eagle Children’s Theater.

While Eagle Children’s Theater was beginning to take shape, Janson had self doubts, wondering if she really had something to offer; fears that were quickly doused when the first two sessions of the program filled up. It’s hard to imagine Janson could doubt herself given her ‘can do’ attitude. She is lively and energetic – the kind of person you want to take time to talk to and get to know. Her dynamic personality is downright catchy. And when it comes to Eagle Children’s Theater, she is filled with passion and enthusiasm when she talks about the program and the kids.

In a day and age where technology has taken over, Janson worries that children’s ability to communicate is already in peril and is only going to get worse. She sees Eagle Children’s Theater as an opportunity to take a time out from all the technological based communication and get back to communicating face to face.

The core of Janson’s dream isn’t to instill a love of acting in children, though, she admits, if that happens it would be wonderful. Instead, Eagle Children’s Theater is a place where young children can come to develop their own personalities before they go to school and can learn to listen to others and communicate their own ideas. Also, she wanted a safe place for kids to learn to express themselves in the hopes of instilling self-esteem and the ability to communicate efficiently.

The curriculum of Eagle Children’s Theater reflects these values. The first few minutes of class are spent getting the wiggles out, dancing, and getting rid of the inhibitions. Then they play two games that work with communication skills, followed by working on the performance they will be a part of the last day of class.

Eagle Children’s theater accepts 8 students per session. The group meets twice a week, Tuesday and Thursday, from 5:45-6:30 p.m. for four weeks. The cost is $96 per session, and the program runs year round.
How has Eagle Children’s Theater changed Janson? “I pull into the parking lot and get the greatest feeling, I’m so proud of these kids.”

What does the future hold for Janson? She hopes only expansion. If the demand were there, she would love to add sessions for an older age group as the program grows.

Classes are filling up quickly. If you would like to learn more and sign up visit www.eaglechildrenstheater.com or call (208) 949-0153.