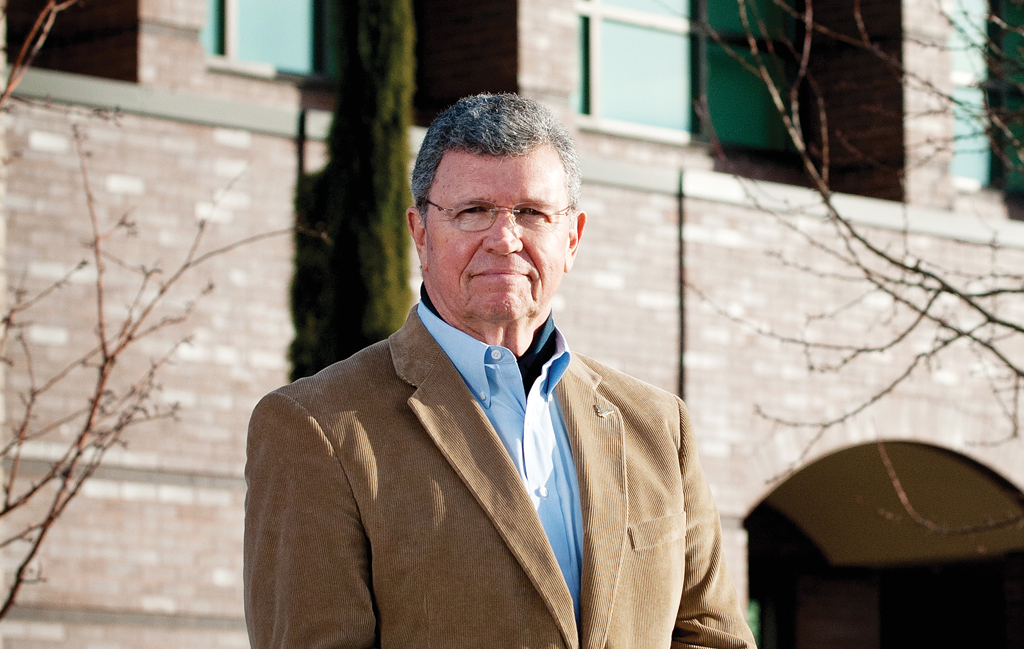 When Bill Paddock and Dan Richter first met each other at Naomi’s Wild West coffeehouse, the biggest topic of conversation between the two was who grew up with the worst weather. As a couple of boys from Montana, Bill figured he had an easy win with Missoula. Then Dan admitted that he was from Havre, up near the Canadian border. From there it was no contest; seems like Havre makes Missoula seem like the Sun Belt.

For a couple of ranch boys from Montana, both have done very well for themselves, albeit in warmer climes. Bill went off to Southern California to seek his fortune and Dan to Arizona. Now they have returned to their roots, more or less, but to a much nicer climate.

Bill Paddock is an engineering genius that built a highly successful business making MRI equipment for the healthcare industry. Selling some as far away as Russia, Bill has a couple of interesting tales about meeting Vladimir Putin when he was a cultural attaché (KGB). Paddock’s success allowed him to indulge in has favorite sport—auto racing. He now lives in Eagle with a garage that houses, not one, but two Indy cars and a championship NASCAR.

Bill now owns Phenix Performance Plumbing, which is not the plumbing you might think. This is the kind that sits atop 850-hp racing engines. He lives with his wife, Linda (and daughter Belinda), who works with him in the business. Bill also sponsors the top-fuel dragster driven by Adam Sorokin that won the Firebird Night Fire last year. Phenix also sponsors the top-fuel funny car driven by Jason Rupert who has won the last two Firebird Igniter races.

Dan Richter made his mark as a developer in Arizona and the southwest. He spent years developing a 10,000-acre planned community just a few miles from the famous Phoenix International Raceway. He is also the talent and drive behind the 23,000-acre Avimor development just north of Eagle on Highway 55.

When other developers were gasping for breath after the economic downturn of 2008, Dan teamed with Sandy McLeod, the businessman-rancher and original owner of the Avimor property, and longtime Treasure Valley businessman, John Frye. Together, they purchased Suncor’s Avimor interest along with nearly $40 million of improvements. Since then, under Dan’s skilled direction, Avimor has continued to grow and prosper.

When Bill wanted to move his manufacturing business to Eagle from Riverside and Lake Havasu, he was determined to put it in Eagle. These two Montana boys put their heads together and found the perfect spot for his dream industrial business park and test track. Nestled in a canyon, miles from any planned residence, the track’s inherent noise will not be an issue.

For Eagle, this is an opportunity that will create jobs, both for returning veterans and our locally depressed employment. The College of Western Idaho’s new Professional Technical Education has exactly the type of machine training that will be required for this endeavor. Graduates will enjoy starting incomes from $18 to $25 per hour, which will allow them to purchase entry-level homes at Avimor and walk or ride their bikes to work.

Bill currently has letters of intent from eight existing local manufacturers who run similar operations, but desire to move because of their proximity to residences. But that is just the beginning. The racing industry is a small world after all, and the word is out. Bill has been inundated with fellow racing enthusiasts who want to be part of the fun.

The Eagle Motorsports Business Park will offer a 2.3-mile road track for testing equipment, as well as a wide range of racing events. Close by will be a top-drawer drag strip and an off-road course for Trophy Trucks. Those are the crazies that drive their tube framed $400K racing trucks through the desert at 140 mph.

So, whether you might seek training as a CNC machinist, are an amateur racer looking for a track, or would just enjoy taking your family for an afternoon of auto racing, you will want to keep an eye on this exciting new opportunity for the Treasure Valley.

Previous article
Eagle Goes Gonzo
Next article
Out of the Shadows