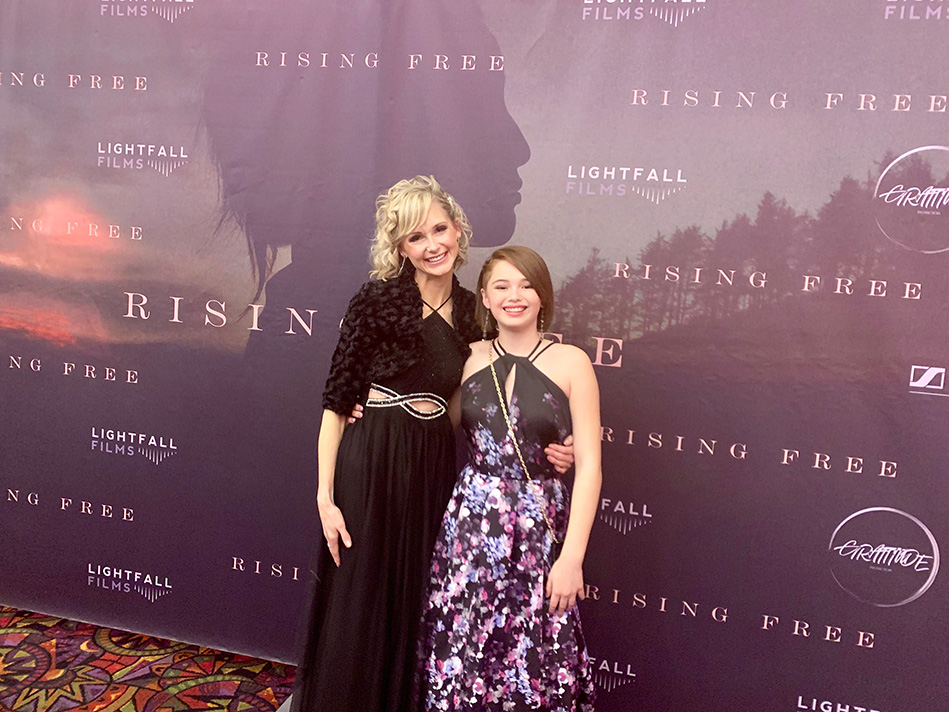 Rising Free portrays the harrowing journey of a young woman running from the throes of prejudice. Taken in by a gracious pioneer family, she learns to stand in newfound hope but is soon tested by unforeseen tragedies. In a vast and unforgiving wilderness, she must embrace this foreign hope within or surrender to shadows of darkness that loom over her.

Film fans will appreciate the breathtaking cinematography and compelling story. Created from a perspective of faith, Rising Free seeks to be more than just a feel-good tale. The team at Lightfall Films hopes that it will speak into the lives of the people who watch the film and bring hope.

“We truly hope audiences would walk away from Rising Free being reminded that even in hard times, they can overcome. Even in darkness, they can rise above; even when hope seems too far from reach, they will carry on and persevere. We want every viewer to feel welcome, to feel like they are part of this story, and this journey in hopes that these characters truly feel like family,” explained Brooks.

Brooks, and many of the Lightfall Films team hail from Eagle. Many of the cast and crew, including the lead actors Melanie Foust (Nakomay) and Bob Grove (Thomas), are also involved in different areas of ministry. This mindset has fueled the film’s creation and is present in the themes throughout the movie.

For Brooks, being a part of a film that has the intention of making a profound impact has made all the difference. She hopes that the movie will be the catalyst in a journey of helping others in need. 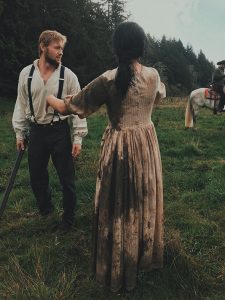 “The message is so powerful and means so much to me and has truly touched my heart,” says Brooks. “Losing my husband at a very young age and then my sister a few years ago, I could relate so much with the character of Nakomay. After losing everything in her life, she [finds] hope to rise again. [I hope] that this film will not only touch people’s lives but also bring forgiveness, hope, and faith never to give up.”

Though not filmed in Idaho, the production team wanted to stay within the lines of authenticity given the nature of the period piece. They filmed the movie in Oregon in historic homes, mountains, on the coast, and amid the open plains. Treasure Valley residents may recognize some of these iconic Pacific Northwest locales.

Rising Free can be seen nationwide at Regal 21 Cinemas on December 6th. For more information about the film, or to see the trailer, visit the website at www.risingfreemovie.com