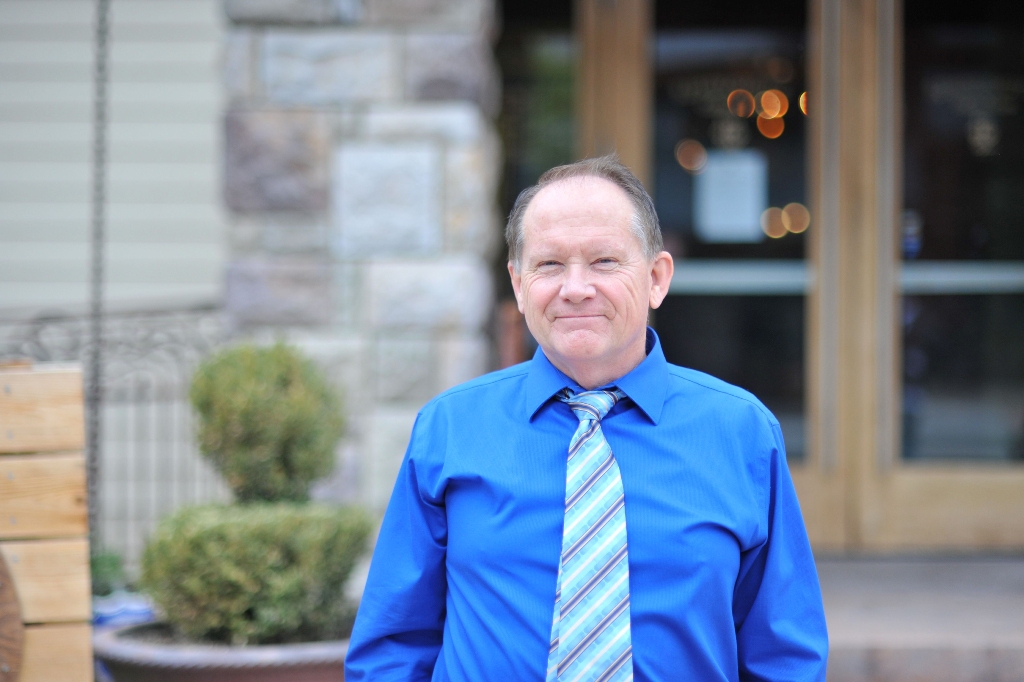 Eagle architect James Gipson has helped shape the Eagle we know today, one fine line at a time.

The streets of old town Eagle are lined with quaint buildings of different shapes, sizes, and styles. Each building has its own story, from the historic buildings have been there since the beginning, to the more modern additions who are still earning a history of their own. James Gipson, a local architect for over 40 years, has been lucky enough to both see and be part of the changes.

Since he could remember, Gipson wanted to be an architect. Something about it just fit with him and he pursued the career with great enthusiasm. Raised in Caldwell and living in the Treasure Valley most of his life, Gipson started his undergraduate education at University of Idaho. After three years, he left Moscow to continue his education in Seattle at the University of Washington, followed by an internship there and then one in Boise. Seeking even further knowledge, Gipson attended grad school at Harvard, where he achieved a graduate degree in architecture.

After graduation, Gipson felt he should return to the valley he grew up in. Like many natives, he wanted to raise his family here. He opened his private practice in 1973, and since then has been influential in many of the projects happening in Eagle. His work has also reached beyond Idaho and can be found in many areas in the Western United States.

There are buildings along Eagle’s State Street that have been there since the beginning. Many of the storefronts and interiors have held different shops and restaurants, and when changes were to be made, Gipson was the man for the job. Some of his work includes the renovation of Rembrandt’s and the Old Eagle Hotel, Reed’s Cycle, Burger Den, the R.L. Butler Building in Winding Creek, and the Eagle Fire Station. Gipson has designed multi-family homes, offices, restaurants, and single-family homes.

When asked about what he loves to design, his answer is as simple as the projects he loves: small, modest residential projects. “I don’t want to take away from a large house, because they can be great, but I like to design smaller, functional, homes.” This quality is especially relevant for today, where people are cutting back the scale of their homes, but still want high quality, beautiful places to live. The wonderful thing about the city of Eagle is that there is something for everyone. There are smaller lots in close neighborhoods and acreage in the larger zoned areas, as well as apartments, duplexes, and condos. Gipson has designed many different kinds of structures, and in the past, his business stayed current when others had to close their doors.

During the recession, Gipson stayed busy, but the volume of business at his practice decreased significantly. He and his draftsmen persevered, however, and they remain a strong voice in local architecture today.

The architecture of Eagle has changed with necessity and the growth of the city. Parts of those changes have been influenced by the Design Review Committee, which reviews and approves new construction or renovation of existing buildings. Gipson was part of that Committee for a while, and enjoyed his time there. In the past, the Committee wanted the city to have an older Western, turn-of-the-century theme, and some of the buildings reflect that style. Eventually though, the view of the Committee has turned to a workable interpretation of that style, which allows for many reasonable designs.

As for the future, Gipson has a positive outlook, and says, “The appearance of Eagle architecture will be reflective of current western American styles and methods of construction… the commercial and residential needs will continue to change and evolve, but I think it will reflect what is happening in other communities.”

Although many residents don’t know what happens behind the scenes, James Gipson is a large part of the way Eagle has been shaped. In more recent years, technology has allowed him to work largely from home, communicating with the draftsmen he has worked with for many years. He is happy to be here, and happy to contribute his talents. His attitude Eagle’s architecture is optimistic, and his knowledge continues to make our city a beautiful, relevant, and lovely place to live.