The Arts: Psalm Sings of Life 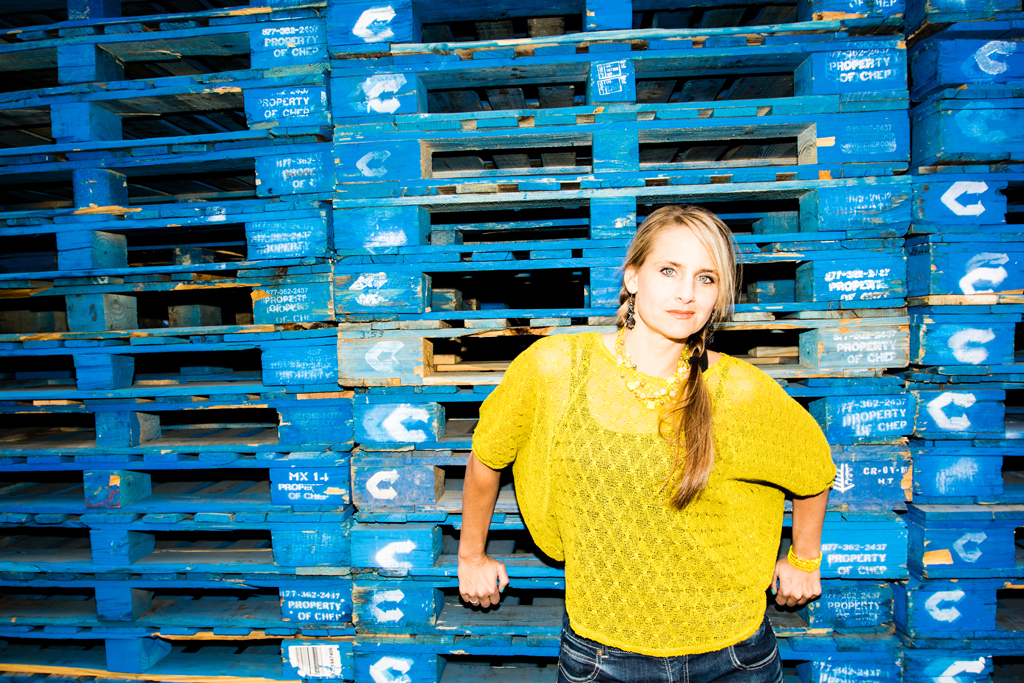 Singer/Songwriter Naomi Psalm’s life has all the markings of a true musician on the verge of greatness.

Naomi Psalm grew up surrounded by music. Her parents, who Psalm describes as “free spirited hippie types,” opened their home to friends traveling through Florida on their way to the next big thing. And, Psalm says, “there was always music.” Even if no one was playing live music, the radio was on somewhere.

Early in life, Psalm began to show her artistic sensibilities. She wrote her first poem at age 8. At 13 she picked up a guitar and learned chords from anyone who would teach her. “I learned a chord here, a chord there. Someone would play something and I’d say, ‘show me that.’ I’ve never had professional training.”

At age 14, Psalm moved to Taiwan with her parents, who were Christian Missionaries at the time. While she was there she learned Chinese and loved the experience; but more than that, she realized that school wasn’t for her and that she liked life overseas. By the time she was 19, Psalm had found that her true passion was for music. “Music makes me feel alive,” Psalm says, “I feel like I’m doing what I’m created to do.”

First hired as a bass player in a band, Psalm traveled to Amsterdam for rehearsals. Unfortunately, she didn’t perform as well as she would have liked. Before long, the band’s manager pulled her aside and told her that she would never be a lead singer and gave her three options: keep the financial books, go home or play the tambourine. Having given up three jobs for this opportunity, Psalm took the criticism as a personal challenge—and has proven that opinion wrong time and time again.

Psalm has traveled to over 30 countries, always with her music at the forefront of her travels. It’s been a challenging ride for Psalm, but the strength and soul she possesses is mirrored in her music. Likewise, her unwavering dedication continuously proves just how committed she is to her dream of standing before a sold out arena and sharing her gift with the world.
When Psalm began to play her own music, she found her indie-pop sound—which has often been compared to the likes of Sarah McLaughlin and Sheryl Crow –was well received.

Of Psalm’s four albums, her most recent release, “Stare,” (2011) won her the 2012 Best Female Vocalist award from the LadyLake Indie Music Awards. Her first music video for the song “Ink” was released in 2012 as well. This year doesn’t find Psalm slowing down at all. In April her second music video for “Already Hit Send” premiered.
And the success is truly all her doing. Psalm doesn’t have a label, a manager or a booking agent; all though she is looking. She does her own publicity and marketing as well, all the while trying to find time for her first love—writing songs and singing for her fans.

“I try to learn something new about myself and how to connect with my audience with each show.” Psalm said. But ultimately, Psalm is satisfied if her fans leave her shows having connected to one of her songs, or herself, on an emotional level. And it’s no wonder why. Psalm lays her heart and soul before us with her music. She has the tenacity to share her heartache and at the same time her love of laughter keeps her unpredictable, lyrical content entertaining fans.
How has music changed for Psalm over the years? “Just me and my guitar is enough,” she says; where at one point she thought she needed to have a band behind her for support. This free spirited, adventurous musician has proved that she is indeed made of lead singer material.

To learn more about Naomi Psalm’s show dates, listen to her music, and experience her magic for your self, visit naomipsalm.com.