When Linda Western wanted a change from teaching ballet and tap dance, she saw a need to add something fun to downtown Eagle. Nearly fifteen years later, her store, Second Avenue, has become an integral part of the downtown charm.

Western and her family moved to Idaho in 1994 from Nevada, where she immediately fell in love with Eagle. When she first got here, she taught tap dance at Ballet Idaho. But after about ten years, she started looking for something different. Meanwhile, her family had purchased a building as an investment, and rented out office space. Eventually, renters wanted to downsize which led them to move into the basement of the building, which left Western with an empty upstairs space.

“My husband [at the time] and I were brainstorming what businesses we would like to see downtown, and we really wanted to see retail coming in, because there wasn’t really any at the time in 2003,” Western said.

“In January, my husband said to me ‘you’re planning to leave the ballet in May, so why don’t you open a consignment store?’ and I was excited about that, so that’s what I did!” explains Western.
After finishing up her last season at Ballet Idaho, Western opened Second Avenue in June of 2003, with her friend from the ballet, Sonja Deines. For the first few months, Second Avenue was a strictly consignment store, but Western quickly saw customers wanting more options to choose from.

“I wanted to see how it would do, so I started bringing in new home décor, and it grew,” she said.
About five years later, during the recession, Western saw a lot of her neighbor stores close. By 2011, Second Avenue was one of the last retail stores left in that side of town.
“During that time, people weren’t upsizing or downsizing, they were keeping their sofas and everything else and really just trying to make it through,” she said. “But, what I saw was that people were still buying birthday presents, they were still getting cards, they were doing those little things.”

She spent the next three years bringing in more gift lines, which added more of a fun side to Second Avenue. After its success, Western started blending her stock of consignment furniture, home décor, and gifts. She shortly found that her gifts were outselling the furniture.

Western has been busy finishing a remodel of the store, which she said was definitely needed after fifteen years of business. Upon entering, guests are now welcomed by brighter colors and a fresh new feel.
Western, and her team (along with a Mini Australian Shepherd that can be found there most days) spend their time buying gifts, home décor, and acquired consignments. And throughout Second Avenue’s fifteen years of business, Western has been incredibly thankful for the amount of support from Eagle and its residents.
Look for Second Avenue’s big birthday celebration in June! For more details, visit their Facebook page! 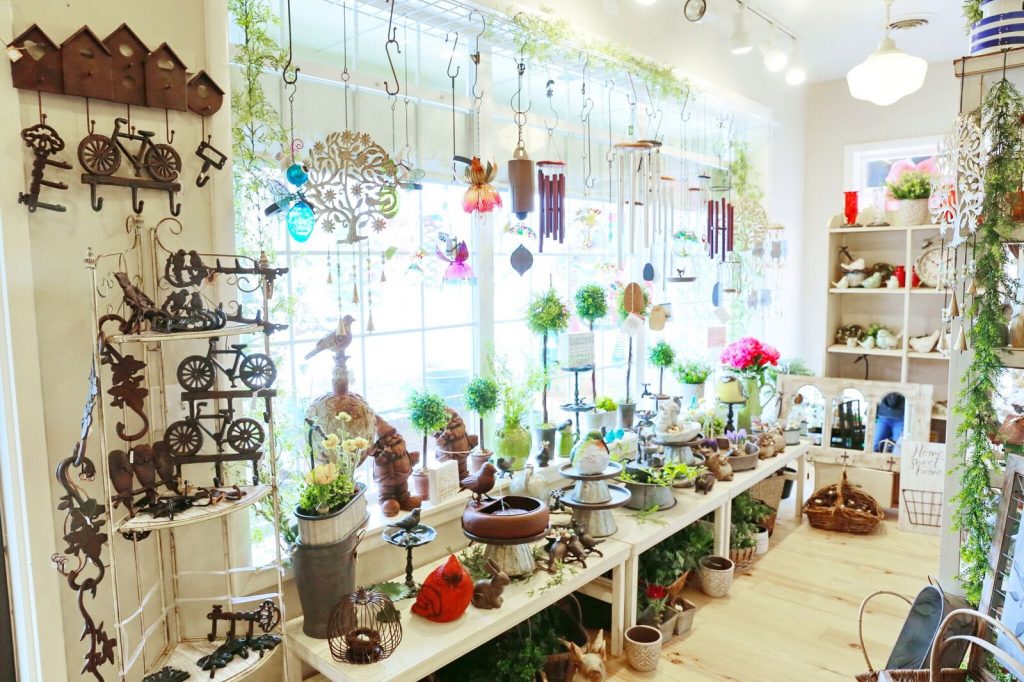