I am Liza Long’s Friend 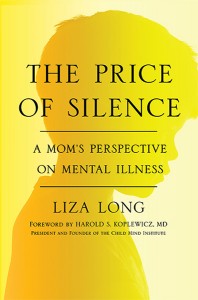 Two years ago, Liza Long lived a quiet life as a single mother of four children, a talented employee at a local community college, and the writer of a blog. This fall, her book will debut on The Today Show, a series will be published in People Magazine, excerpts will be printed in Psychology Today, and she will appear on the national television show Dr. Oz before traveling to Washington, D.C. to testify before a Congressional Committee. This meteoric achievement of every author’s dream began with a 750-word blog.

On December 15, 2012, Liza wrote an emotional article after the Newtown school shootings. As the mother of a child who had undiagnosed mental illness, she voiced her concerns that her son could someday repeat the horrific actions of Adam Lanza because of inadequate social services and improper procedures to deal with children with mental disorders. Boise State University’s online journal The Blue Review republished her blog with the provocative title, “I Am Adam Lanza’s Mother.” The post went viral, receiving 1.2 million readers on the social media platform Facebook.

My telephone started ringing at 6:00 am on Sunday, December 16, 2012. In three hours, I answered more than 50 calls from prominent media and news organizations asking me to provide contract information for Liza Long. They found me because I am the owner of Mill Park Publishing, the publisher of two of Liza’s books that she had mentioned on the social media platform LinkedIn. The frenzy of frantic calls lasted four hours, and I forwarded each request to her.

The emails came just as fast: Dana Rapoport, the personal producer to Geraldo Rivera, requested immediate assistance. Shawn Taylor, executive producer for the Thom Hartmann national radio program added “URGENT” in the subject line. PRISA, a media conglomerate headquartered in Spain, wrote and noted they recently interviewed President Obama and could I please give them Liza’s contact information. The producers for CNN reporter Erin Burnett sent a desperate email, worried that their request might “be lost among a sea of media requests” and would I facilitate an immediate response and connection.

The most obnoxious person was Polson Kanneth, a producer with Diane Sawyer at ABC News. He made several calls and sent numerous emails. He was livid when I told him Liza would be interviewed first on NBC. He tried to explain that she had no right to do that. After that exchange, I shut down my computer, turned off my cell phone, and went for a drive. I’m just a fun-loving publisher with two titles per years, and I work from my home. I’m not Adam Lanza’s mother. I’m just Liza Long’s friend.

The following weeks were hectic for Liza after she decided to write a book about mental illness. Several agents, editors, and publishers fought over the rights for her book; again, this is every writer’s dream. She chose Hudson Press and wrote the book, The Price of Silence – A Mom’s Perspective on Mental Illness. Even before the official release, the book received positive reviews from Publishers Weekly, Kirkus Reviews, and world-renown mental health professionals.

Andrew Solomon, PhD, author of Far from the Tree, wrote that Long’s book is “a courageous, determined, radical book…that exposes the dearth of alternatives for parents of kids with mental illnesses, the shame that attends their perceived failures, and the hope that such families may find their collective voice and demand better options.”

“Those 750 words changes my life,” said Long. “My advice to other writers is to write every blog as if that message might be the one that the world recognizes.”

Long says that along with the praise she received a lot of criticism. Many people accused her of exploiting her son, of being a bad mother, and of taking advantage of the Newtown shootings.

“Writers wonder about fame until it happens, and then it’s incredibly draining,” she said. “My happiest time as a writer is when I’m alone with the door closed. During this book promotion there won’t be any alone time, but I accept the challenge because it’s making a positive difference.”

Long also has received envious remarks from other writers who think she received too much too quickly. She counters with the fact that she has been a professional writer for more than twenty years, and that she would be happy for any other writer’s success. She continues to encourage people to write with a passion to touch a nerve.

Long says that the experience has produced two life-changing events for her. She is a founding member of Treatment before Tragedy, a group of mothers who advocate changing the mental health system. She also has a respected and recognized voice on the national level. It’s not unusual for her to receive weekly calls from national media broadcast and print forums. In the midst of the publicity, Long manages to find time to complete her Ed.D coursework and plans to write her dissertation about perceived leadership skills of college-age students with mental health issues.

Her son controls his now diagnosed bipolar disorder with prescribed medication and other therapies. Long and her other children no longer fear for their lives as they once did during his previous manic episodes. Her son attends public school, and is channeling his energies into writing books of his own.

“My main message is that there is hope for children with mental illness,” she says. “It’s important to speak up for your child and for all those children who desperately need help. We must stop treating mental illness by throwing children in jail, and stop stigmatizing families of those with mental health issues.”

When asked how state agencies can come up with more funds to cover costs associated with treating mental illness, Long is adamant about her opinion.

“Nationally, 80 billion dollars is spent on our prison systems every year, and almost 80 percent of the children in the juvenile justice system have mental illness problems. We should reallocate that money and support assisted outpatient treatment programs. Instead of jailing people, let’s help them take the proper medications so they can work and have productive lives.”

Liza Long and I continue to be friends, even though we shine in different worlds. We met in 2007 when she interviewed me for Eagle Magazine about my new book, Menopause Sucks. It’s been an interesting journey, and I’m proud that one of our collaborated books won a national award from the Independent Publisher Book Award Program. I’ll stay with midlife humor and watch as she goes nuclear. But, I’m not taking any more phone calls from frantic producers.

The Price of Silence – A Mom’s Perspective on Mental Illness

Previous articleProgress: The New Perfect
Next articleThe Family Behind the Football