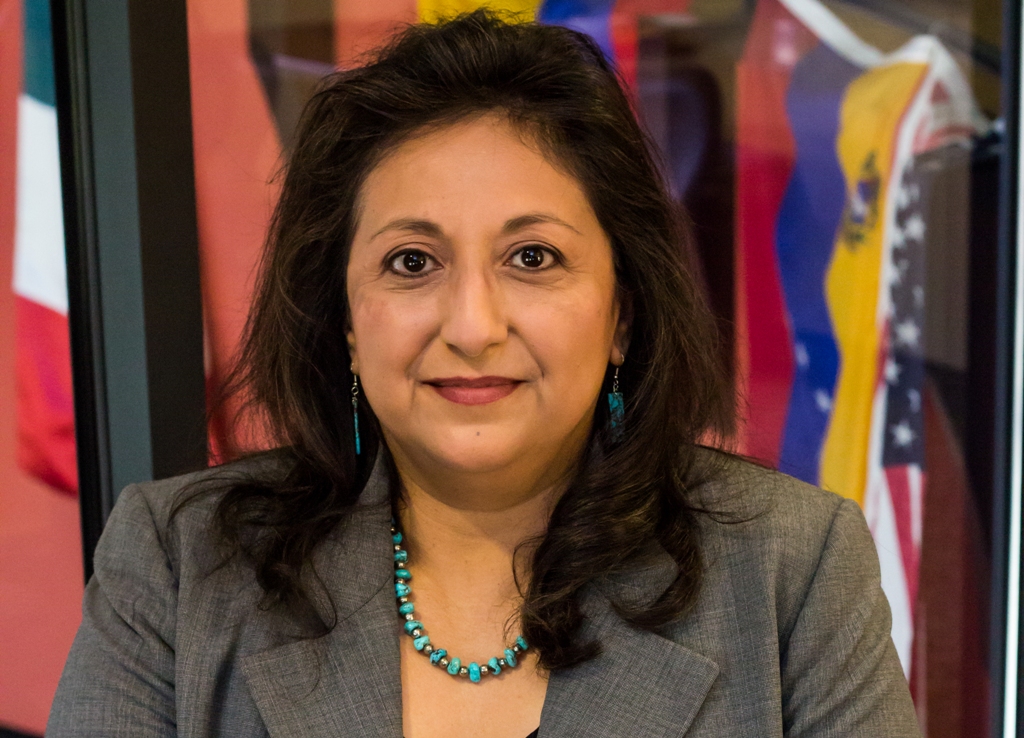 If you ran into Natalie Camacho Mendoza at the Albertson’s on Eagle Road and knew nothing about her, you would never guess the number of economic, social, and linguistic barriers that she has overcome to become the attorney and activist that she is today.

Mendoza, an Eagle based attorney, is, perhaps, most known for her instrumental work in the opening of Nampa’s Hispanic Cultural Center in 2003. The Hispanic Cultural Center strives to be a catalyst that brings the Idaho’s Hispanic community together and holds great potential for the community by creating programs that benefit young people, as well as addressing issues of cultural sensitivity and leadership.

While other parents in her community wanted their children to work in the fields in effort to make money to support their families, Mendoza’s father always told the children that their job was to go to school. In fact, Mendoza credits her father as being her first law professor. If she or her siblings wanted to participate in an extra curricular activity, they had to plead their case with her father.

“My father drilled us with questions about it; it was just like law school. He made us think about all of the possible impacts and taught us how to be analytical. If you were able to convince him that the activity wasn’t going to interfere with your education, he might let you do it,” Mendoza said.

Mendoza remembers poignantly the time that she became aware of how important education was for her future. At age nine, she was doing janitorial work in a doctor’s office with her mother and grandparents after school. “I remember hating it. I thought ‘I need to go to school so that I can do something other than this for the rest of my life.’”

Growing up, Mendoza recognized various instances in which her family wasn’t treated as they should have been due to their economic status and lack of higher education. “There’s no question now that I was witnessing injustice and the exploitation of people; they were taken advantage of. As kids, [my siblings and I] we weren’t able to advocate for our parents.”

Mendoza completed her undergraduate degree at Idaho State University in Political Science, where she studied various political unions, as well as the National Association for the Advancement of Colored People, and how it was possible to have an impact on social change through the judicial system.

While a student at Idaho State University, Mendoza conducted her own research about farm workers in Idaho after realizing there wasn’t “really any documentation about them.” While conducting her research, she interviewed “some pretty incredible people” which was another factor in her motivation to pursue law school.

Throughout her life, Mendoza has always had strong female mentors to guide her. “You’re never alone, you’re always standing on the shoulders of the person that came before you,” Mendoza says. In many ways, Mendoza considers her law degree to be a family degree, as she couldn’t have done it without them.

Mendoza hopes to make things easier for the people that come after her as well and to make changes so that children don’t have to address the problems of blatant racism that she faced. Natalie wants to make opportunities and direction available for future generations so that life isn’t always a struggle.

As a result, Mendoza is often invited to sit on the boards of local and regional non-profits due to her “ability to contribute a voice that represents different perspectives that an organization may not have explored.”

Currently, Mendoza works with the Treasure Valley NAACP, the Idaho Criminal Justice Commission, the Mission Committee at St. Alphonsus Regional Medical Center, and serves on the Board of Directors at Farmworker Justice, and the Northwest Area Foundation.