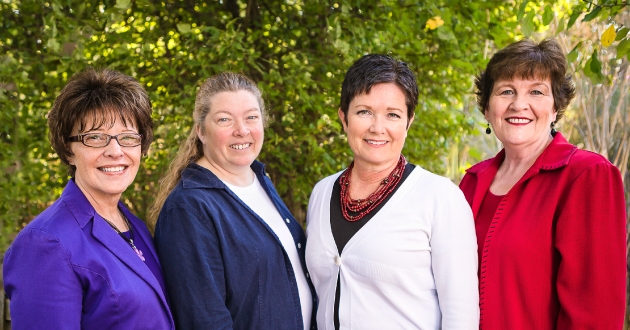 If you dream of being a published author, Idaho Creative Authors Network (ICAN) can help you. Founded in late summer 2015 with a Facebook page and website that launched in September,  ICAN events encourage and develop the dreams of fellow authors. ICAN exists to promote, educate, and encourage new as well as seasoned authors. ICAN offers book coaching, social media training, and private instruction for writing, publication, marketing, and public speaking.  ICAN’s founders met through other writing groups such as Pixie Chicks, Idaho Authors’ Community, and book signings at local libraries.

The four founders of ICAN are Carol Green, JoEllen Claypool, Phyllis Vavold, and Sheila Eismann, an Eagle resident since 1995.  “What I like most about living in Eagle is that it still has that small western town feeling,” says Eismann. While herding cows and growing crops on a farm in the Homedale area, Eisnman also grew her imagination.  She started storytelling when she was seven, scaring her baby sister with stories that all began with: “It was a cold dark night and an old man was driving a long black car.” Eismann began writing in 1988, occasionally penning poetry and keeping a spiritual diary.  In 2008, after she spoke at a women’s conference, she was inspired to write her first book. A Woman of Substance, a 12-week Bible study for women, was published in January 2009. Since then, Eismann has authored and published eight more books. “I completed one of my life-long goals as an author earlier this year when I helped a fifteen year old from Meridian publish her first book titled Garden Blooms. I have a heart to help future generations of writers.”

Carol Green describes how the group came up with the name. “We were looking for something that would identify us locally [Idaho] and convey the message that goals can be accomplished. ICAN was perfect.” Green’s first book, Gold Pans and Iron Skillets, was published in October 2008. “It was a co-publishing contract. I learned that meant I paid for a lot of the expense and had to do my own marketing!” Since then Green has self-published three more books.  Green is involved with other writing groups including the IAC (Idaho Authors Community) and WOW (Writing Our Way—a local group she began for writers in the west end of the valley), but there was still “a need for events on the local level that would be affordable to new writers,” notes Green. “There is a widespread writing community in the Treasure Valley and around the state with a lot of talent and experience. Why not host events that would tap into those resources?”

A book coach encouraged JoEllen Claypool to self-publish in 2012. She was involved with the Pixie Chicks, who published An Eclectic Collage, An Eclectic Collage Volume 2: Relationships of Life, An Eclectic Collage Volume 3: Demystifying Death and An Eclectic Collage Volume 4: For the Love of Animals.  Claypool, who is married to a pastor, has written several books to help others including A Realist’s Guide to Being a Pastor’s Wife, Realistic Tips to Being a Pastor’s Wife, The Secrets Behind the Eyes: Life (?) After Abortion and Are You on the Verge of a Spiritual Heart Attack? She finds the hardest aspect of writing a book is marketing. “I enjoy encouraging authors of all ages—from children to the elderly—everyone has a story to tell. There are people out there going through situations where they think they are all alone. They need to know someone can relate to them. Be bold, be brave and tell your story!” Claypool has advice for those who want to publish a book: “Don’t give up!”

“Producer Bill Houston interviewed me and encouraged me to submit my story for publishing,” recalls Phyllis Vavold. In January 2010, her story aired worldwide through the program Words to Live By.  Later that year Vavold published her first book, Grace for the Raging Storm, a compelling spiritual drama. “I began through a local publisher and then found that CreateSpace worked for my style of publishing.” Recently Vavold was an author finalist at the Writing for Your Soul Conference hosted by Jerry B. Jenkins in Murfreesboro, TN.  After an automobile accident that claimed the life of her husband, Vavold became an inspirational speaker and author.  “I am an ordinary woman with an extraordinary story to tell. I began speaking to share my story and it seemed natural to progress into the world of writing. Little did I know when I started I would have three published books with a fourth on the way.  Many have shown interest in reading the process of my healing.” Grace for the Raging Storm provides her an opportunity to help others who deal with loss and the difficulty of the healing process.  Like the other founders of ICAN, Vavold shares her experience as an author through book coaching. “I customize their author journey. I set up a plan, mapping strategy, and achievable goals. We work together as to how the process will best work for them.”

ICAN is not a writers group, but offers events, book coaching, and social media training.  If you want to become a published author, contact them and get the help you need.

Always carry a notebook and write something every day.

Read as much as you can and as often as you can. When you write your first book, consider writing from a position of your strength. Follow your heart’s desire.  Creativity is inherent within each one of us whether it is in the form of a story, song, or sketch on a canvas.  Writing a book can seem overwhelming at first, but there is a lot of assistance to complete your project via the various writing and author groups in our valley.  Follow your dreams and stick with your writing!

Open your mouth! When I visit with groups to present my books, I always ask how many writers or would be writers are in the group.  One hand will cautiously begin to rise, and then another and another.  Even those of us who are extroverts tend to hide our candles under bushels when it comes to sharing our writing. It’s a gift worth sharing!

It is a process. You are the only one that can tell your story or write your book the way that it is pictured in your mind. Many people have dreamed of writing, want to write but few follow though. Use your unique voice, not an echo of someone else!