An Athlete with a Different Focus 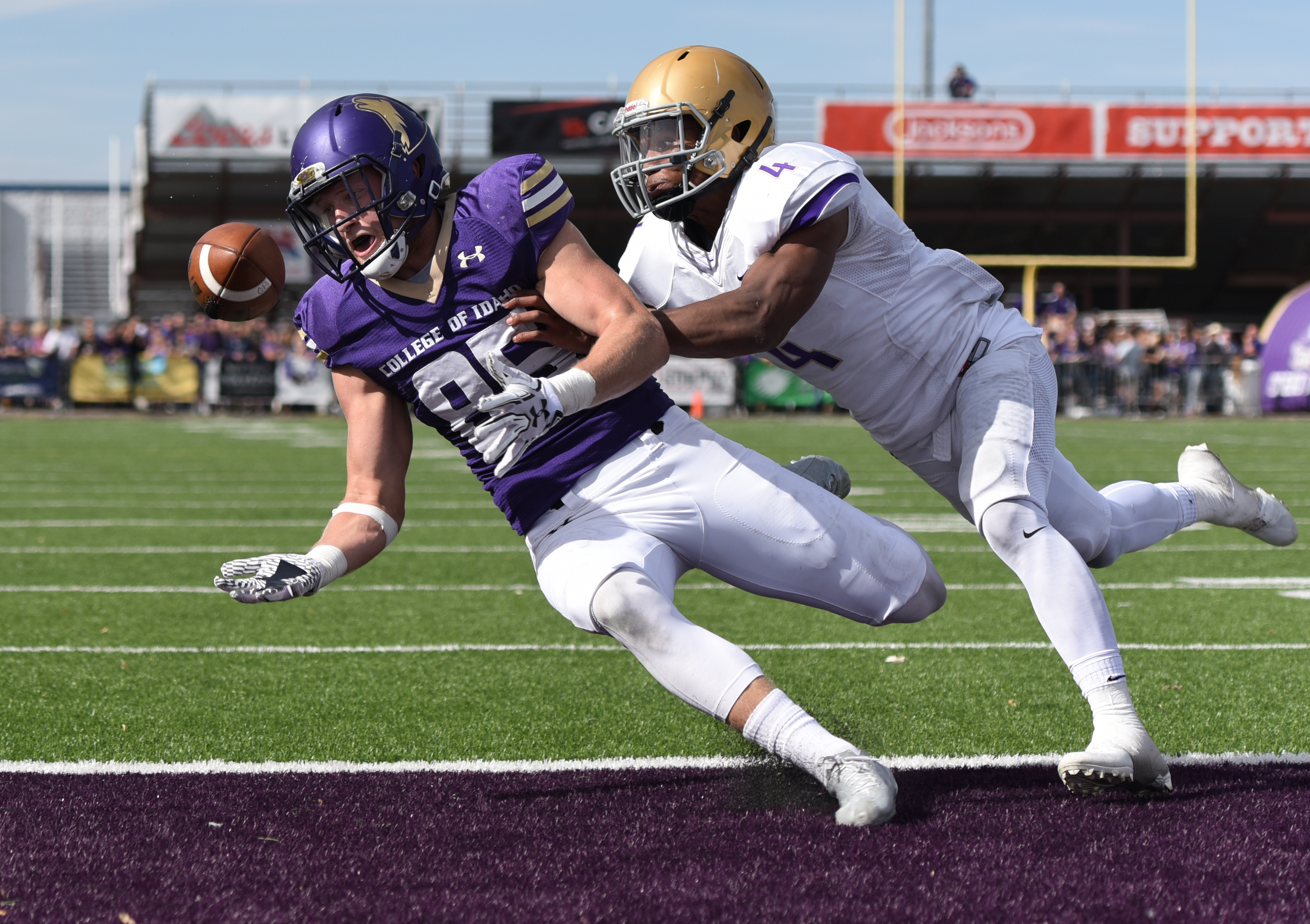 The College of Idaho, a private liberal arts school in Caldwell, recently reinstated its football program after a 37-year hiatus. And the Coyotes’ first recruit, Marcus Lenhardt, is a perfect example of what it means to be a student athlete at the C of I.

The Yotes football team was restored in 2013, joining the NAIA’s Frontier Conference for the 2014 season. Coach Mike Moroski started the team up with some fresh recruits, including many from local high schools. And his very first recruit was Lenhardt, a standout tight end from Eagle High School.

The C of I has now played three seasons since restoring the program, with Lenhardt earning All-Frontier Conference honors every year. As a junior this past fall, Lenhardt set single-season school records with 67 catches and 1,021 yards, and he also established career records with 150 receptions and 2,292 yards.

“Marcus has been fantastic. Unbelievable, really,” Moroski said. “I knew he’d be a good player, but he’s been even better than we expected because of his competitiveness and willingness to work on weaker parts of his game. He’s just a great player who continues to get better and better.”

Moroski played quarterback for UC Davis and went on to play eight seasons in the NFL. Following his playing career, Moroski returned to UC Davis, where he spent 15 years as an assistant coach. He was hired to coach the Coyotes in January of 2013, with the goal of bringing players like Lenhardt into a program where they could excel on the field while also getting a first-class education.

“My dream was to play at Boise State,” Lenhardt said. “I found so much more at The College of Idaho than I would have at Boise State. I’m super blessed to be led in this direction.”

The C of I features small class sizes and an 11-to-1 student-to-faculty ratio, which allows students to have more one-on-one time with their professors. The C of I also leads all Idaho colleges and universities in retention and graduation rate, as noted by Forbes magazine and other national publications.

“I like that [the C of I] has pushed me to think and take classes that I would not have taken without the PEAK Curriculum,” Lenhardt said.

PEAK (which stands for professional, ethical, articulate, and knowledgeable) allows students to graduate with a major and three minors in four years. The program gives students expertise in multiple fields for better career adaptability. Lenhardt, a business major, has also taken philosophy, English, and criminal justice classes to satisfy his minors. He recently was named to the COSIDA All-District Five team, which requires a minimum 3.30 GPA.

“I think Marcus is an excellent example of a scholar-athlete,” says C of I business professor Dr. Marilyn Melchiorre. “He’s very dedicated and successful, both as an athlete and as a student.”

Adds Moroski: “Marcus wants to excel in every area of life, and that’s what we want to build our program around. He’s done great things here at the C of I, and the sky is the limit for his career ahead.”

Lenhardt’s commitment to football and academics has made him dynamic both on and off the field. By taking full advantage of what The College of Idaho has to offer, he has set himself up for success after graduation.

“I’m very blessed to have had coaches and teammates who have helped me excel in this program,” Lenhardt said. “But the real reason I’m here is to get my degree—and win football games.”