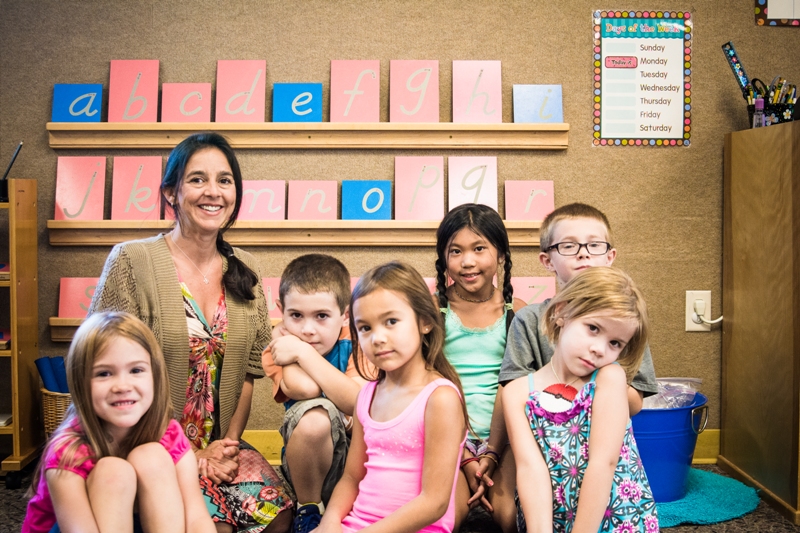 Throughout Idaho, school is back in session and students of all ages are hitting the books and logging into virtual classrooms in effort to prepare for the future. Whether a student is enrolled in public, charter, or private education, there is no doubt that the face of education is changing drastically as technology becomes a permanent and prevalent part of our society.

Few would disagree that students need to master the technological developments that are driving the future. However, it also seems safe to say that most would agree that children and adolescents (and just people in general, for that matter) are spending too much time staring at a screen instead of engaging with the authentic world and, as a result, are losing touch with the human experiences that make life worth living.

Jody Malterre, along with her husband Mike, owns and operates the prestigious Montessori Academy in Eagle, and is the first to raise the banner in the crusade to unplug our youth and engage them in authentic experiences. Malterre, who is also a fourth – sixth grade teacher at the Montessori Academy and the mother of two adolescent girls, knows first-hand how too much technology can interfere with the healthy social and educational development of children.

“The best thing we can do for ourselves and our kids is to unplug from the technology that is ruling our lives,” Malterre says. “Families need to engage in dialogue, they need to walk, cook, play games, explore, learn, and even clean together,” she says. “Let [kids] be bored, even. Boredom fuels creative play and problem solving skills, and encourages them to use their imaginations, create and explore rules for engagement, and develop their own interests outside of the influences of the media, and even parental control.”

“Over the summer,” Malterre says, “my daughters (aged 12 and 14) are getting about an hour a day of screen time. And it’s even less during the school year. Often, homework aside, their recreational screen time is less than a half-hour a day, and more often than not, it’s nonexistent. As a family, we’d rather spend our downtime together and engaging in the world than isolated from one another and disconnected from reality.”

Malterre understands that her family’s situation is not the prevailing norm in American society, but she does hope that more parents will reconsider the amount of screen time their children are experiencing as the school year begins, especially as technology starts to permeate the classroom and the culture of mainstream education.

“Even if the family has to be plugged in,” Malterre says, “do it together. It may seem odd, but in the long run the family is still together; sharing a chuckle, asking questions, sharing news… it’s still time. And when it comes to family, quantity is just as important as quality when it comes to being in each others company.”

Not surprisingly, Malterre has a book at the ready to share with the readers of EM who are interested in learning more on the impact of society’s tech-overdose on children; Richard Louv’s Last Child in the Woods: Saving Our Children from Nature-Deficit Disorder. “The title of which,” she comments, “says it all.”

If you are interested in learning more about Eagle’s Montessori Academy and the philosophy that drives its educational approach, visit the school’s website, www.boisemontessori.com.