Eagle – Then and Now 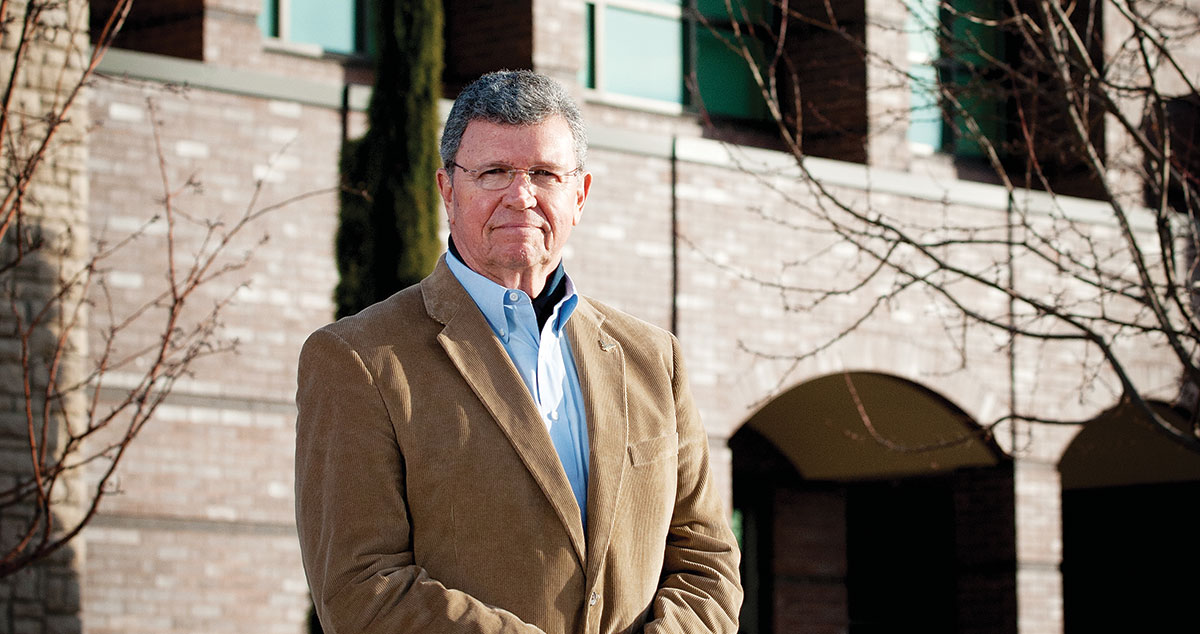 From its inception, Eagle was a place of commerce.  Being right on the Boise River, it was always a trade route.  In the very early days, it was trade with the trappers, Native Americans, and later prospectors from the gold and later the silver fields.   Some of its earliest settlers like Truman Catlin and Polite Mace were shrewd enough to recognize that the supply of water and the fertile soil could mean a great future in farming.  Their early irrigation efforts led to the amazing canal system completed in 1903 with teams and plows.

It was Thomas Aikens who recognized the value water rights would hold in the future for this oasis in the high plains desert.  He also saw the potential a bridge across the Boise River would mean for the fledgling community that would be Eagle.  The County Commissioners decided to take the matter to the people.  Aikens hired a luxurious touring coach to haul voters to the polls from the Old Veteran’s home, now called Veterans Park in Boise.  The measure passed.

By 1904, there were schools of sorts; a grade school first to eighth grade and a small high school held at the Odd Fellows Hall.  The actual site was the parking lot where you now enjoy the Bodacious Pig’s delicious barbeque.  The top half of the building was later removed and moved to become Ruby Lou’s boutique.

The Valley Road, as it was known, ran right through town.  The Eagle Drug Store, on the north side, became much better known as Orville Jackson’s.  This long-running business served customers almost 100 years.  It was recently turned into the Gathering Place saloon

The Bank of Eagle operated for three years from that very drug store before building the handsome new bank building in 1910, now known as DaVinci’s Restaurant.  It was robbed in 1924 by two ex-cons who left with $2,700 after locking the cashier and his daughter in the air-tight vault.  Fortunately, the cashier had a screw-driver and the hinges were on the inside.

Not to be outdone by the new bank building, Thomas Aikens built the 16-room two-story Eagle Hotel across the street.  Today it houses Ye Olde Sweet Shoppe and ice cream parlor.

Merrill’s Egg Farm was a major attraction including the giant chicken, which now resides in Merrill Park.  Reed Merrill’s Egg Farm operated until 1988 when fire destroyed part of the structure.  The original site of the farm is now Eagle’s Main Fire Station.  How is that for irony?

The Wild West Bakery was first the Eagle Grill and enjoyed great popularity from the 1950’s until the 1970’s.  The popular Rembrandt’s coffee house was a Baptist Church for many years and still shows the shades of its origin.  The Eagle Barber shop was moved by teams of horses to its current location from across the street.  And Eagle Island, first a homestead, then a prison farm and now a National Park.

What a rich history Eagle offers.

Thanks to Arlene Fielding McCauley, Alana Dunn and Laurie Baker for their great material.

Previous article
Time and Again
Next article
Scott Vance: Give me that Old Time Rock and Roll