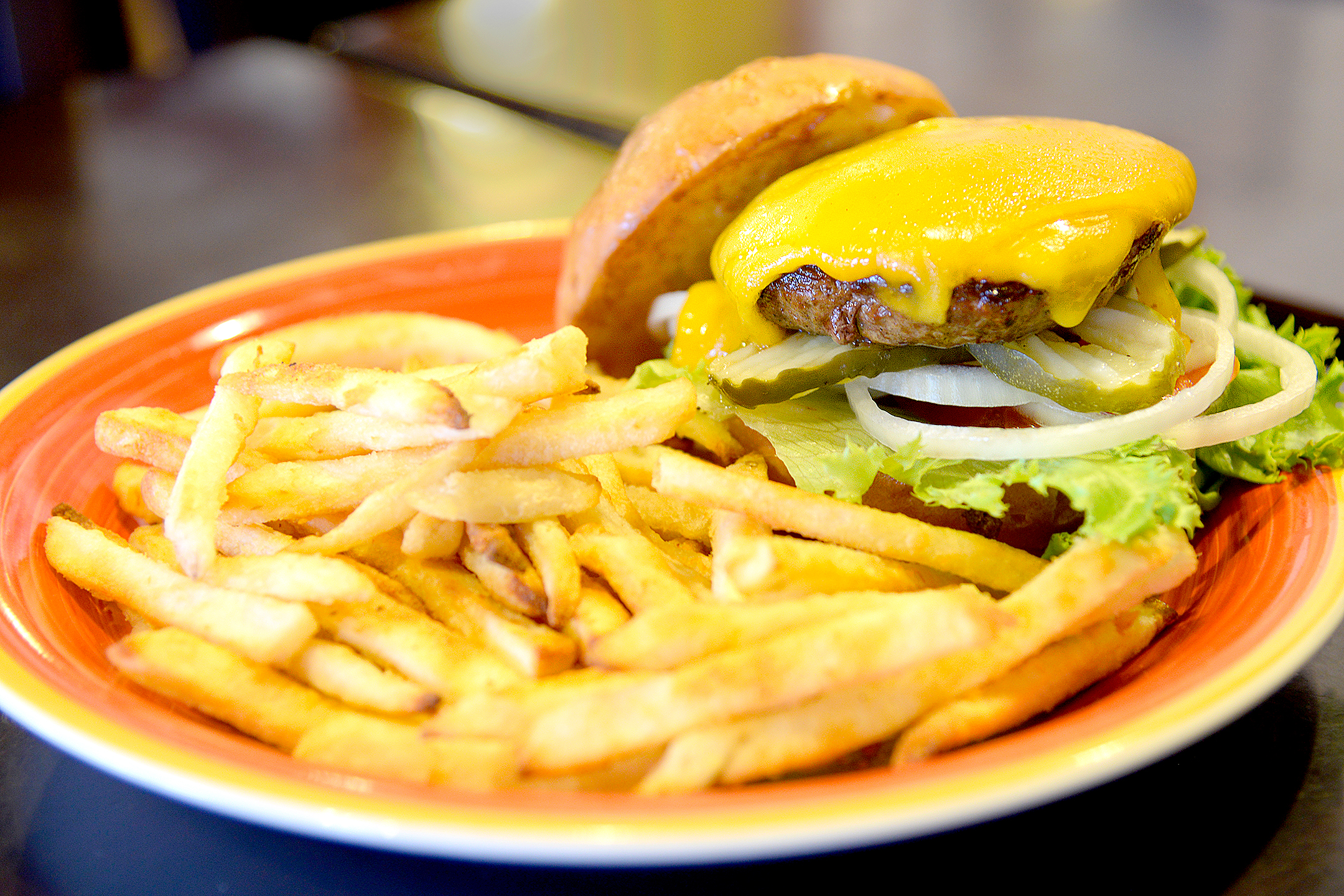 You have to go wild to get the best burgers in Eagle. Wild West, that is.

“We get our meat from The Porterhouse, a local meat shop here in town,” Naomi said. “It’s fresh ground chuck, never frozen, and we hand-make our patties.”

Those patties are cradled in house-made challah buns, which enhance all the flavors.

“It’s the whole package,” she said.

The challah bread is also used for their French toast, which “we’re really known for, too, and we also use it for out bread bowls.”

Their bakery is their foundation, she said, and Wild West is well known for their “world famous sticky buns,” which they’ve been making since the restaurant’s inception in 1994. Thick and melt-in-your-mouth tender, they’re coated in a unique, secret sauce that involves cream and brown sugar, among other ingredients.

“People order them by the dozens for the holidays,” she said.

The name of the restaurant is apropos of Eagle’s old western heritage. Naomi, a horse aficionado, once raised a lame wild mustang she adopted from a Bureau of Land Management pen to a national champion. The filly, known as Mustang Lady — a name she adopted as her own persona — won the 1990 national championship in endurance riding, and the triple crown for the Race of Champions, Tevis and North American Championship.

“She beat hundreds of purebred Arabians in this sport,” Naomi said. “She was a once-in-a-lifetime horse.”

The mustang was her inspiration for the name of her restaurant, which was once known as Wild West Bakery and Espresso. But many folks thought that was all they offered.

“We were serving breakfast, lunch and dinner,” Naomi said. With her background in corporate marketing, she tweaked the name “to make it a little more broad-reaching.”

And so it is. Now serving 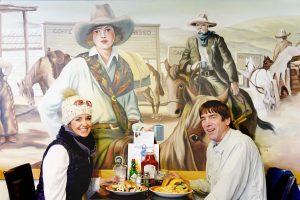 breakfast, brunch and lunch, Wild West offers a host of hot and cold sandwiches, quiche, homemade soups and chili, and all-day breakfasts. The latter includes a handful of favorites featuring cheesy grits, along with classic egg breakfasts such as design your own omelets, huevos rancheros, and a country benedict.

During the summer, they serve dinner on the patio.

If you like a drink with your meal, Wild West offers margaritas, bloody mary’s, mimosas, and champagne, as well as a house wine and several varieties of beer. They offer catering and space for private parties.

Naomi said she and her two chefs — Bryon Prevost and Jeremy Hobbs — take pride in taking the dining experience to the next level, creating new ideas along the way. You won’t find marionberry scones in many other restaurants, Naomi says.

“I have a passion for excellence in everything I do,” she said. “I want to provide my customers with a great experience. Everyone’s on a budget these days, and you don’t want to go out for mediocre.”