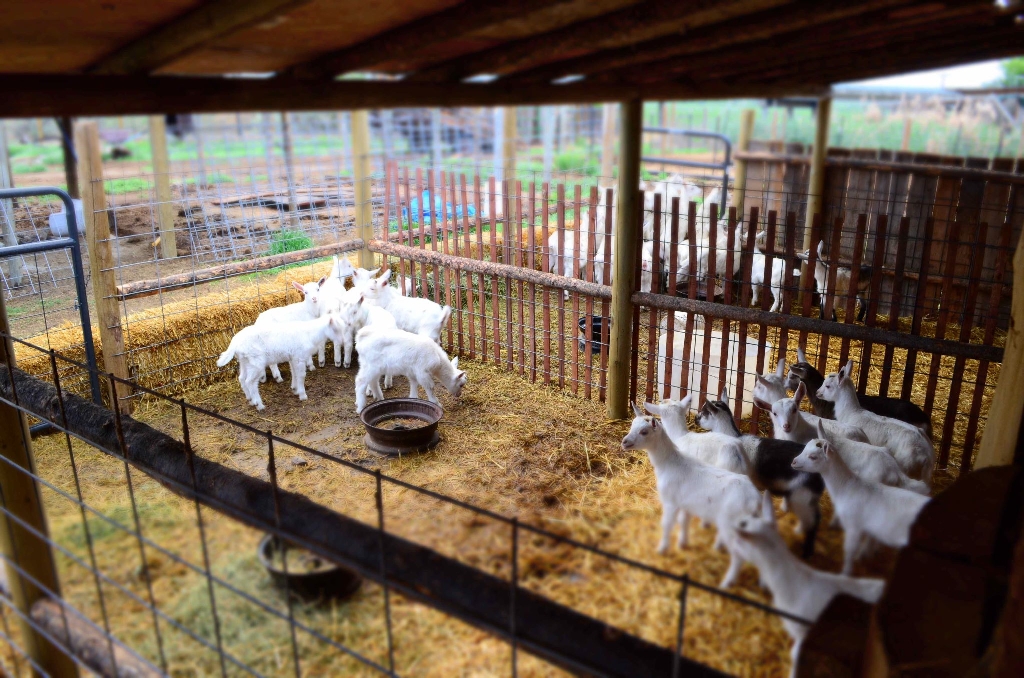 For 25 years cheesemaker Karen Evans has been tending the herds responsible for one of America’s best artisanal, farmstead cheeses

For many foodies, life would not be complete without cheese. The delicate curl of an aged Gouda, the pungent bite of a bleu, the smear of a succulent Brie and, of course, the exquisitely subtle tang of a chèvre are all akin to a religious experience for those who pay homage to fromage.

While many consider the great cheeses of the world to be produced across Europe –France, Spain, the Basque Country, Switzerland, the United Kingdom, and Holland in particular, the lucky locavore knows better. Not only is America home to an array of spectacular artesian and farmstead cheeses, but one of the best of the best is, in fact, an Idaho native.

Rolling Stone Chèvre has graced the most discerning palates and tables of the world and held its own against, if not surpassed, its European cousins as one of the finest goat cheeses in the world. Yet some may be surprised to learn that this delicate beauty hails not from the rolling hills of Provence, but from Parma.

Nestled in the rolling hills of the Snake River Plain, between the Snake and Boise rivers, is the 45-acre farmstead of cheesemaker Karen Evans. It is here, where the climate and soil composition so closely mirror that of Provence, that Evan’s herd of Saanen goats frolic and graze on the grasses that give their milk, and in turn Evan’s cheeses, their fresh, clean and delicate flavors.

For those who are unaware, the quality of an animal’s milk, be it a cow, a sheep or, in this case, a goat has everything to do with the flavor and quality of the cheese it is destined to become. That quality is largely controlled by the animal’s environment and the food it eats. While one might think that grass is grass; that simply is not true.

The grasses of Manchego, Spain, for example, vary in flavor from those found in the Parma and Reggio Emilia regions of Italy, and this largely why (in conjunction with production methods and aging) Manchego cheese varies in taste from authentic Parmigiano-Reggiano cheese. And the same is true for Evan’s goat cheeses. The climate, soil composition, and even the season all impact the flavor of the grass and, in turn, the flavor of the milk produced for the cheeses.

Not surprisingly, Evans understands the importance of the milk needed to produce her world-class cheeses and treats it accordingly. All the milk used in her chèvres is produced on the farm and is never trucked in from other regions, giving her cheeses a distinctively clean flavor. There is no chance that the flavor is contaminated from a bad batch of outside milk, or that the subtle nuances of milk produced from different goat breeds will clash. Her goats’ milk is purely that of her Saanen herd.

From this milk, Evan’s production is a relatively simple, on-site production. But the results are far from ordinary. A far cry from the shrink-wrapped, mass-produced goat cheeses found in the supermarket, Rolling Stone Chèvre offers a beautiful assortment of fresh, hand-pressed fresh chèvres and layered tortas (fresh goat cheese layered with, in Evans’ case, sundried tomatoes and basil pesto, fresh basil and pistachios, or, in the winter months, dried cranberries and walnuts); aged chèvres, which range from the plain, Italian-style Idaho Goatster to more exotic flavors, such as anise and lavender, and orange zest-pecan; and, of course, the renowned Bleu Agé, which consistently tops the lists as one of America’s best bleus.

If you are unfamiliar with Rolling Stone Chèvre, fear not. Evans’ cheeses can be found throughout the Treasure Valley, including the cheese counters at the Boise Coop and Whole Foods and the Capital City Market, as well as at some of the Valley’s most prestigious restaurants, including Alavita, Fork, Red Feather, Asiago’s, the Cottonwood Grille and Café Vicino. “Unfortunately,” says Evans, “my cheeses can’t be found in Eagle proper right now; but I hope that will change, I’d love to explore the Eagle market.”

To learn more about Rolling Stone Chèvre and the cheeses they produce (including Evans’ many new and seasonal releases), visit www.rollingstonechevre.com or their Facebook page.