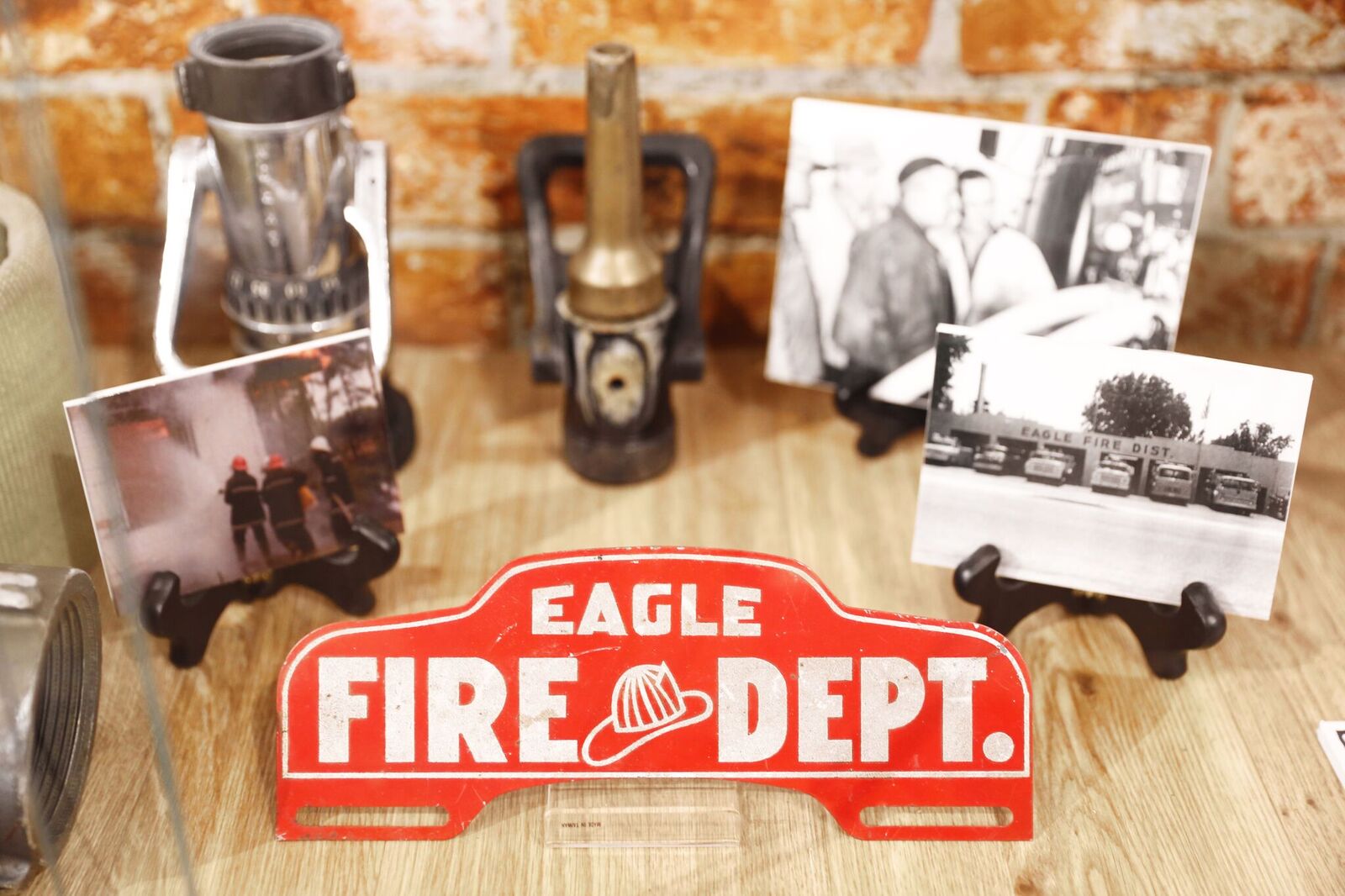 If you think driving on Eagle Road during rush hour is a challenge, imagine fording the Boise River to get to town. That’s what Eagle’s first residents had to do in 1864, says Alana Dunn, the curator of the Eagle Historical Museum. “For forty years, until Eagle beat out Star to build a bridge, the Eagle Island settlers either had to ford or ferry their way across,” Dunn told me when we met at the museum, noting that long before spacious homes dotted the idyllic landscape, early settlers were drawn to the island because of its abundant wood, fresh water, and productive soil.

Tucked away on Old State Street, the Eagle Historical Museum houses exhibits and archives dedicated to preserving the history of our beloved community. A 30-minute visit is a trip back in time. From an old blacksmith’s shop to a pristine 1894 Kimball parlor pump organ to strange, medusa-like 1930s permanent wave contraption that coiffed our grandmothers’ hair, the museum highlights Eagle’s roots as an agricultural community with cultural aspirations. 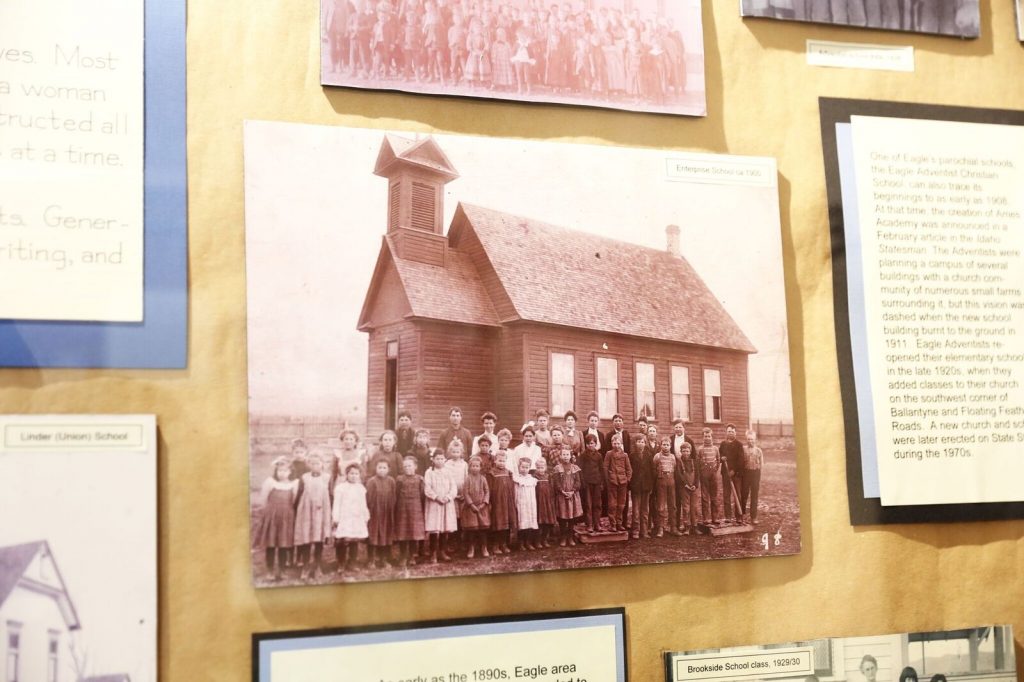 When the city was incorporated in 1971, only 359 residents called Eagle home. Today, 27,000 people live in Eagle, a desirable urban community in the thriving Treasure Valley. But the museum’s newest feature is dedicated to remembering Eagle’s beginnings through the stories of three Founding Fathers, Thomas Aikens, Truman Catlin, and Polete Mace. A bronze statue of Aikens stands at the corner of First Street and Old State Street and can be seen in one of the museum’s historic walking tours.

Another planned 2018 exhibit will feature the Eagle Island Prison Farm, which operated from 1929 through the mid-1970s, before Eagle Island State Park was developed. Dunn, who took over museum curation from Laurie Baker in 2012, is excited about including the community in this project. “We’re actively looking for artifacts for this exhibit,” Dunn told me. “Anything that people in the community may have—pictures, documents, anything—would be very welcome.”

Dunn also plans to develop an exhibit to showcase one of Eagle’s most infamous stories: a 1924 bank heist carried out in broad daylight at the stately brick bank that now houses DaVincis Restaurant. The two robbers accosted a cab driver and convinced him to join their plot. With one of the robbers’ children and a girlfriend in tow, the criminals carried out their brazen plot, taking $2,700 and making their escape in an imposing Cadillac cab as bank notes floated in their wake. They were swiftly apprehended.

These are the stories that continue to capture people’s imaginations. If you love history and want to make a difference, Dunn says the museum is always looking for volunteers, especially those with computer skills who can help with archival efforts.

One of the museum’s most exciting developments is the online collections database of archival information and photographs, hosted on the City of Eagle’s website. A quick glance through the site’s random images reveals a community with a rich history. Eagle has not forgotten its roots. 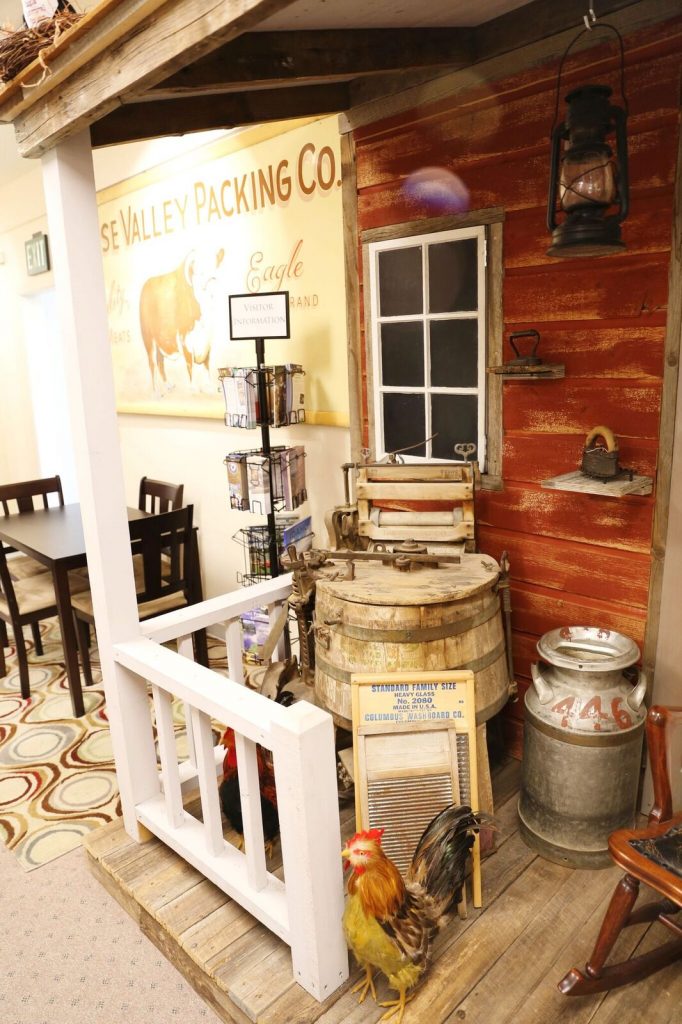 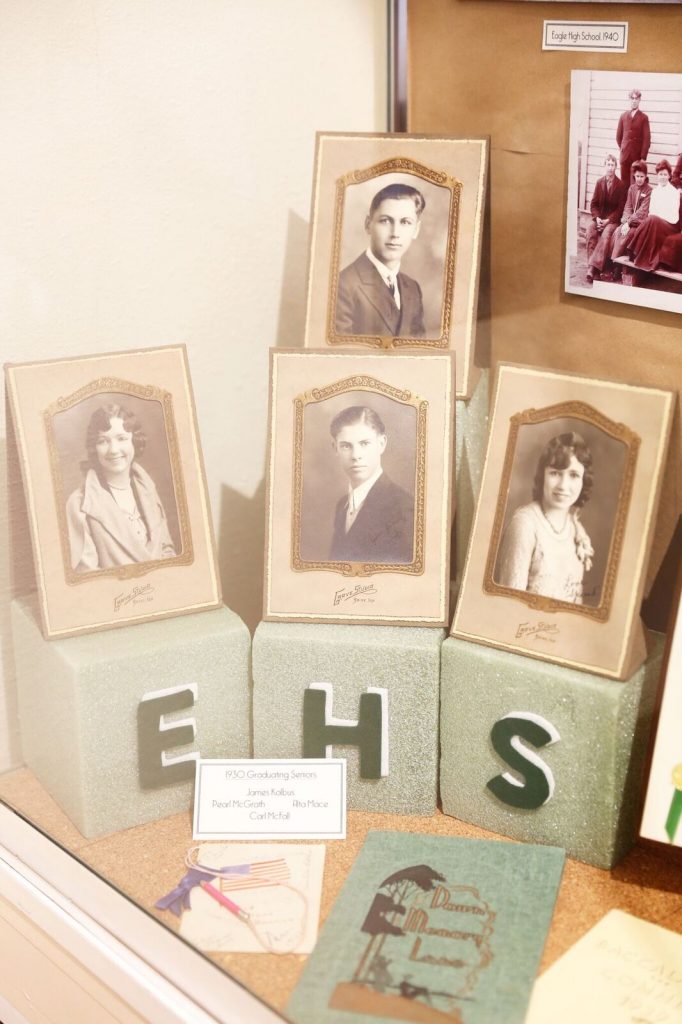