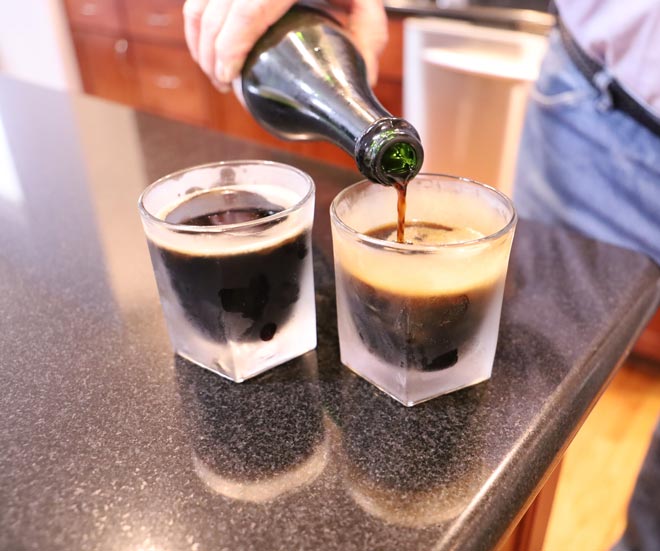 After success in the tech industry, one entrepreneur turns to sweet childhood memories for his next venture – hand-crafted root beer.

Gene Tange was in the single digits when he first made root beer. He began concocting his signature secret formula with his father in a shed behind his childhood home. Together, they would test different recipes to perfect the delightful drink that would someday blossom into Big Dog root beer.

Six decades later, Tange has perfected his bubbly recipe.  His vision is to distribute through local restaurants in and around Eagle. The only thing that makes this childhood-dream-turned-reality any sweeter is that on each bottle’s label is a picture of the brand’s inspiration. Tange’s late 170-pound English Mastiff, Denali, is printed on every bottle he makes.

“Anytime I make a bottle, I think of Denali,” said Tange, who describes his hand-crafted beverage as strong – just like his beloved companion’s personality – with a finish of licorice. 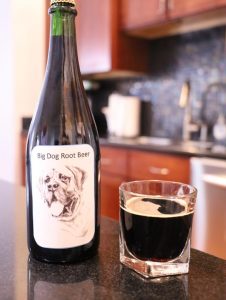 Long before this soda pop success story, Tange forged a career in Pleasanton, California, launching and growing PearlHPS.com, a business analytics software company. The software, Pearl Predict, predicts business outcomes up to a year out, has helped many medium, large and start-ups like Big Dog by providing real-time changes creating successful results unequaled by any other software today. Through 12,000 hours of research on over 40 companies, Tange’s team is able to achieve an astounding 80% accuracy up to 12 months out.

A New Plan Bubbles Up

Like many entrepreneurs, Tange’s success found himself ready for a new adventure. After visiting a friend in Star, this self-made business owner found himself drawn to the friendly people and the kind culture.

“The business community is very welcoming with a, ‘How can I help?’ mentality,” Tange said. “A set of values are present here that makes it different than other cities.”

And it was here – with the help of his own software analytics and the community’s open arms – that Big Dog was born.

Although the analytics and root beer seem vastly different, Tange reveals there is one common thread between the two – creativity.

“Root beer is a craft. It takes testing many different formulas; it takes creativity,” he said.

Made with twice the amount of all-natural ingredients, Tange has perfected his family recipe over years of trial and error. Champagne yeast, spring water and pure cane sugar are carefully combined with his secret formula to create this rich, bubbly beverage. The champagne yeast is what creates the abundance of bubbles when popping open a cold bottle of Big Dog root beer.

“Watching people’s faces when they pour it over ice cream and realizing they never had something like this before, that’s what keeps me going.” Tange said.

Fond memories also spur on his love for the craft. Tange recalls watching his father make root beer, sometimes having it explode into a sticky mess all over the ceiling if it was stored incorrectly.

“Watching my dad was like watching a mad scientist conduct experiments,” Tange said.

And just as Tange and his father were very close, he fosters the same connection by making root beer with his son Aaron.

In the future, Tange hopes to sell his root beer, which is currently bottled in recycled champagne bottles, at the Eagle farmers’ market. The desire to grow his business spurs not so much to line his own pockets but to support his community by donating to area non-profit organizations such as Idaho Mastiff Rescue.

“Big Dog is about the flavor of the root beer, putting smiles on people’s faces, and at the end of the day, giving the profits to non-profit organizations.”