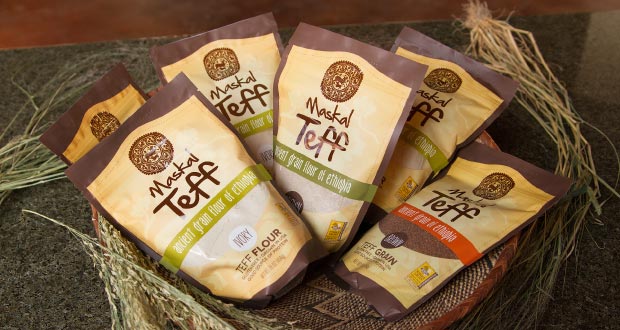 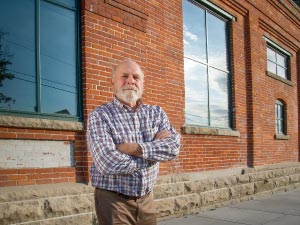 Nearly 35 years after Wayne Carlson launched what is now a leading supplier of the African small grain called teff, he still wonders if it was a good idea. “It has worked, but if I had to do it again, I would keep a day job,” he said.

The Teff Company succeeded largely because Carlson and the farmers he enlisted grew the enterprise slowly out of necessity. “It has been relatively slow, steady growth all along,” he said. “That was by choice, and by the fact that we had financial constraints. But constrained financials limit your mistakes. We had invested our time, and we had skin in the game.”

Teff is an annual bunchgrass native to Ethiopia and Eritrea, where it is a staple in offerings like injera flatbread. Teff lacks gluten and is known for its balance of amino acids as well as high levels of protein, calcium, and iron. It grows well in places that have hot days and limited precipitation, one reason Idaho is a leading U.S. producer.

Carlson, whose “day job” was in public health research, learned about teff while working on projects in Ethiopia in the 1970s. He liked it as a food staple and saw its potential in Idaho. He started setting up the business in 1981, selecting varieties he thought would grow well here and meeting with farmers. It was 1984 before the business generated income as a going concern.

“What I wanted to do was transfer a useful, life-sustaining crop from one culture to another,” Carlson said.

He and his wife Elisabeth sought steadily growing revenue instead of the kind of promotion-fueled spike in demand that can propel a startup to big growth at first but ultimately leave it unable to deliver.

“We’ve never consciously tried to build it into the next big thing,” Wayne Carlson said. “We’ve tried to grow it at a rational rate based on real demand, not artificially stimulated demand.” The Teff Company adds growers only if both parties see a fit and a mutual benefit. 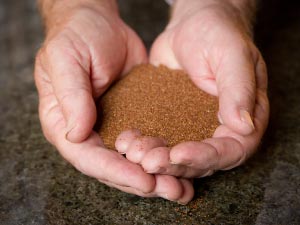 The company employs seven in-house employees in a teff-exclusive production facility and renovated office on Ninth Avenue North in Nampa. It produces its own seed and works with a longstanding group of growers paid on contract. Its Maskal Teff is packaged as flour or grain, in brown or ivory. Buyers include people who moved from Africa to the U.S., other American consumers who discovered Ethiopian cuisine or like teff’s nutritional properties, and rural property owners who buy seed for teff hay.

“It’s something I’m familiar with,” Ethiopia-born employee Yordanos Refu said, “and I feel like they care about the experiences Ethiopians have regarding teff.”

Revenue nearly doubled in the past five years with more customers and growers, but moderate annual growth is targeted, Carlson said. Competition is strong, and the Idaho company’s supply can change as farmers retire or plant a rotation crop other than teff.

“The farmer base is really adaptable to growing different crops and small-seeded crops,” he said. “That has really been a key.”