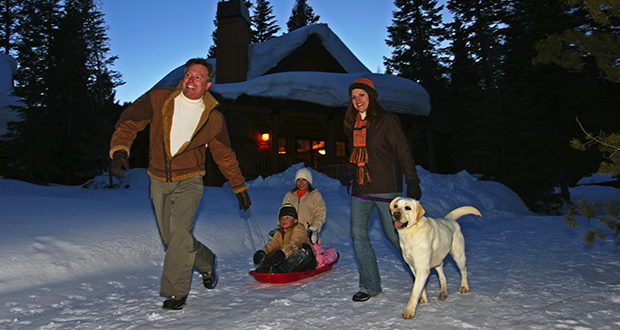 Tamarack is back. Idaho’s family-friendly four-season resort, nestled in the pristine Central Mountains less than two hours from Boise, has started an exciting new chapter that will thrill Treasure Valley skiers and snowboarders. The 39 runs and six lifts, two of them high speed quads, are operating daily again, and the resort is experiencing a reinvigoration, with an array of dining options, onsite daycare, ski lessons, and a variety of onsite lodging choices.

That’s good news for Tamarack’s homeowners, who had been operating the resort themselves on a limited basis since the real estate crisis that sent the once touted resort into foreclosure in 2008. In March 2014, a group of creditors including Credit Suisse assumed ownership of the ski area and resort and hired Replay Resorts, a Vancouver-based global expert in destination experiences, to manage Tamarack’s comeback. 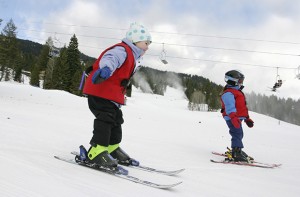 “We’re excited to announce the return of the seven day ski season,” said Mariana Ishida, Development Manager for Replay Resorts, when I spoke to her by telephone. “You have to know where you have been to know where you are going. Replay’s unique experience is recognizing that global and local can be combined to create a unique destination experience. Tamarack is the perfect place for that philosophy, with four seasons of outdoor adventure.”

“Returning this incredible mountain to full operations with skiing and snowboarding every day of the week is exciting for everyone in the Tamarack community,” said David Papiez, project manager for New TR Acquisition Co. LLC (New TRAC), the resort’s new ownership group. “Plus, it will be a great economic boost for Valley County.” Papiez, who has been with Tamarack since 2005, noted that the resort added approximately 30- 40 new jobs as part of the expanded operation.

“We love Tamarack,” said homeowner Sallie Herrold, who lives in Eagle and owns Hollywood Market Yoga in Boise’s North End. “We bought our cabin there a few years ago and are so excited to have skiing every day so that more people can discover what a special place it is. The restaurants are fabulous, and the staff is so genuine.”

Tamarack fired up its snow makers in November to meet its December 2014 opening, making it the first regional resort to open for skiers. It is one of just three resorts in Idaho that can make their own snow, which protects against uncertainty where other ski resorts are dependent on Mother Nature. The resort’s 39 runs offer something for everyone, from the relaxed pace of Waltz, a green run, to the thrill of Tango, a black diamond run starting at the 7,700 summit. The resort also features the Discovery Terrain Park where skiers and boarders can enjoy a variety of features and rails. And skiers can relax after a long day on the slopes at the Osprey Lodge’s full-service spa.

Real estate operations have also resumed, with attractively priced vacation home options starting at just $329,900 for ski in-ski out experiences. “You can’t find that kind of value anywhere else in North America,” Replay’s Ishida noted. “We think Tamarack is priced very attractively for those who want a fun and affordable four-season resort experience. Tamarack’s beauty is that it really works for the active Idaho lifestyle, as well for those who simply want to unwind in a beautiful and relaxing setting.”

“This experience is open to everyone. The new Tamarack wants to be Boise’s playground,” Ishida said. “We want you to come back and feel like you are coming home.”