My Life in Rock and Roll 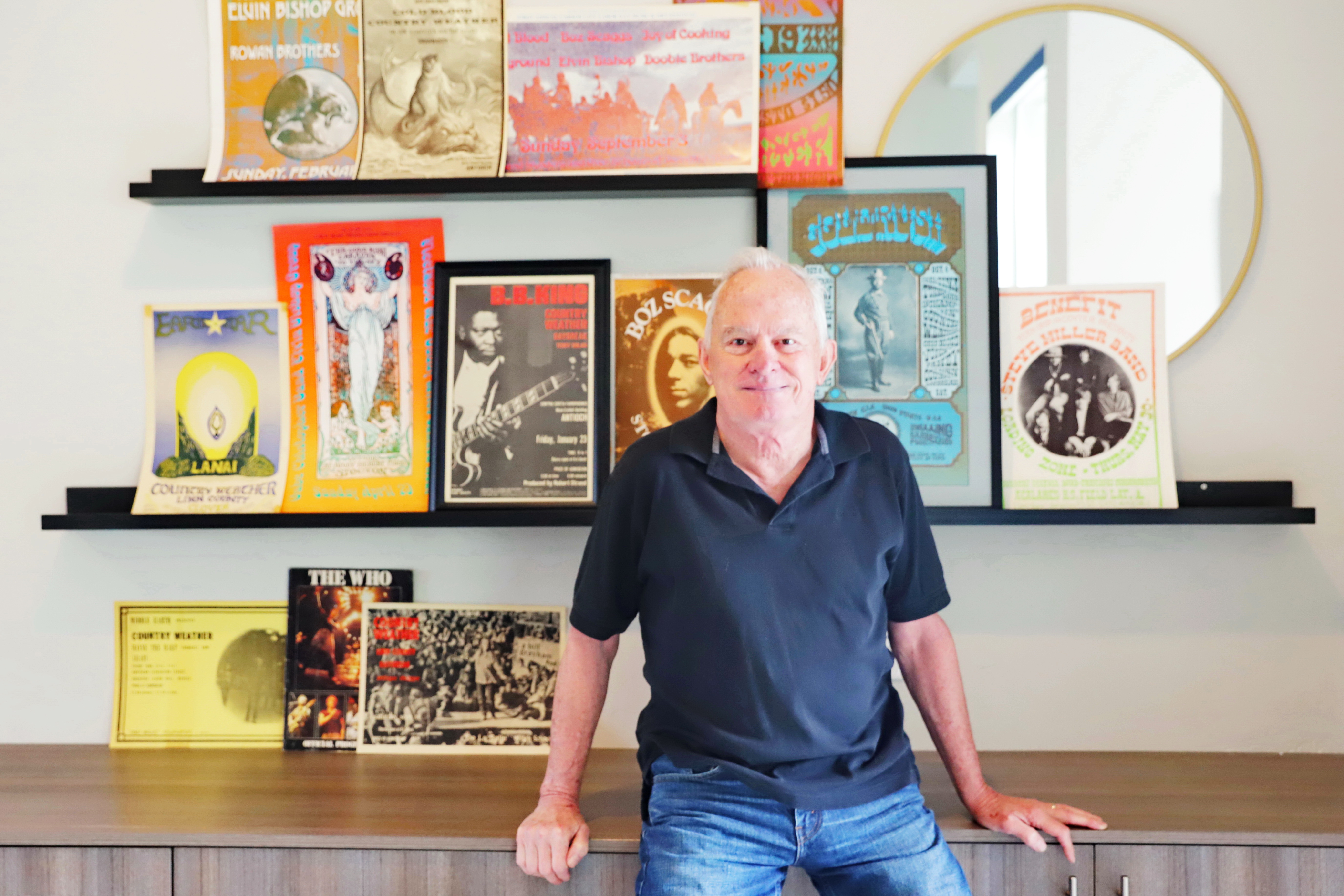 Amador County, nestled in the heart of California Gold Country, was the site of a 1969 rock festival that is regarded by many to be one of the era’s most memorable: The Amador Gold Rush Music Festival.  Taking place 3 months after Woodstock, it has been described as the Northern California equivalent to that iconic music event.

The promoter, Robert Strand (Gold Rush Productions), jumped on to the stage that fresh October morning and surveyed the natural beauty of the setting from the stage that took full advantage of the natural amphitheater created by the lake, clearing of trees and elevation.

He took the mic and greeted the crowd of 40,000 with equal parts excitement and nervous sweat as he mentally went through the line-up of the day:  Santana, Ike and Tina Turner, Bo Diddley, Albert Collins, Taj Mahal among a perfectly blended roster of Bay Area talent.

It was a perfect sunny morning at this scenic remote location by the lake, and the crowd that spilled in was young, euphoric and eager to groove to great music all day long.  They had paid $3.00 for tickets and patiently endured the traffic jam on the 2 mile one-lane road as they parked, carried their blankets and walked another mile to the lake and stage.  They felt one with the crowd; the vibe that day was quintessential 1960’s peace, love and rock ‘n roll.

Bob describes what he remembers as a magical day, “The day was perfect.  Putting it all together had been a nail-biter, I’d hardly slept, but in the end, everything lined up:  weather, gorgeous setting, the music, and a happy, loving audience.  We had it all.  Lasted from 8 in the morning until after midnight.”

Today Bob is happy to make Eagle his home, he left the music business years ago, but he lights up when recalling his San Francisco rock ‘n roll days. In addition to his job as a concert promoter, he managed a talented band, Country Weather, who came miraculously close to hitting it big.

His stories describe how he hustled to get his band on bills with the headliners of the day: Grateful Dead, Fleetwood Mac, Steve Miller Band, BB King and more.  He was part of history in the making, being backstage at iconic San Francisco venues like the Filmore West and Avalon Ballroom.   He did business with Bill Graham, the colorful trailblazer concert promoter of the era, and was often on the receiving end of Bill’s brutal negotiations and hot temper.

Bob has a great collection of concert posters and memorabilia from that era, and countless stories to share of this golden age of rock. Fifty years later, the Lake Amador Music Festival is still being discussed by those who attended and consider it to be one of the greatest music festivals of the time.  Bob has produced a four-part oral history of the event that can be found on youtube, “Lake Amador Music Festival Commentary 1-4” where you can listen to his first-hand account of all aspects of that historic rock event.

Previous articleA Week of Art, Culture, and Experience
Next articleBeakerz Science: Science can be seriously fun!