Home / Departments / Close Up / Love From the Inside Out

Love From the Inside Out

Tammi Baliszewski, former model, actress, and now author and artist shared the secret to true success with Eagle Magazine: finding your soul-self within.

Baliszewski wears many hats, but wears them all with a kind heart. She’s a mandala facilitator, Holistic Life Counselor, radio host, best-selling author, artist and the creator of a local nonprofit organization called “Art and Soul.”

Early Life
Born and raised in Kansas, Baliszewski moved to Las Vegas, at the age of 21, and embarked on a career as a cosmetologist. After a short time, she found herself modeling: doing fitness, swimwear, calendar work, and trade shows. This led to opportunities in Los Angeles.

Baliszewski focused on her acting career and was cast in Baywatch, commercials and soap operas, when she met her then fiancé Kelsey Grammer.

“I felt silly running around on my little auditions when he was so well-known and well respected as an actor,” Baliszewski said. “I just quit and started drafting behind him.”

During her relationship, Baliszewski admits she “gave up her power” and started living in Grammer’s shadow. Throughout the three years they were together, she grew insecure and unhappy. This led Grammer to call off the engagement, leaving her feeling abandoned and deeply depressed.

“This was a very challenging time. However, it was what started me on the journey of soul-level learning. I felt like a victim, but knew I had to shift my perspective if I wanted my life to improve.” She started meditating and listened to the voice within, which encouraged her to stop looking backwards with regret, and rather forward with optimism and gratitude.

She knew the healing process would be a long, arduous one, but was motivated by the belief she could be of service one day. This inspired her to go back to school and study massage, polarity balancing, and craniosacral therapy. This ushered her onto the path of studying hypnotherapy, psychology, spiritual psychology, and metaphysics.

She obtained a Bachelors of the Arts in Psychology, completed the Master of Arts program in Spiritual Psychology, and a second Master’s program called “Consciousness, Health and Healing” at the University of Santa Monica. She then obtained a Ph.D. in Holistic Life Counseling and a second Ph.D. in Metaphysical Science.

Baliszewski found, after loving herself from the inside out, she was able to manifest true love. She’s been happily married since 2004 to the man she knows is “The One.” Dr. Tammi says: “Once we respect, know, like, and love ourselves, is when true love shows up.”

On Writing
“I didn’t intend to be a writer,” Baliszewski confessed, as she explained how her writing career came about. “I would meditate and ask God ‘what would you have me do?’ and I heard the word ‘write.’”

And so she did. She began jotting down ideas about manifesting a healthy relationship (terrain she knew well) in a notebook. Four years later, Manifesting Love from the Inside Out, her semi-autobiographical self-help book, was published.

Her second book Manifesting Prosperity from the Inside Out, published in 2014 garnered best seller status, and focuses on understanding self-value, claiming worthiness, and receiving graciously. Both books are guides that blend psychological and spiritual principles and include empowering exercises after every chapter.

To get a sense of what Baliszewski does, download her free eBook The Path to Prosperity, which includes a guided meditation at www.tammibphd.com.

Radio Show
After doing an interview about her first book Dr. Tammi was offered her own radio show. Though she was nervous, her inner voice prompted her to say yes. And Journey to Center, was born. Baliszewski interviews authors, teachers, and uplifters. She also shares her most important life lessons and transformational tools. Her podcasts are available on empowerradio.com, itunes and I Heart Radio.

On Living
“In Zen teachings, we are told pain is the Universal great awakener. The truth is, our soul cares very little about our comfort, our soul is concerned about growth. What we may perceive as the very worst thing that could happen from the level of our personality, could possibility be the best thing from the perspective of our soul,” Baliszewski shares.
“It is unfortunate but true, most humans tend to learn more from discomfort and pain, rather than from comfort and ease. With that being said, I do believe once we learn a lot of our soul level lessons we can ascend into higher states of grace, ease and joy. And my intention is to help as many people as I can get to this higher ground, by giving them the tools to access their own inner wisdom and hear their own inner voice,” she said about her role as a Holistic Life Counselor.

Future
Dr. Baliszewski plans to focus on her nonprofit organization and discloses that there are exciting things in store for 2018. As for the coming year, she plans on completing her home in Las Vegas, and possibly do small invitational retreats. Opportunities are presenting to work with some world-renowned authors and teachers. “It’s is an exciting time! Now that I have lined up with my soul-self, and have found my authentic shape, it is my honor, pleasure, purpose, and privilege to assist others in doing the same.” 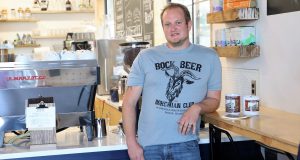 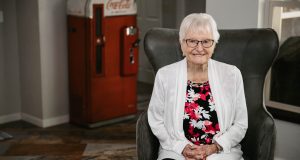