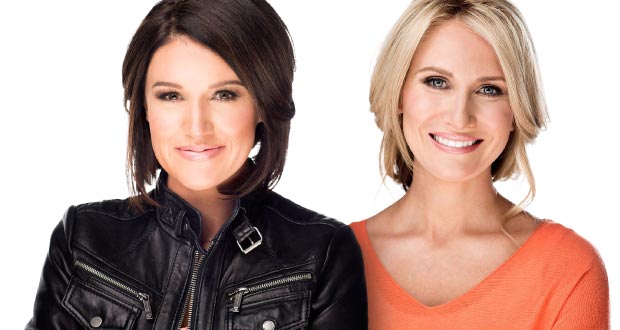 Living life well on a budget

Local Eagle residents Heather Wheeler and Joanie Demer have revolutionized the way we look at shopping and the many ways we can save. It started out simple, as most things do, with one burning need: to save money. Both Wheeler and Demer had families to care for on a limited salary; they were spending more money each week on products they could absolutely not go without like diapers, food, and toiletries. They wanted freedom from spending hundreds of dollars on necessities that they had little to no choice in purchasing.

Wheeler was raising a rambunctious two-year-old and had just become the proud parent to a newborn. With another mouth to feed, she began to realize that even buying generic wasn’t saving as much money as they needed. Demer and Wheeler both knew that as mothers, it was their duty to provide for their children, but money can only be stretched so far. So they sat down, created a budget, and looked at monthly expenses. Their largest expense was the grocery bill, well over $500 a month.

It was near the end of 2008 when they decided to make the change that would end up being a savings catalyst for consumers everywhere. The idea came to Wheeler from a family member, an aunt in Utah, who had begun couponing and swore it changed the way she would shop forever. A bit skeptical but hoping for a miracle, Wheeler began clipping newspaper ads and searching online for deals. With coupons in one hand and a shopping cart in the other, she and Demer started their revolution at a local grocery store.

They remember looking at each other as they made their way toward the exit with full shopping carts and wondering, “Are they just going to let us walk out of here with so much free stuff?” They had spent under $60 to purchase everything they needed and more. At that moment they knew that they had to share this knowledge with consumers across the globe, and that is precisely what they have been doing.

They co-authored a book together, Pick Another Checkout Lane, Honey, which has been wildly successful. The book lays out their couponing tactics and teaches people how to become master shoppers. Their website, krazycouponlady.com, is incredibly useful for all products, not just groceries, and conveniently compiles almost every coupon you could ever need for almost any product you could think of. It’s easy to use and makes the shopping experience significantly less painful. Their latest endeavor, which will generate even more ease-of-access to saving, is their app that holds online coupons that you can simply show at the register. Wheeler and Demer know they’re not the first couponing website or application, but it is their goal to make theirs the best. The app has been in the works since last year and was launched mid-August.

The Krazy Coupon Lady has become so much more than a coupon site – it is two women’s dedication to becoming consumer advocates. There is no going back to the old way of shopping for Heather Wheeler, who says “It’s easy to spend 30 minutes a week when you’re saving hundreds of dollars.” What would you buy with over $300 extra each month? Would you finally take that trip to Costa Rica?